Up Close: The Cooler

Up Close:  The Cooler

Big isn't it.  But then we didn't really expect it to be small did we.  It is in fact only 165mm tall without it's fan, and the same again according to the Noctua stats once the fan has been added.  For our part however we can't help thinking it looks quite a bit taller with the fans prodruding above the top layer of the fin stack.  Exactly how high depends on where you place those fans, but having placed ours at the same height with the front fan mimicking the height of the already attached middle fan we would say the height is closer to 175mm. 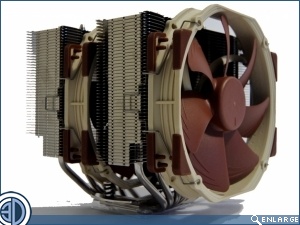 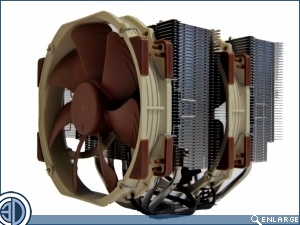 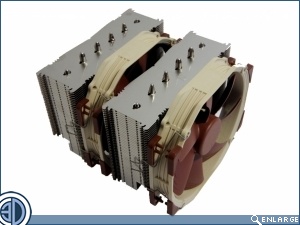 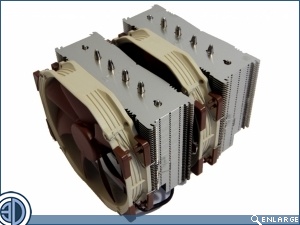 The extra 10mm of width over the D14 has permitted Noctua to space the heat pipes out that little bit more.  In practical terms this should mean more even heat transfer and distribution into the fin stack 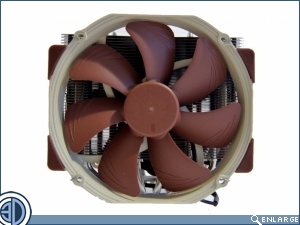 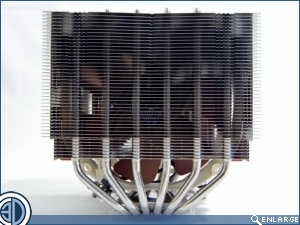 When viewed from the side you get a real idea of the true width of this beast.  With both of the NF-A15 fans attached the cooler will straddle an amazing 165mm of motherboard, certainly bringing it waaaaay into the ATX no go zone.  Exactly to what extent it ignores this zone we will see when we come to fitting.  We've also dropped the fans down a bit on these images but found we had to raise them again to get them to fit over our quite modest RAM. 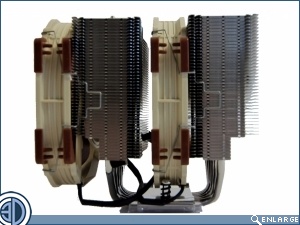 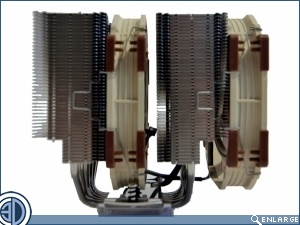