The graphs are now in jpeg format for all the mobile device users out there and are placed in order with the best performing at the top so as to help better visualise where the cooler we're testing comes in the pack.

As usual we'll be testing our coolers at varying levels of overclock and increasing levels of voltage.  This in turn of course means increasing levels of heat which the coolers need to dissipate.  To begin with we start with the undervolted stock speed.  Why undervolted? well if you have things set on "Auto", you may well be using more volts than are actually required to run at the chosen frequency, for example our 3960s will run quite happily at just 1.1volts, solid as a rock, 24/7, and as such we use this as our starting point.

So far so good.  the 12v and LNA temps are essentially the same, meaning that if you're running at stock then you might as well go stealthy.  But we're not really interested in this are we.... 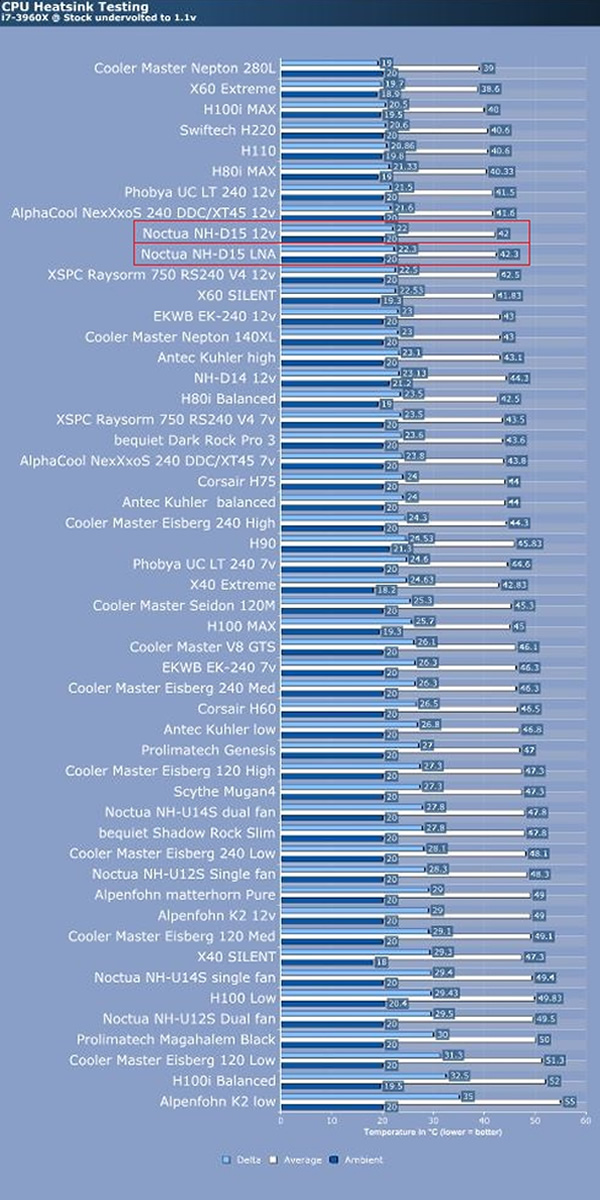 At the higher levels of heat generated by the increase in voltage required for the 4.0GHz overclock, fan performance, although still a factor becomes less critical, replaced instead by a coolers ability to conduct the heat up the heat pipes and more crucially the total surface area of the fins enabling convection to the atmosphere.  In the case of AIOs and water cooling the surface area of the radiator and the efficiency of the contact plate begin to play more of a factor.

We thought it might do well, but seriously we weren't expecting it to beat three of the four custom 240mm rad loops in the charts.  Even with the LNA fitted it still deports itself well, coming in only a degree or two behind the D14 at the full 12v. 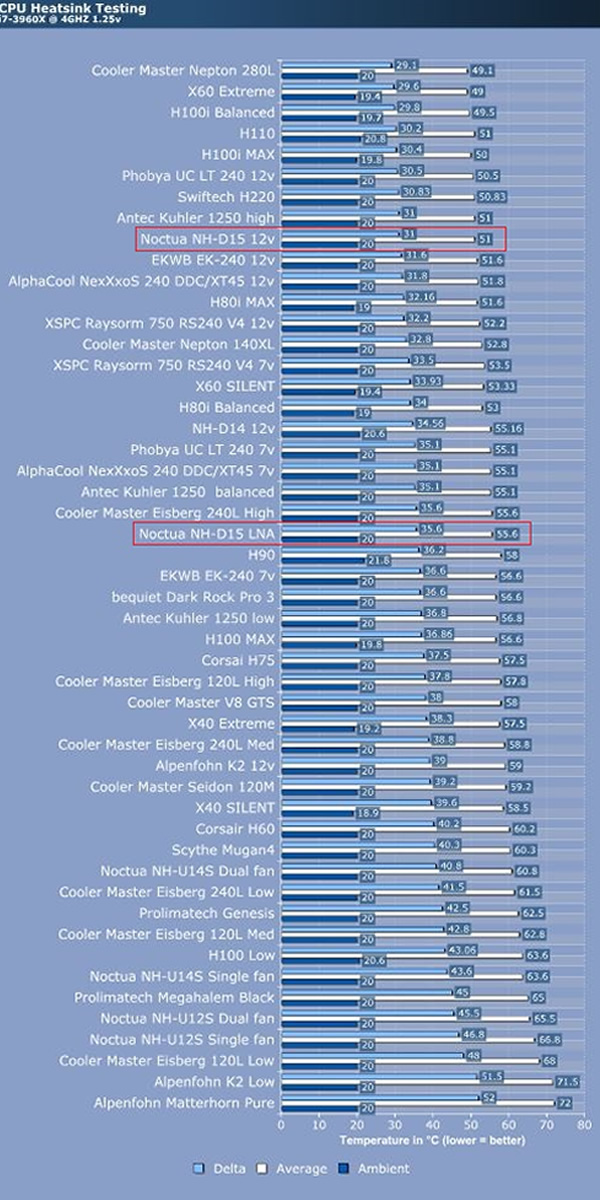 This is what we're really interested in isn't it.  The 4.4GHz test.  It's fair to say the Noctua NH-D15 is the new air cooling champion, bettering the D14 by 3 degrees.  Not only that but it's also beating a good few of the AIOs and the Alphacool 240mm Custom loop.  With the LNA adapters fitted the D15 still romps home ahead of the bequiet Pro3 at it's full 12v 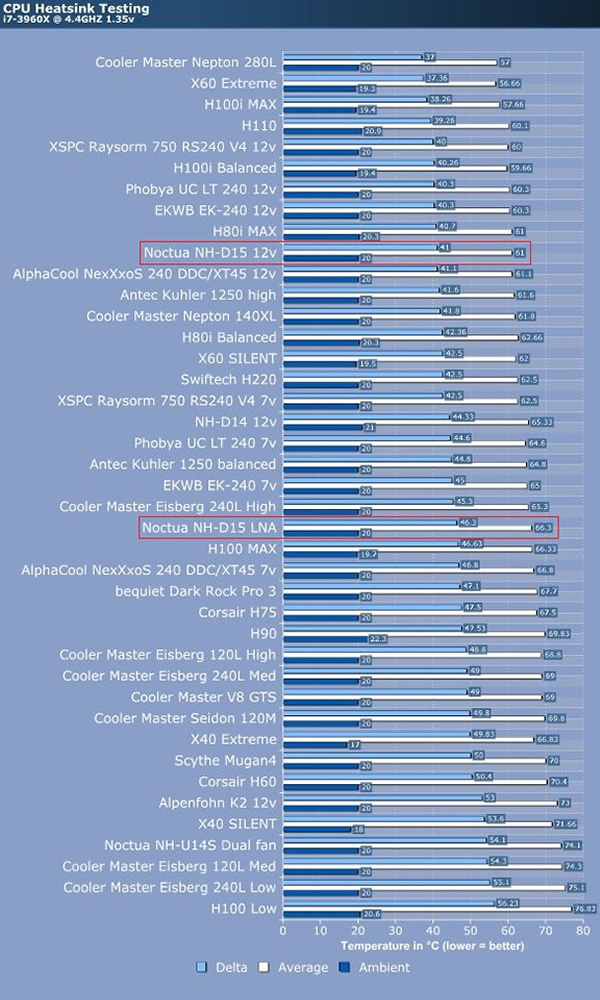 We were hoping to put the results of the 4.6 test here as we were supremely confident it would scrape in.  Sadly it was not to be as one core repeatedly nudged its way just over the 80 degree mark.  So close was it that we even re seated the cooler and had another go but alas it was not to be.