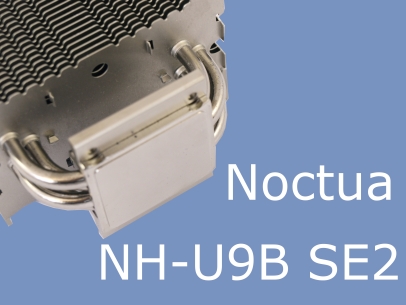 The NH-U9B's packaging follows Noctua's standard theme of maroon on black. The front of the box reveals one of the heatsink's two 92mm fans. Opening the box from the top reveals two further containers inside. 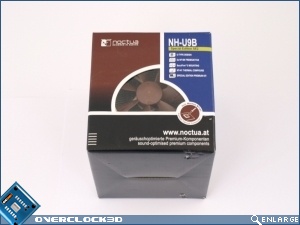 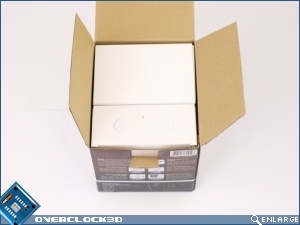 One box contains the heatsink's accessories, the other contains the NH-U9B itself. As far as accessories are concerned, you are provided with two separate mounting kits (1 x AMD, 1 x Intel), two fans and an instruction manual. 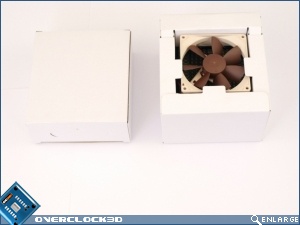 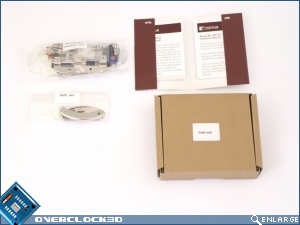 The cooler itself directly resembles its bigger brother, the NH-U12. It features a dense fin structure and four (albeit not direct contact) heatpipes. All in all, the U9B manages to offer a large workable surface area, particularly thanks to its larger depth. 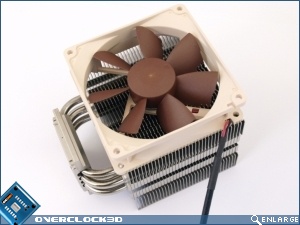 The fans are mounted by means of small metal clips, which link with indents in the heatsink as shown below. 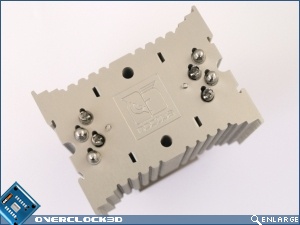 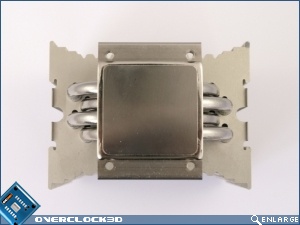 The quality of the base is very reasonable; while not a shiny finish, it is flat and scratch free. The general build quality is to a high standard; levels beyond similar sized heatsinks such as the Arctic Freezer Pro. That said, its price tag and target audience is different.

The installation process is intuitive enough and results in a very tight fit. All in all we spent just under ten minutes fitting the NH-U9B.

alexhull24
Interesting stuff, seems like a typical high quality offering from Noctua, but you do pay for it. Whether it makes sense as a lower-end cooler at that price will remain to be seen I think. Still, it'd be a mighty-nice upgrade from a stock cooler if you want something of top notch quality, otherwise you might be better with something cheaper that can boast better performance, especially if you're not bothered about the fans. The cost of a single fan alone almost justifies the extra cost of this, they are brilliantly quiet for the performance they offer. Shame it's £5-£10 too pricey in my opinion, we'll see if that puts anyone off.Quote

silenthill
Noctua are always going to have hefty prices because of its high quality and unique design so get use to it and if youre looking for something cheap I think Noctua is not the name that comes to mind.

tinytomlogan
Its deffo not a budget brand. And tbh I wouldnt ask for them to do it either. Its quality and works well, some of their products cant be questioned as class leaders, why confuse it with cheapy stuff.Quote

If they started churning out tens of thousands of units of a £10 cooler their high end would suffer more than the drop in price would suggest.

They are onto a good thing and steadily growing, one of my favourite brands even if I hate with a passion their colour scheme.Quote
Reply