Inside the NZXT H1 V2

Inside the NZXT H1 V2

If there is one thing that can be said about the H1 V2, it's that the chassis is well though out. While users can build an incredibly company gaming system within the enclosure, that doesn't mean that building the system will be a troublesome affair. The case's pre-installed CPU liquid cooler is mounted on a hinged plate to make installing CPUs and motherboards easier, and this hinged mounting system is secured using captive screws, which means that losing said screws is impossible.

On the PSU side, H1 V2 users will be glad to know that most cables are pre-routed to make component installation easier, and that the 750W PSU features three 6+2-pin PCIe power cables, allowing this PSU/case bundle to support the latest high-end graphics cards. 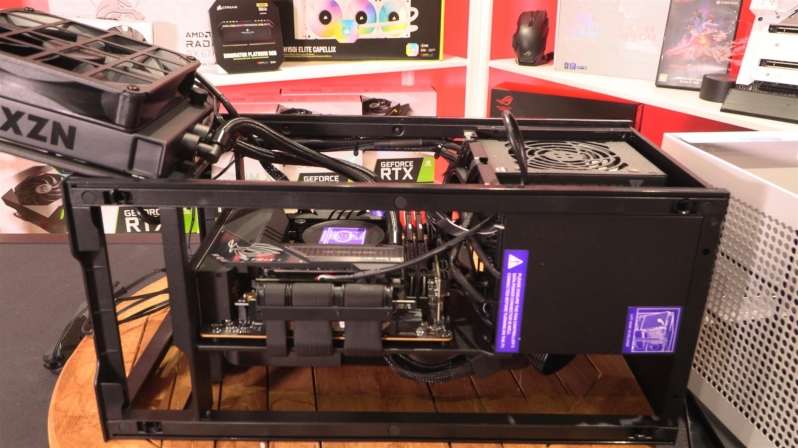 The H1 V2's AIO uses a 140mm cooling fan that acts as an exhaust for the H1 V2, with the fan having a cover plate that helps to prevent poorly managed cables from interacting with the fan. This add-on helps to stop users of the H1 from incorrectly installing components, or to accidentally prevent the cooler's fan from spinning. 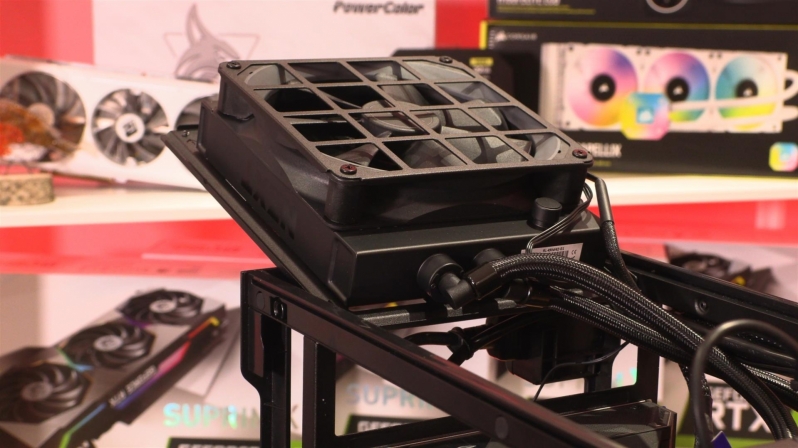 At the bottom of the H1 V2 is where the I/O of your motherboard and graphics card sits. This area is large and well ventilated, allowing large USB drives to be installed here and for exhaust air from graphics cards to quickly exit the case. 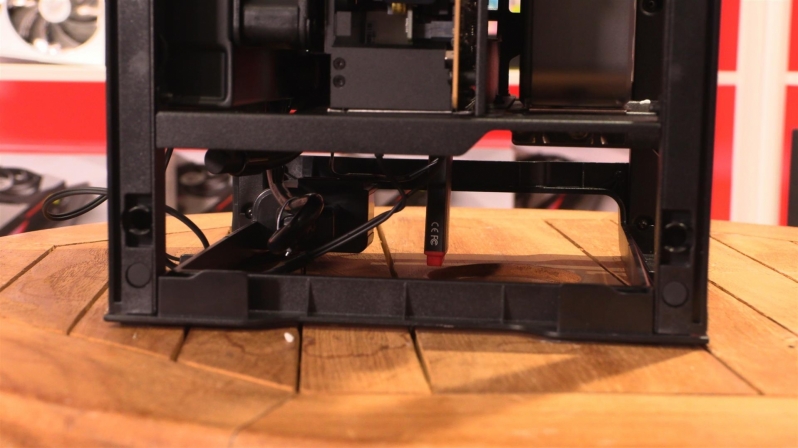 Most cable management within the H1 V2 is at the top of the enclosure, where the case's PSU is mounted. This area also has space for two 2.5-inch HDD/SSDs, which can be installed/uninstalled in a tool-free way. If you are just using M.2 storage, these HDD/SSD slots are a great place to hide extra cables. 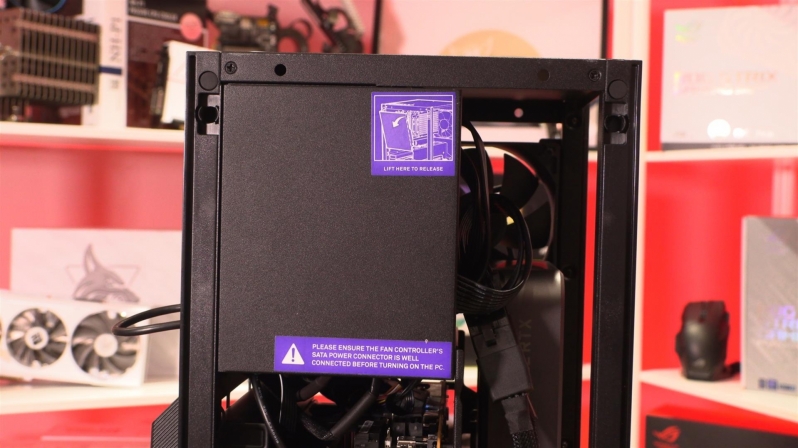 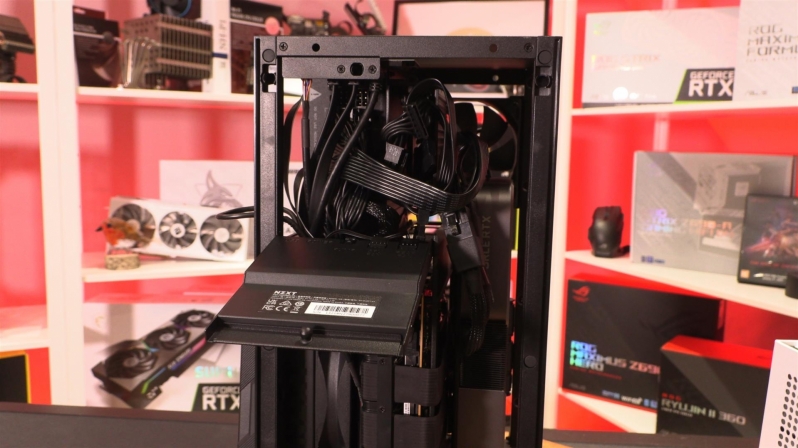 One of the primary upgrades that the H1 V2 has over its predecessor is an upgraded GPU area, which features more space for larger graphics cards, and a pre-installed 92mm fan that helps to move hot air outside of the enclosure. 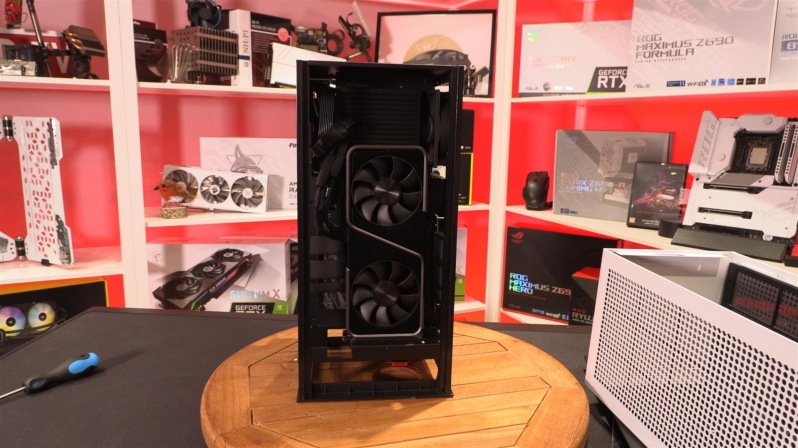 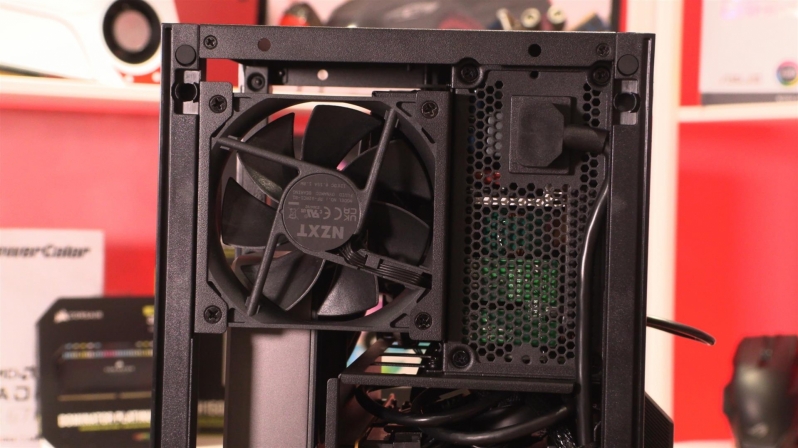 When everything is installed, we can see how compact NZXT's new H1 V2 chassis is. We can see our ASUS ROG Strix Z690I motherboard sandwiched between the H1's pre-installed CPU cooler and the Nvidia RTX 3070 Founders Edition graphics card that we installed within this system. NZXT couldn't make this case much smaller, at least without sacrificing GPU support or replacing the case's AIO liquid cooler with a smaller CPU heatsink. Doing either of these would require major cooling  or compatibility compromises. 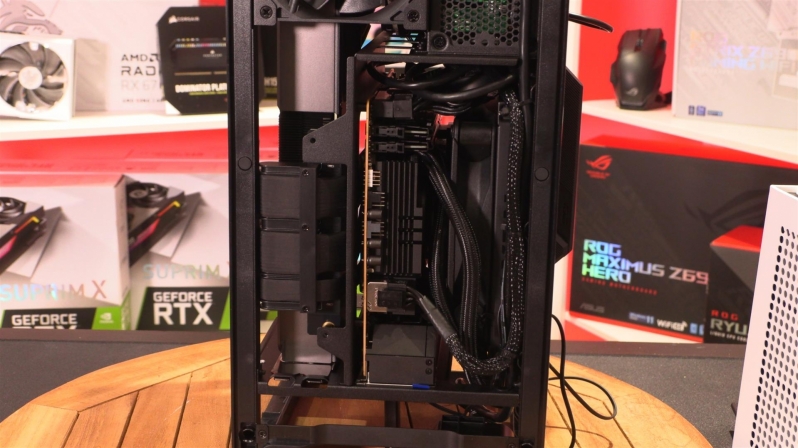