The Build: Inside the NZXT H510 Flow

Inside the NZXT H510 Flow

If you have ever seen an NZXT H510 series chassis, you will know what most of the H510 Flow looks like. The main change is the case's new front panel, which ditched the plain front of the original H510 and replaced it with a perforated mesh panel and some dust filtering mesh. This offers the fan mounts behind the case's front panel direct access to the air outside of the case, allowing it to be propelled towards your hottest components for additional cooling. 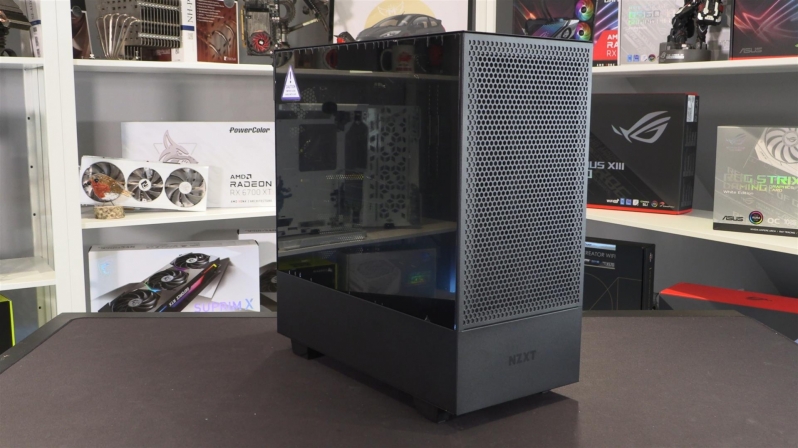 With the front mesh of ZNZXT's new H510 Flow case being removable, it is clear that NZXT has clearly made a lot of minor changes to the H510 to make their new Flow model possible. While the front fan/radiator mounts remain removable, these mounting positions are now easy to access by removing the case's front panel. 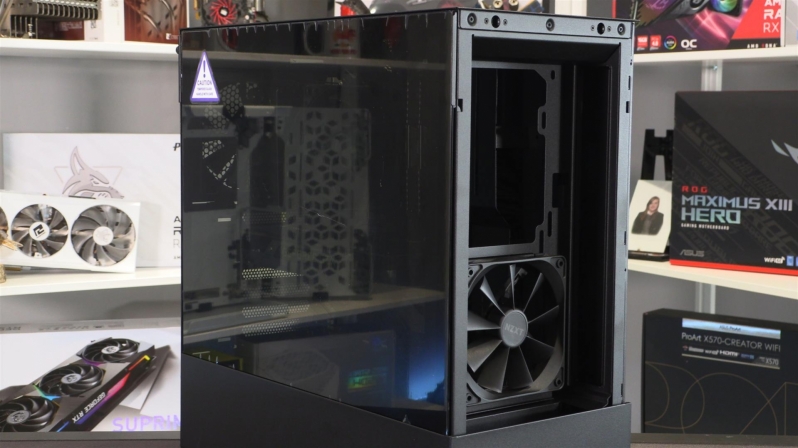 With hardware inside and the Flow's front panel out of shot, it is hard to see any real changes from NZXT's older H510 case designs. 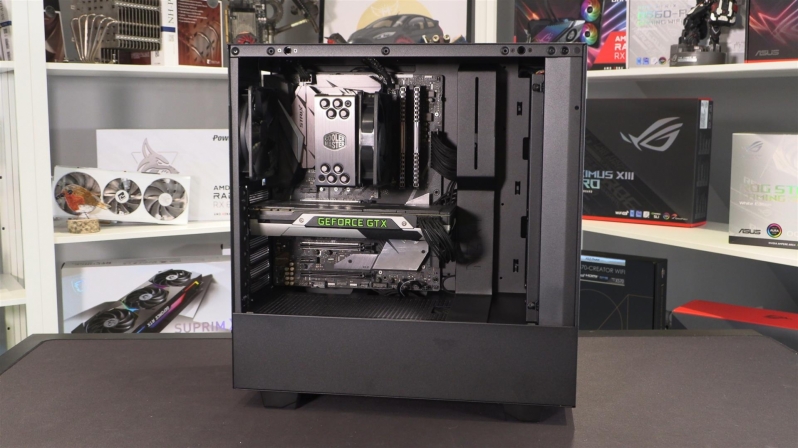 The H510 Flow, like other H510 series cases, is designed with natural cable management positions. While this case has no rubber grommets or anything like that, it remains easy to keep your system's cables tidy, at least from this end of the chassis. 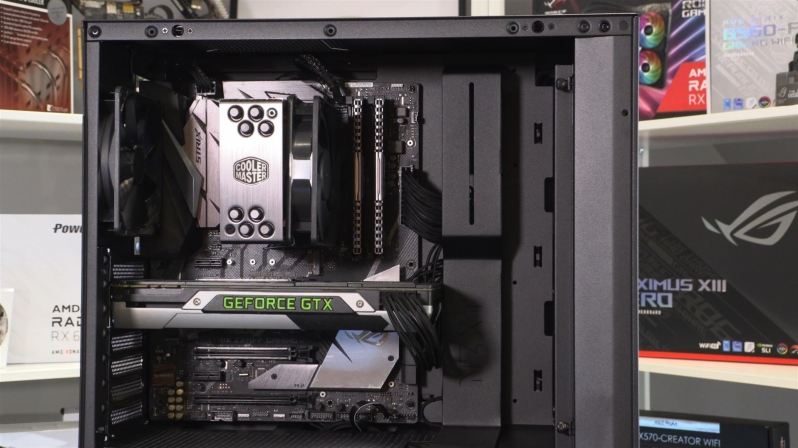 With vented holes at the top and bottom of the H510's PSU shroud, H510 Flow users can mount their PSU in whatever orientation they wish, either taking in air from under the case through a dust filter or from within the enclosure. I/O cables can be easily routed beneath your motherboard to keep them hidden from view. 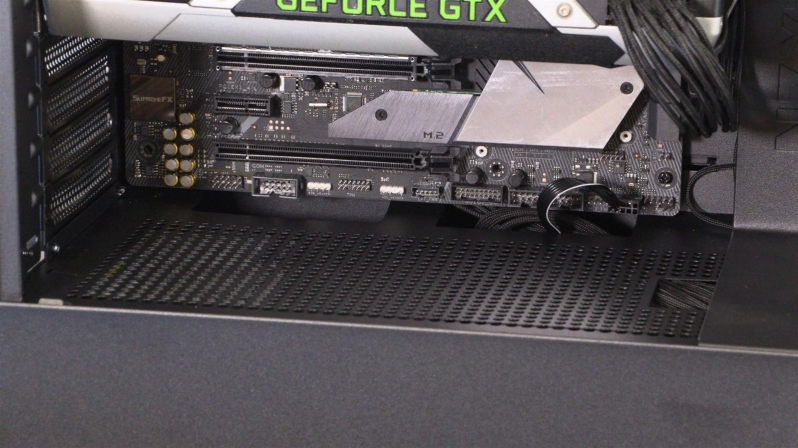 At stock, the H510 ships with a 120mm fan at the rear of the case to exhaust air from around your CPU area and a single intake fan that intakes air and pushes it towards your graphics card. This is an ideal airflow pattern for this case when used in a two-fan configuration. 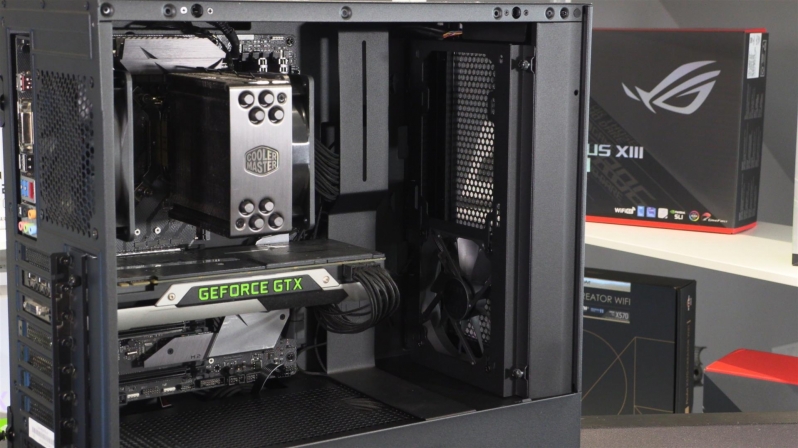 From the rear, the H510 Flow looks like any other H510 series case. It really shows how little has changed with this new design, though that isn't necessarily a problem. 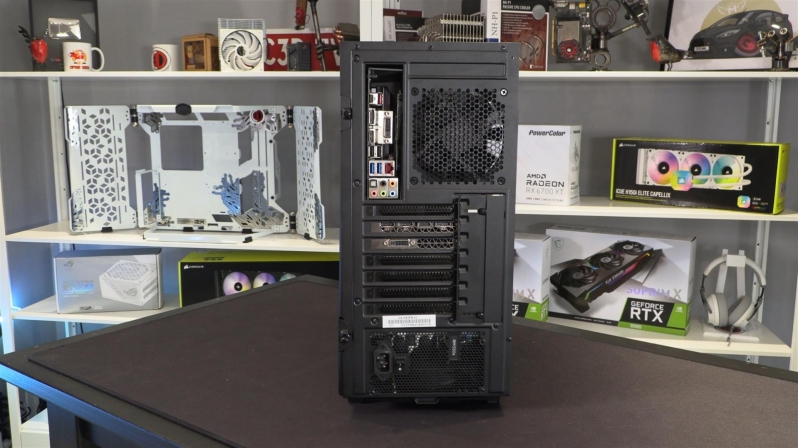 At the rear of the H510 Flow is a removable dust filter that covers the case's PSU bottom air intake. Please ensure that this filter is cleaned regularly to ensure that your PSU gets ample airflow. 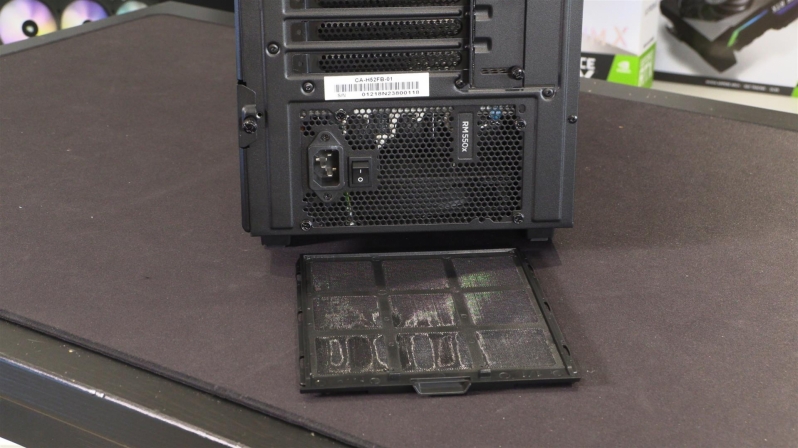 With plenty of space behind the case's motherboard tray, the H510 Flow can be made to look tidy with little effort. Even with cables like this, the case's side panel can sit flush. This should highlight how easy the H510 is to build in. You won't need a bulging side panel when you are building a rig in an H510. 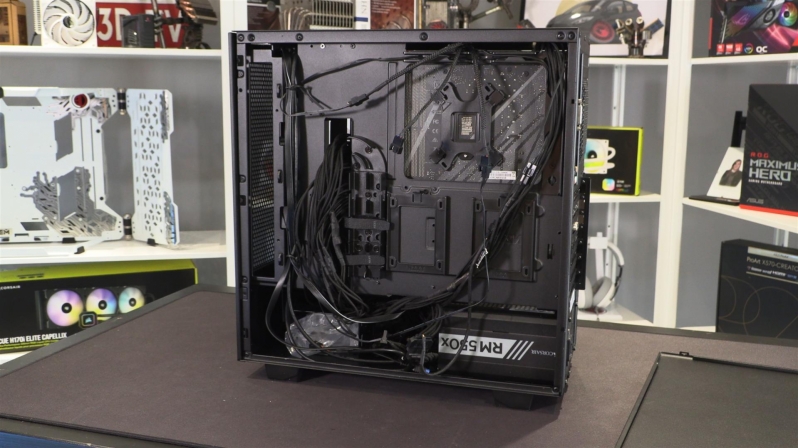 Unlike other H510 series cases, the H510 Flow lacks side panel perforations. Airflow does not come from the side of the H510 Flow, which allows NZXT to release this case with a cleaner, cheaper to manufacture side panel. 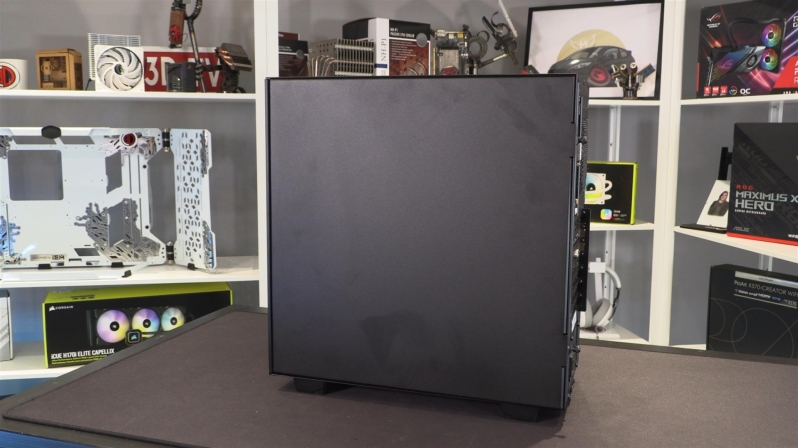 Annoyingly, NZXT's H510 Flow side panel is tricky to remove, and while it is sturdy once installed, we would have liked to have seen NZXT install a better clasping mechanism. We will show why we don't like the current case's side panel mounts below. 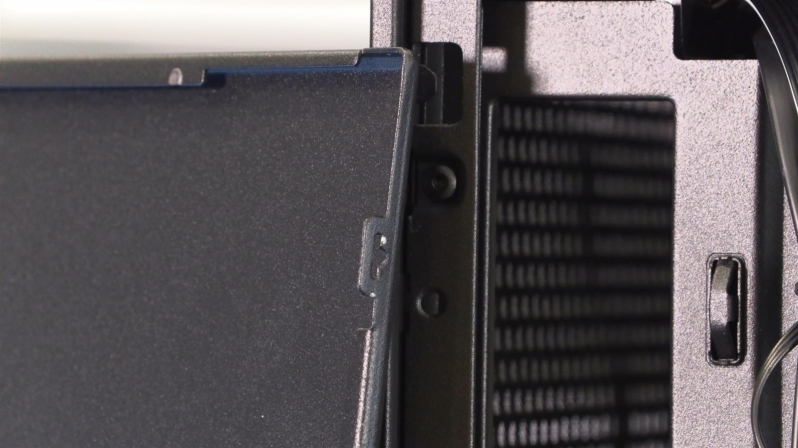 As you can see below, there is a locating slot on our H510 Flow that is bent, and it got bent every time we took off the case's side panel. While the tab was always able to be bent back with relatively little force, it is annoying that this fault is there in the first place, and that NZXT didn't design things a little differently here. We had to take off the side panel in a way that felt unnatural to avoid this issue. 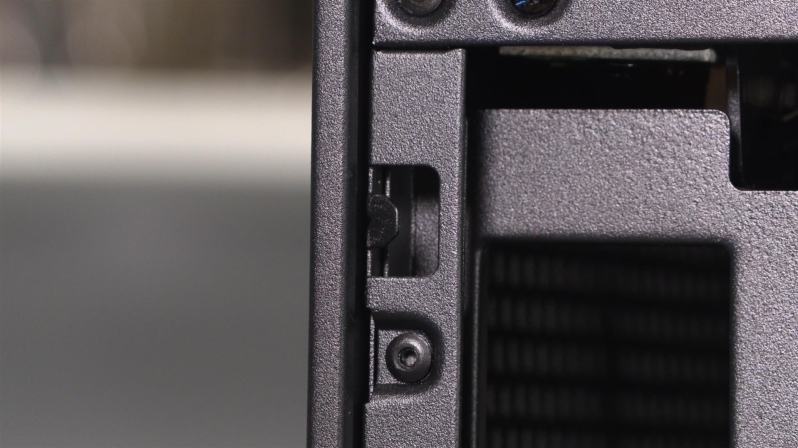