Thermal Testing - Is it better than the standard H510?

In the chart below we have data from NZXT's H510i chassis and NZXT's new H510 Flow. As you can see, we got much better thermals from the H510 Flow, both in our CPU and GPU-focused graphs. When it comes to GPU thermals, the H510 Flow is a full five degrees cooler. That's a big difference. 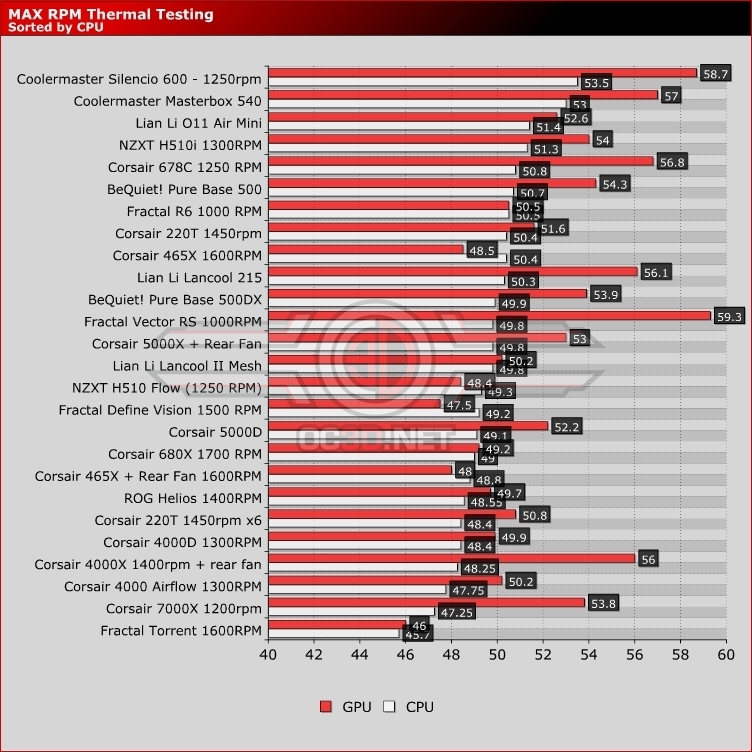 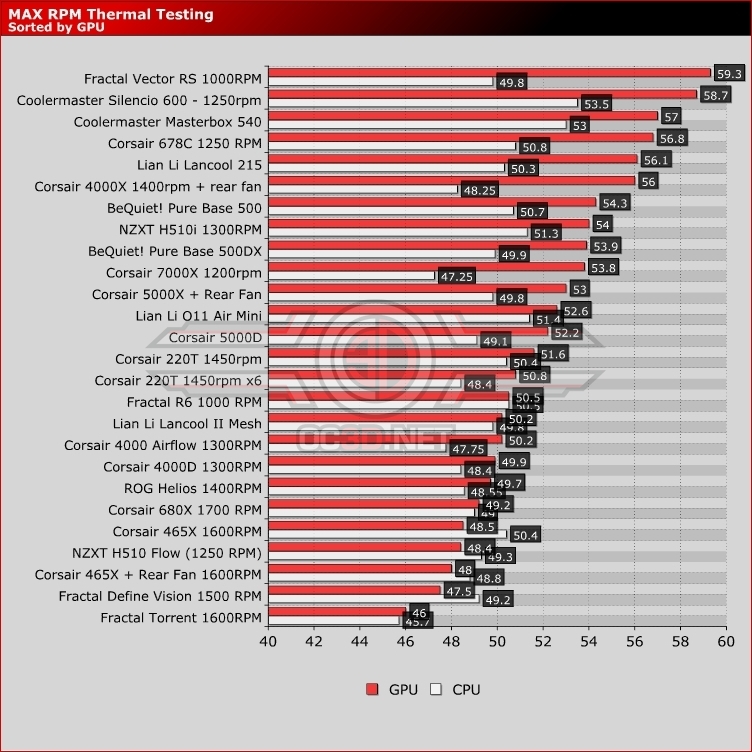 At 1000 RPM, the H510 Flow continues to deliver stronger thermals than the H510i. NZXT has clearly improved their H510 chassis with their new Flow model, delivering a 7-degree drop in GPU thermals. This is why GPU-focused airflow matters! 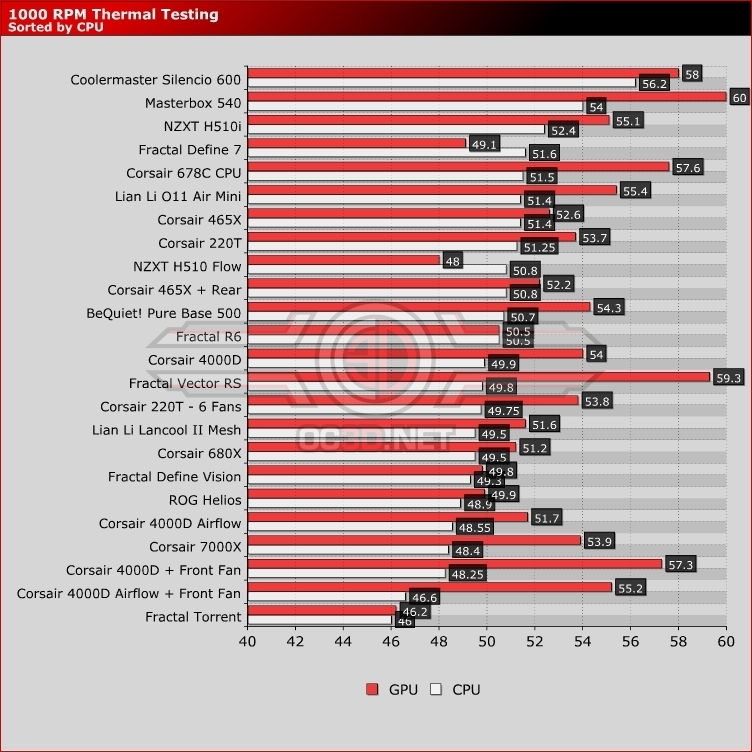 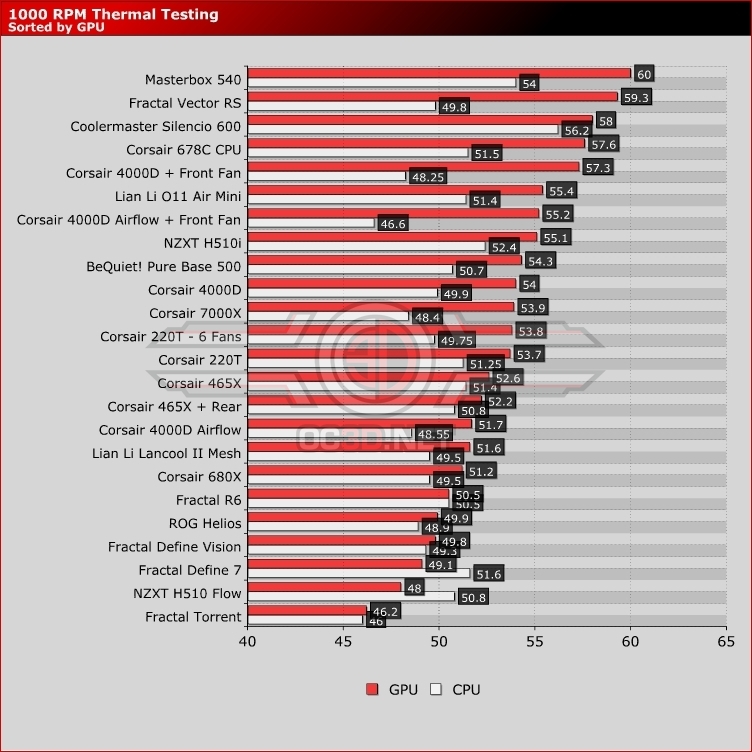 In our low RPM tests, NZXT's H510 Flow continues to dominate the 510i in terms of GPU thermals. The new fan positioning and front mesh of the H510 Flow clearly deliver stronger GPU-focused airflow and give us a cooler-running system. If these tests make one thing clear, it is that airflow matters. 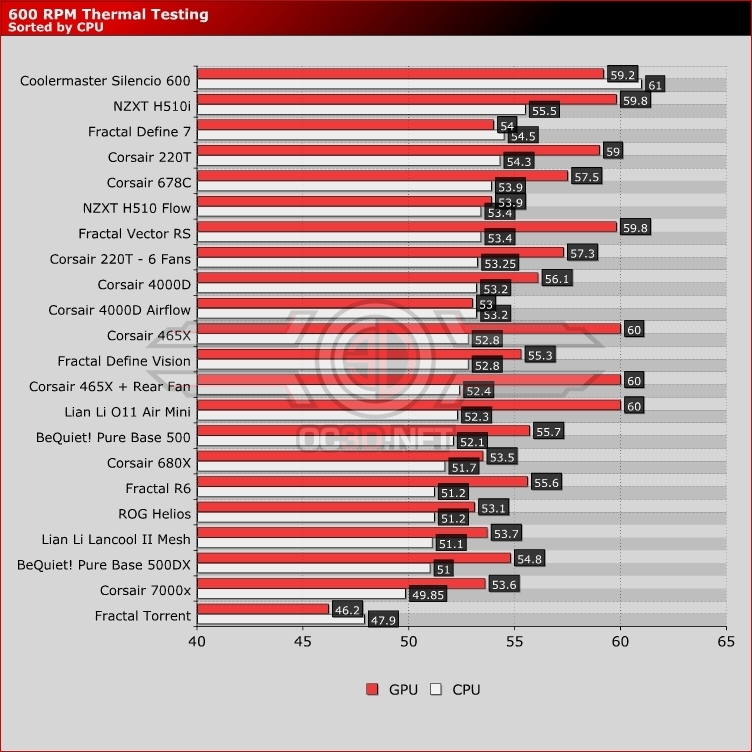 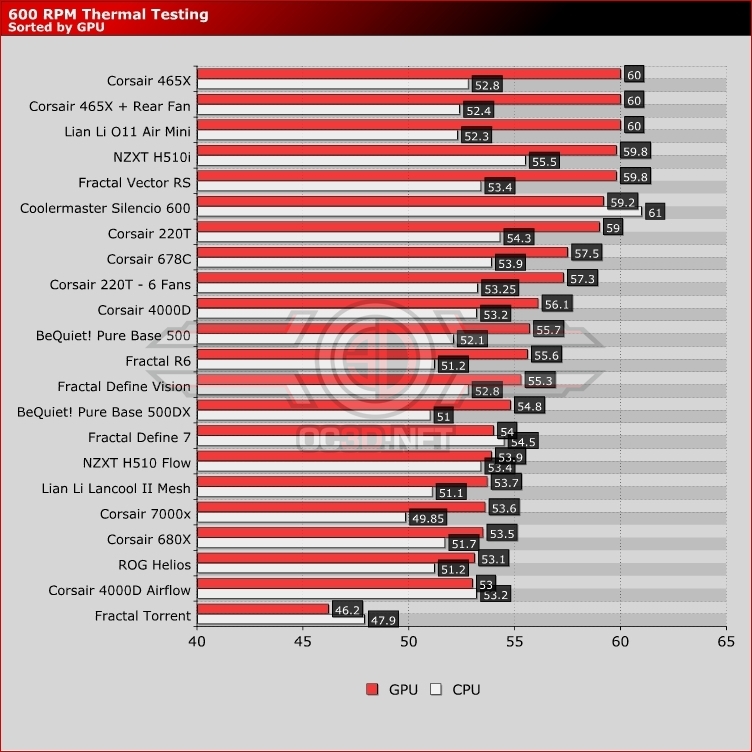