Up Close: Overview and Pump

Up Close:  Overview and Pump

NZXT give the measurements of the X61 as 140x280x27mm (WxHxD), however, in doing so they don't appear to have used a ruler as we got the rad to be 137x310x27mm (WxHxD).  Either way aside from NZXT giving the chap who wrote the copy for the NZXT spec sheet a slap with his new ruler, they pay more than a passing resemblance to the dimensions of the X60 with the exception that the X61 appears to be just 2mm thicker.  As the measurements suggest, the rad is based on a 140mm fan and although two fans are supplied, fittings are included for an additional two units, enabling a push pull set up to be achieved. 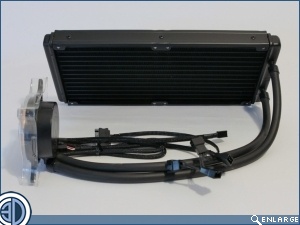 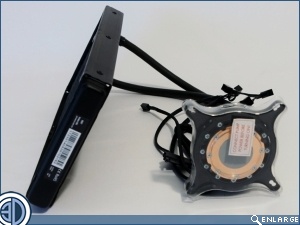 The 400mm long tubing enters the rad equidistant from the midway point, keeping the junctions a good distance from the rad edges.  The attachments appear quite stood off, as if they were only just hanging on however, several good tugs failed to shift them so we guess this is just how they are. 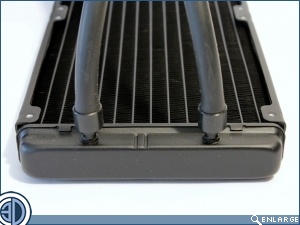 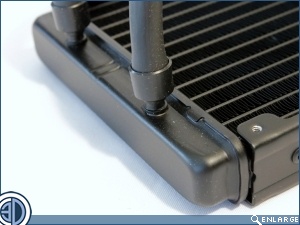 The X61 sports the same revised Asetek Variable speed pump head as the X41 and naturally has the same myriad of wires escaping from it. 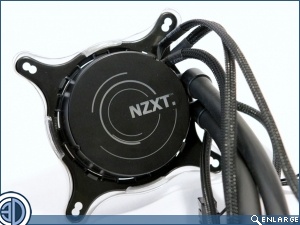 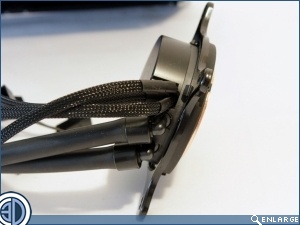 Although it comes pre fitted with the Intel bracket it's easy enough to remove enabling either the fitting of the supplied AMD bracket or perhaps the G10 GPU adapter (not included).  The X61 comes with a film of pre applied TIM, which although handy will be removed by us prior to testing and replaced with our usual Noctua TIM 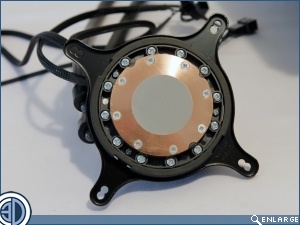 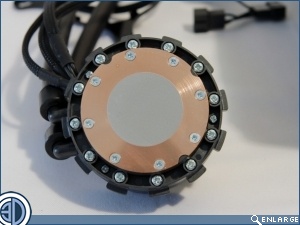 We've mentioned already that the X61 is capable of housing a total of four fans, what's nice is that the wiring loom coming from the pump head is also pre fitted for an additional two fans.  Not only does this make wiring things up easier, but it also means that the additional fans can also be controlled by the CAM software.  It's also great to see that NZXT have taken the time to braid all the cables, with the majority of them already being black insulated anyway. 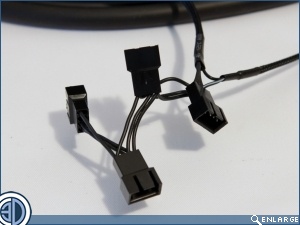 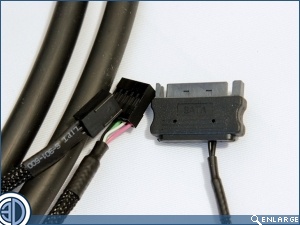