Up Close: Fans and Fitting

Up Close:  Fans and Fitting

The X61 comes with two of NZXTs own white bladed FXV2 fans.  These are visually similar to the FX140s used on the X60 but have very slightly different specs in that they have a marginally higher air-flow with 42.4-106.1 CFM as opposed to the 54.0-98.3 CFM of the originals but a slightly lower static pressure at 0.36-1.97mmH2O as opposed to the older fans 0.8-2.2mmH2O.  This lower static pressure, so critical to radiator performance is, it has to be said, causing us a bit of concern.  We can only hope that the changes have been made in response to a redesign of the rad and that for some reason the lower static pressure will garner better performance. 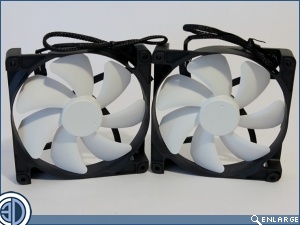 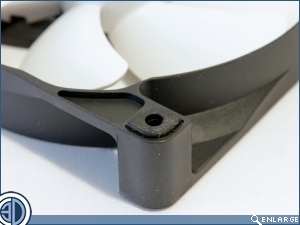 At just 27mm thick the X61 is only just a smidge thicker than the two 25mm fans which sit atop it.  Good cable and tube lengths ensure that alough there's a lot to be dealt with you should have no trouble at all routing it all to its destiantion 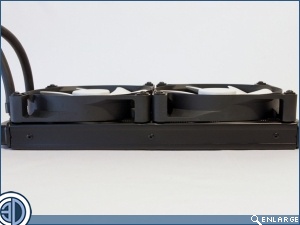 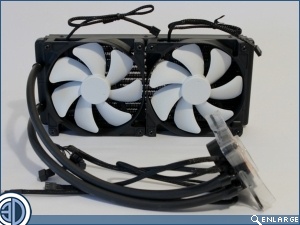 We think the X61 cuts a striking pose when sat assembled and ready to be inserted into our Cooler Master "Test Trooper" case.  Let's just hope it's girded its loins and is ready for the torture ahead. 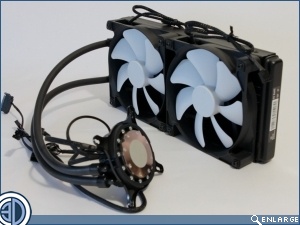 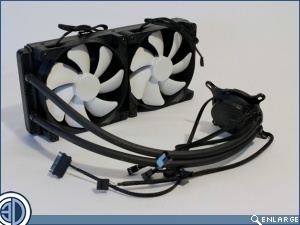