The graphs are now in jpeg format for all the mobile device users out there and are placed in order with the best performing at the top so as to help better visualise where the cooler we're testing comes in the pack.

As usual we'll be testing our coolers at varying levels of overclock and increasing levels of voltage.  This in turn of course means increasing levels of heat which the coolers need to dissipate.  To begin with we start with the undervolted stock speed.  Why undervolted? well if you have things set on "Auto", you may well be using more volts than are actually required to run at the chosen frequency, for example our 3960s will run quite happily at just 1.1volts, solid as a rock, 24/7, and as such we use this as our starting point.

Out of the starting block the X61 makes a god start.  Worryingly though it is already behind it's predecessor at maximum and silent fan speeds. 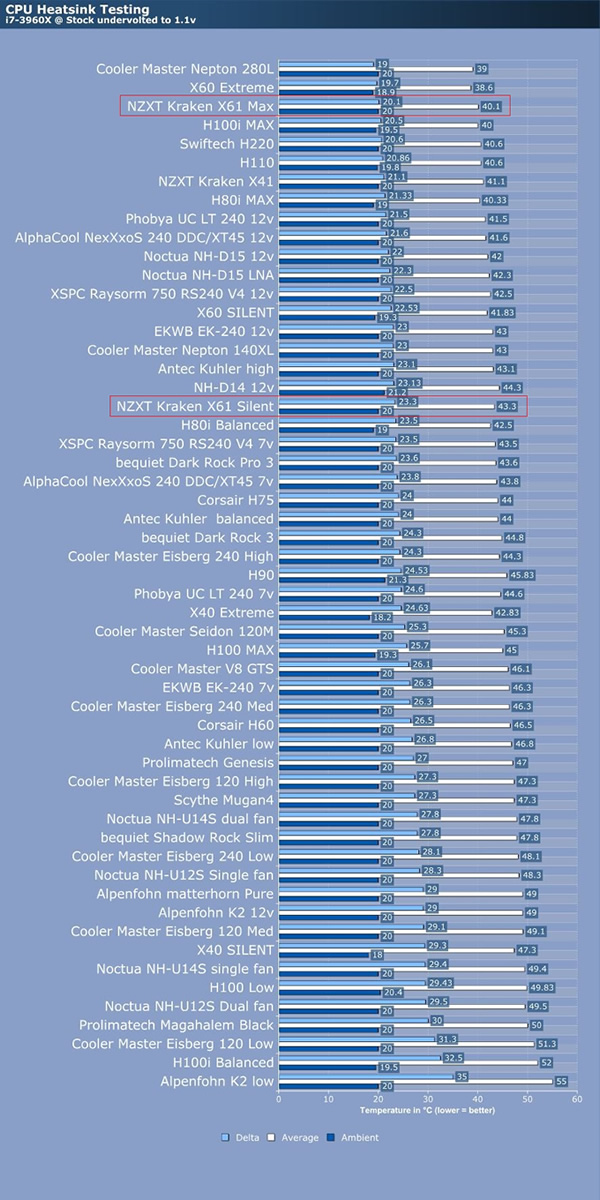 At the higher levels of heat generated by the increase in voltage required for the 4.0GHz overclock, fan performance, although still a factor becomes less critical, replaced instead by a coolers ability to conduct the heat up the heat pipes and more crucially the total surface area of the fins enabling convection to the atmosphere.  In the case of AIOs and water cooling the surface area of the radiator and the efficiency of the contact plate begin to play more of a role

Things are starting too look a little better at full speed now the volts and the heat are creeping up.  The silent option though is slipping well down the charts and lagging well behind the X60 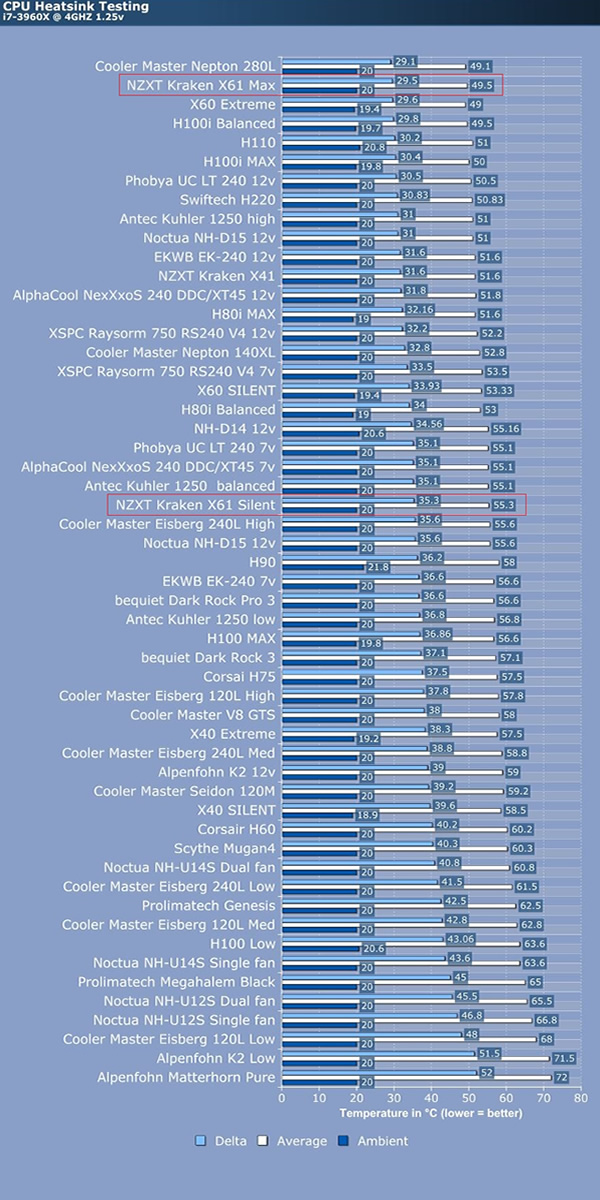 Still not too shabby, could we have another chart topper on our hands??? 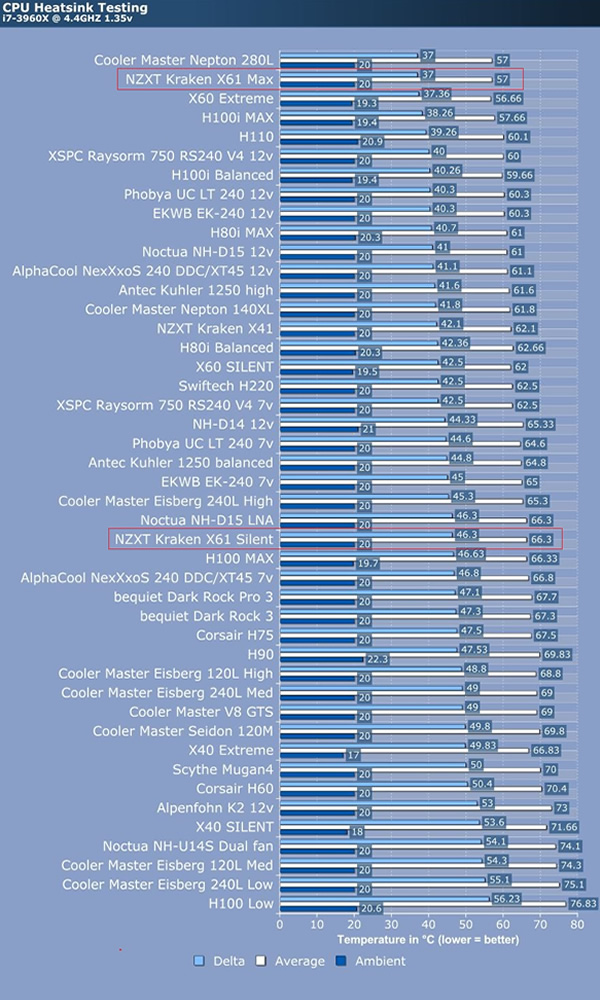 Only the most effective coolers are capable of making it into the hallowed 4.6GHz club and as you can see in the graph below there isn't a single air cooler in this graph, even the NH-D14 does not have enough cooling potential to be featured here. So all that has made this graph so far are the AIO big players and dedicated custom watercooling kits.

Sadly it's all gone Pete Tong as the heat and volts from the testing 4.6GHz overclock cause the X61 to slip down to 4th place.  We had a feeling it wouldn't fare too well, but were surprised when it slipped this far down.  It's rather telling that the X60 in "Silent" mode still features in these charts where the X61 with the fans identically configured does not.  Looks like the fans may just be the weak point. 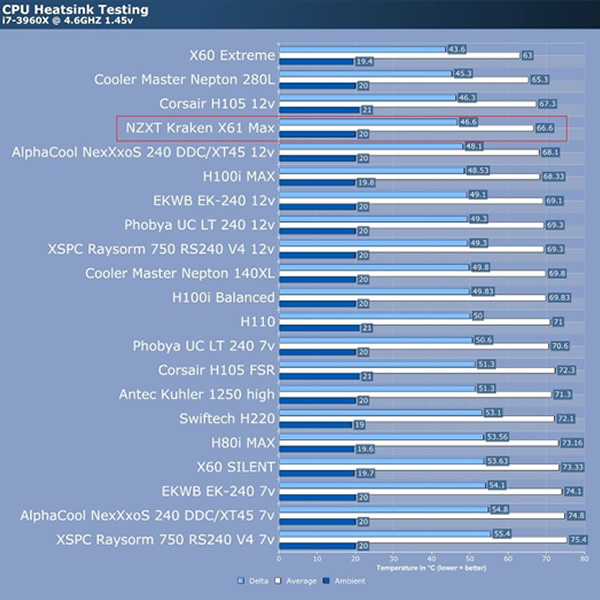