Corsair is the company who popularised Closed-Loop Liquid Coolers (CLCs), forever changing the PC building landscape by delivering pre-filled liquid coolers that could outperform the large air-cooled heatsinks of that era.

With the release of their original H100, Corsair started a trend which many though would cause the downfall of all high-end air coolers, but that wasn't the case. Even now, heatsinks like Noctua's NH-D15 remain popular, as does solutions like Cooler Master's MA620M or Wraithripper. The H100 didn't kill air-cooled CPU heatsinks; they just forced heatsink designers to fight hard for every inch of market share that they could grab.

With their new A500 Dual-Fan CPU cooler, Corsair offers users a large heatsink design, two of the company's award-winning Magnetic Levitation ML120 fans and a classy aesthetic that would fit well with most new PC builds.

Cooling-wise, the A500 uses four large direct contact heatpipes to move heat away from the user's CPU and into the A500s fin stack. Corsair has also pre-applied its premium XTM50 thermal material to ensure optimal thermal conductivity, making the heatsink very easy to install. Future mountings will require new thermal paste, though most PC users can go for years without replacing their processors. 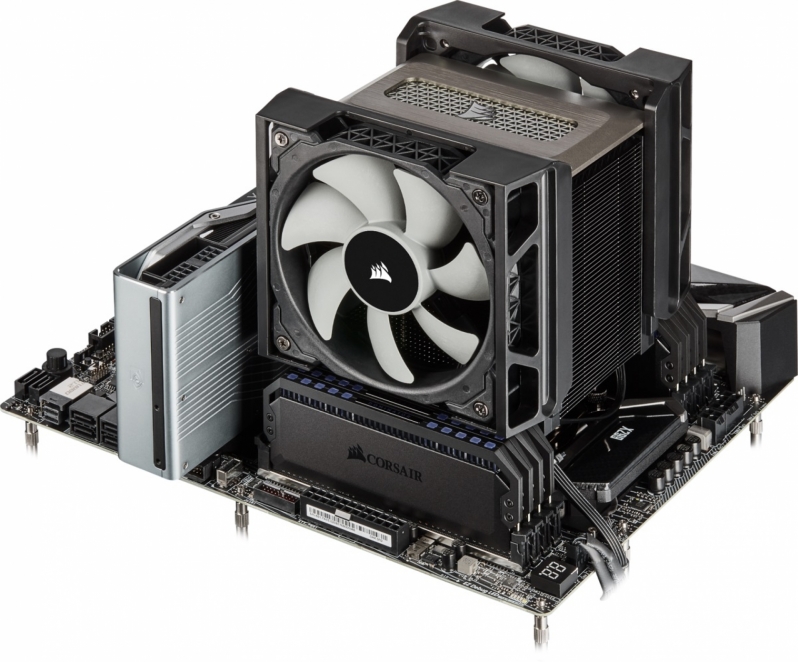 With its A500 heatsink, Corsair support all mainstream CPU sockets outside of AMD's TR4/Threadripper platform, supporting relatively new sockets like AM4 and LGA-2066 to legacy sockets like AM2 and LGA 1156.

Thanks to the A500's removable top, Corsair has also given users the option to customise the top plate of their latest heatsink, which is great news for 3D printing enthusiasts and custom system builders like Origin PC. We can definitely see Origin PC creating custom top plates for this CPU cooler, especially given their new ownership. 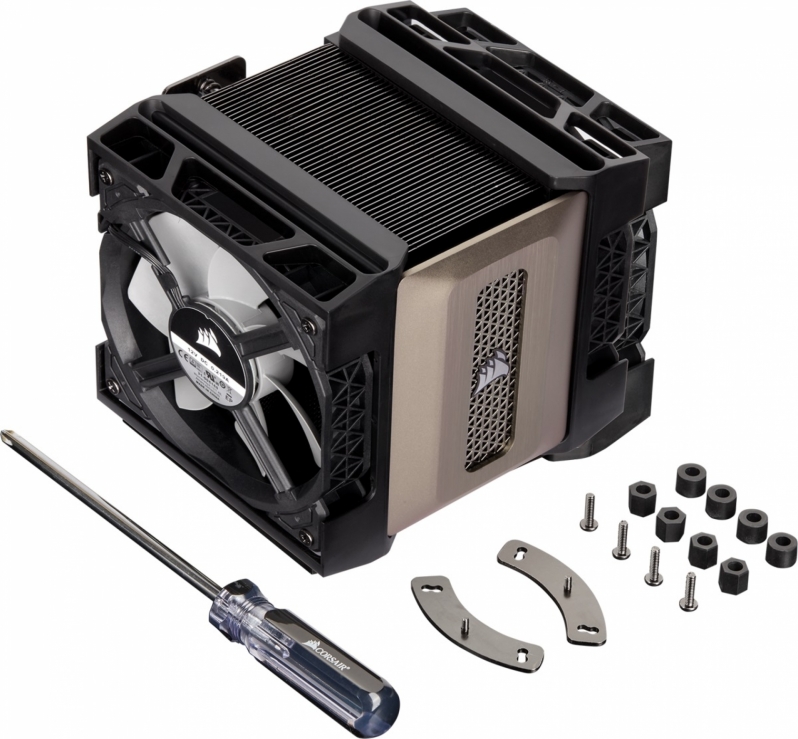 When it comes to the topic of large memory DIMMs, Corsair's A500 is designed to offer its users a movable fan mount to taller DDR4 memory sticks to be fitted. The downside of this is that this will force some of the A500 to be sub-optimally cooled due to sub-standard airflow.

While this cooler does support larger memory modules, it comes at the cost of airflow through this heatsink's fin stack, which means that we can only recommend short DRAM modules with Corsair's A500, assuming you want this cooler to offer its peak performance.

Larger DRAM modules typically offer features like RGB LED lighting, which is a useless feature when these DIMMs are covered by a large air-cooled heatsink. This means that most Corsair A500 users will be installing this heatsink with standard-size memory DIMMs.

Corsair wrote the book when it comes to all-in-one liquid coolers, with their original H100 changing the game by delivering solid liquid cooling performance at an affordable price. Now, every major manufacturer builds closed-loop liquid coolers, but that doesn't mean that Corsair hasn't innovated within this space.

With their block's satin black finish, Corsair's new RGB Pro XT series of AIOs offers users a sleek and highly customisable appearance which merges well with the block's sixteen built-in addressable RGB LEDs. These LEDs can be controlled using Corsair's iCUE software. The fans of these coolers can also be configured to offer a 0db fan move, allowing Corsair's fans to be turned off under low loads make the unit silent. 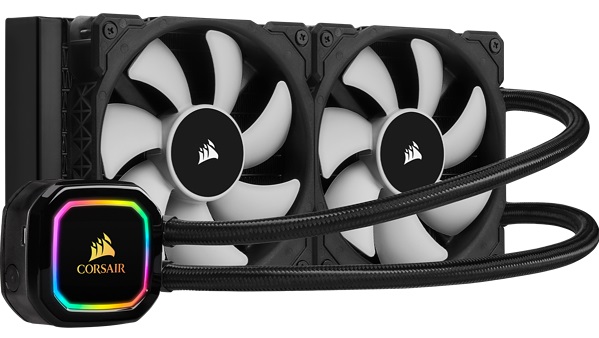 With the RGB Pro XT series, Corsair is using a redesigned block, which features a custom-designed mounting plate. These coolers are not manufactured by Asetek, unlike many of Corsair's other H100 series coolers, and this has allowed Corsair to radically change their design to offer users a larger mounting plate which can better support large CPU coolers. 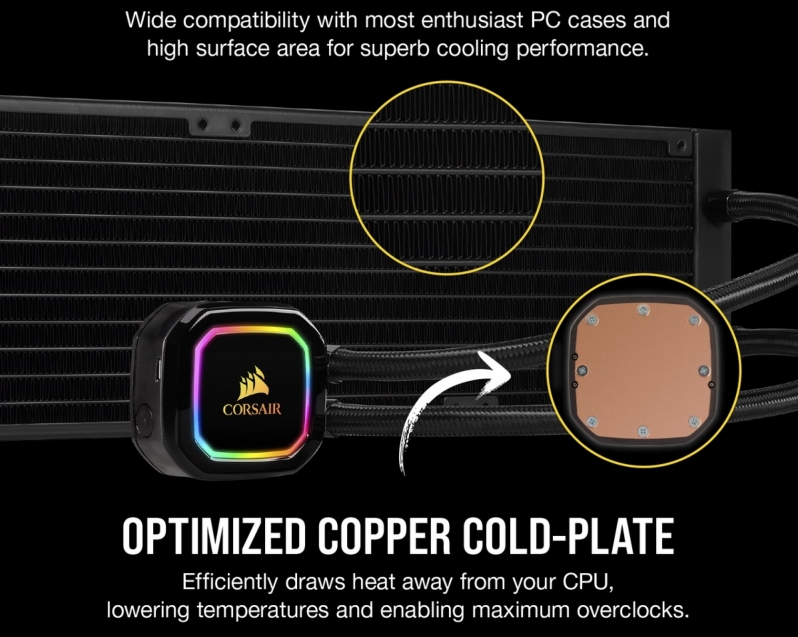 What Corsair offers with these coolers is a hugely re-worked design which makes their latest H1xxi series coolers better suited for the needs of today's high-power processors.

On the high-end, Corsair's H150i also offers its customers a lot of value, as £152.99 is pretty good value when considering the pricing of many competing 360mm coolers.