A common complaint against most Closed-Loop Liquid Coolers (CLCs) is that most of them utilise the same basic design. Most of the time, All-in-One liquid coolers are using the same Asetek and CoolIT, making it hard for most pre-filled liquid coolers to differentiate themselves from their peers.

In the case of Cougar, its new Helor series of Liquid Coolers has managed to deliver something that's very different from the norm, offering a different take on RGB lighting and features that most other liquid cooling manufacturers have ignored. Cougar;'s thinking outside of the box, and that's refreshing in a world filled with the CLC clones.

For starters, Cougar has integrated a window into its pump to allow users to see its pump in action, allowing users to see how quickly coolant moves through the system while allowing the CPU block's RGB elements to be better showcased. This feature is useful, as it gives users a visual indicator which will enable them to see if their liquid cooler is working correctly, something which can't be seen with most pre-filled liquid cooler designs. 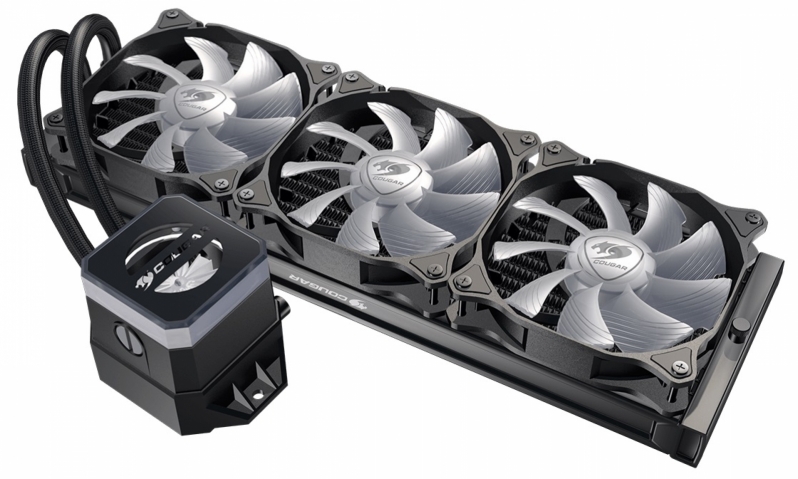 Next up, we have Cougar's different take on RGB lighting, allowing users to control their system using the company's Core Box v2 lighting box and remote control.

Combine this with 3-pin 5V RGB control, and Cougar allows its users to control its lighting in ways that many of its premium competitors cannot. If you hate RGB software, you can control your system's lighting with the Helor's RGB remote, and if you prefer software, you can use the RGB software that's provided with your motherboard to control the Cougar Helor's Addressable RGB illuminated pump and 120mm fans. 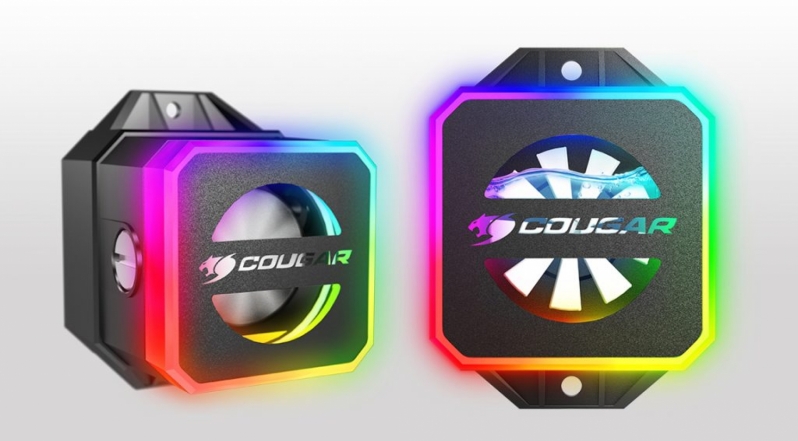 Another factor to consider with the Helor is that its fans run at relatively low RPMs. Many manufacturers offer 2500 RPM or similarly fast fans to boost their cooling performance under heavy loads, bringing with them high noise levels in the process.

Cougar is confident enough in their Helor coolers to ship their CLCs with 1800 RPM fans that can be set to any speed between 600 and 1800 RPM, allowing these coolers to remain relatively quiet under load. Noise levels will depend on how fast you want the fans on this unit to operate. 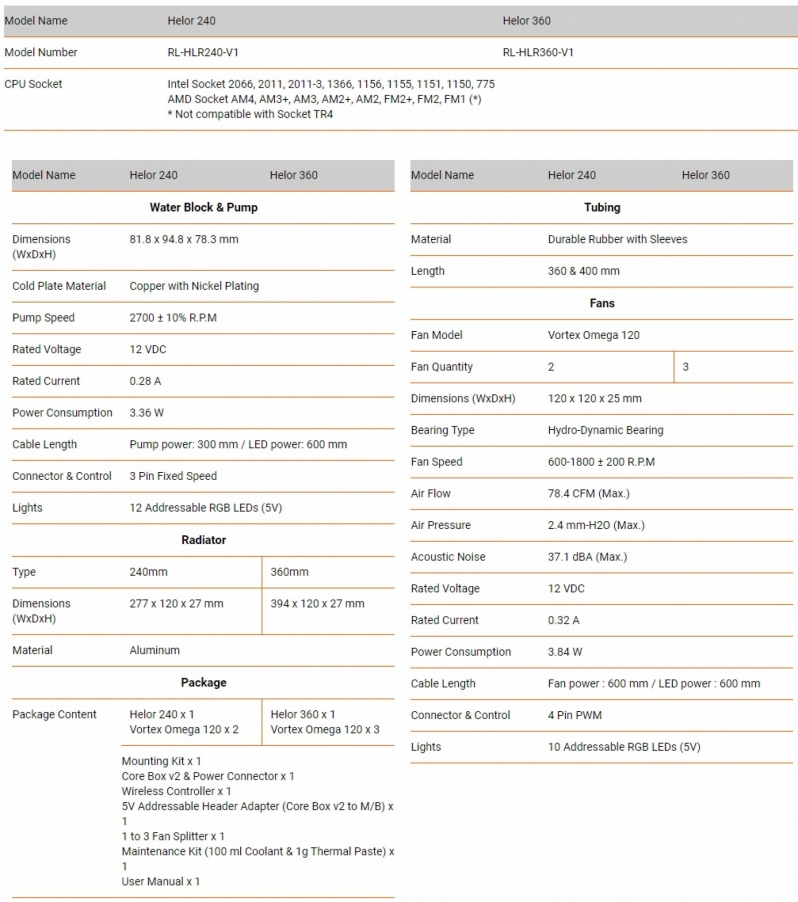 Right now, Cougar's Helor series of liquid coolers ships in 240mm and 360mm varieties, arriving with prices of £110 and £180 respectively in the UK. At the time of writing, Cougar's Helor 360mm AIO is not available within most UK retailers, though stocks should be replenished before too long.