It has been a while since Fractal released its original Celsius series of All-in-One liquid coolers, so much so that the lineup was more than ready for a revamp.

Three years have passed since we reviewed Fractal's original Celcius S24 and Celcius S36 liquid coolers, and since then a lot has changed within the world of liquid cooler design, especially when it comes to the expectations of consumers.

Starting today, Fractal's Celcius+ series of Liquid Coolers are available worldwide, sporting new pump designs, integrated RGB lighting and the option to purchase these units with or without ARGB illuminated fans. With this new series, Fractal has also introduced a new 280mm model, giving their customers more options if they want to go above the Celcius+'s 240mm base model. 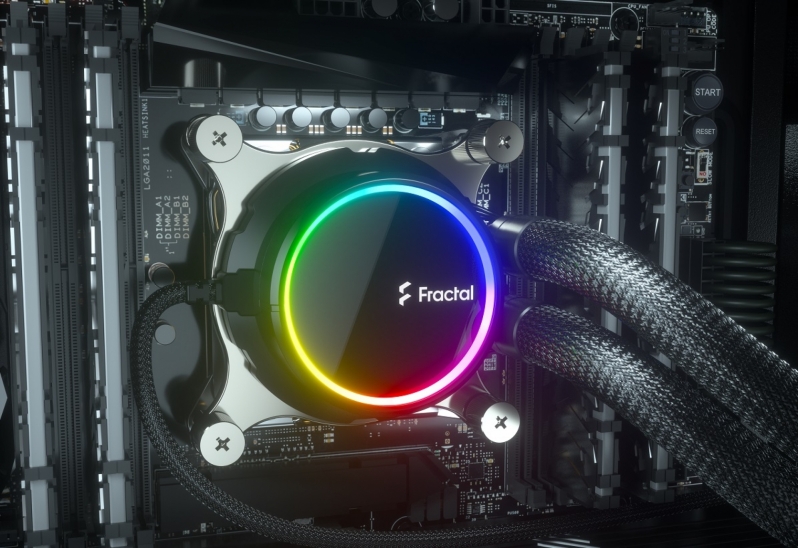 One major factor of Fractal's Celcius+ lineup is how well the series handles cable management. Each of these units features fan controllers on their radiator itself, allowing users of the Fractal Celcius + series to power all of their units fans without routing any cables behind their motherboard tray. In the case of 360mm units, this condenses three cables down to one, and the same applies to RGB lighting, as each fan has daisy-chainable RGB cables.

With the Celcius series, Fractal's offering users higher performance levels than before and minimal clutter.

Fractal is also avoiding the standard pitfall that is "hardware manufacturers make bad software". That is why Fractal has made their units compatible with RGB lighting Softwares like Asus AURA, Gigabyte Fusion, MSI Mystic Light, and ASRock Polychrome. There's no need for a dedicated Fractal RGB app, just use what came with your motherboard. 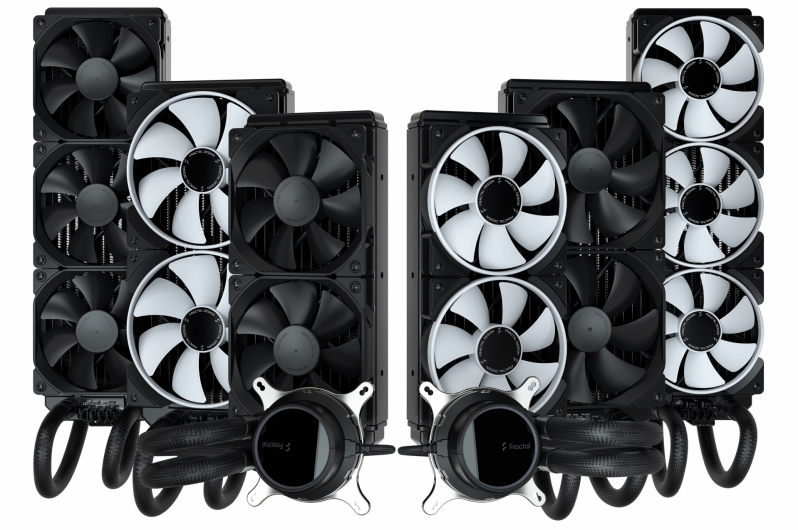 Below are the specifications and regional pricing levels of Fractal's new Celius + series of liquid coolers, both their RGB Enabled Prisma series and their, mostly, RGB free Dynamic counterparts. Each of these units uses the same cold plate design that's designed to run at 20 dBA at its full speed. 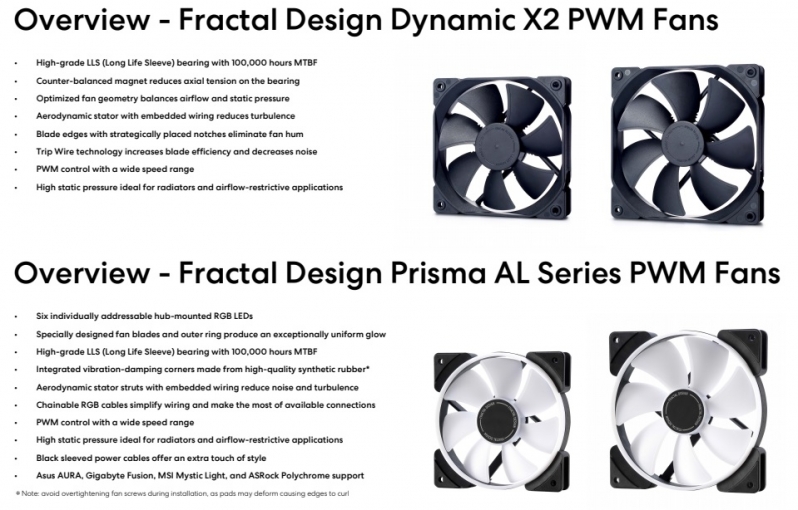