Up Close: The Cooler

Up Close:  The Cooler

The Morpheus is vey similar in many respects to a slim line top down CPU cooler, with the exception that it is considerably longer.  Twelve 6mm heat pipes originate from either side of the contact plate and make their way evenly spaced up through and along the 129 element Aluminium fin stack. 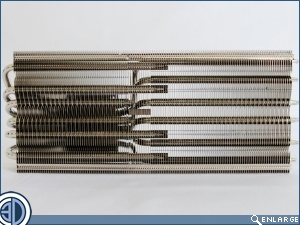 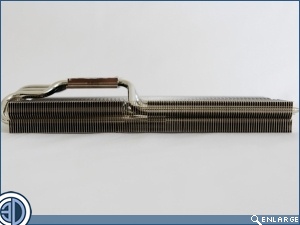 The pipes are split into two groups of six with each group catering for their respecitive halves of the stack.  It has to be said that the Morpheus bears more than just a passing resemblance to the Alpenfohn Peter in both its measurements and design. 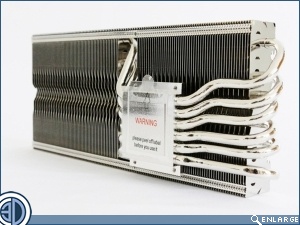 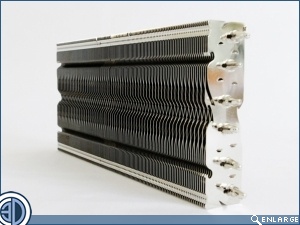 The contact plate of the Morpheus is finished so as to be mirror smooth , with the whole assembly exuding an air of quality that we weren't really expecting.  It appears QA is high on Raijintek's list of priorities. 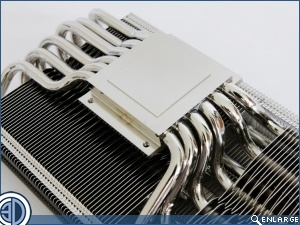 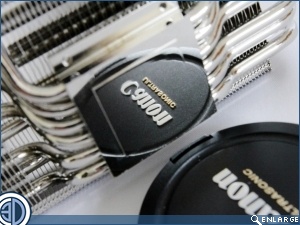 WYP
Some very nice temps there, but i must say that thing is massive.

That being said it does deliver a cooling experience which is only beaten by a water cooler.Quote

tinytomlogan
The fans alone are a slot though really.......Quote

barnsley
I guess you could get some low profile fans to lower the overal size. Very impressive temperatures. It shows how much AMD messed up with the stock cooler.Quote

tinytomlogan
Quote:
Most people only runa single GPU and maybe at worst a soundcard so there isnt much need. It only rules out dual cards and slim fans wouldnt fix that....Quote

barnsley
Quote:
It'd give it a less bulky profile though, no? It might look a bit better with thinner fans. Just my feeling on the matter :P. I just like the shape of the cooler and I think the fans kind of distract from the overall lines.Quote
Reply