Up Close: Radiator and Fans assembled

Up Close:  Radiator and Fans assembled

The fans attach to the Radiator via long screws.  The screws themselves have unusually small heads so it's likely you're going to need to hunt out a small cross head driver for the job.  As we mentioned earlier, the cowling at one end of the rad had sprung away slightly from the body necessitating that we push it back up against the rad in order to line up the holes with those on the fan 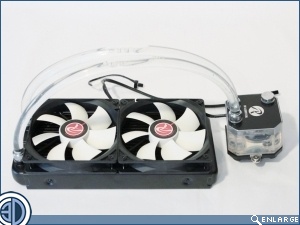 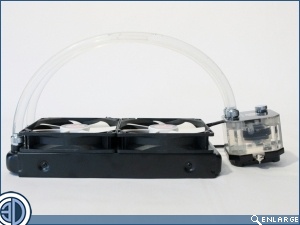 With the fans attached the whole assembly becomes 57mm thick, which is thicker than quite a few AIOs on the market and should hopefully translate into decent performance.  With a lot of builds and kit sporting a Red/Black/White colour theme the Triton should cause no concerns blending into your case. 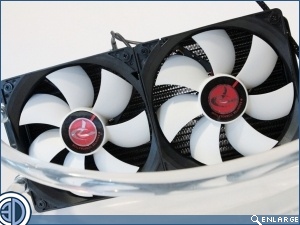 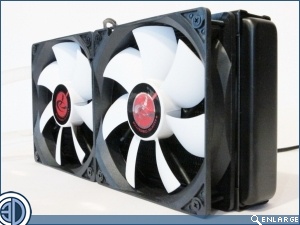