It has to be said that we were immediately drawn to the aesthetic of the CR1280.  It's both mature while at the same time being just that little bit aggressive.  Of course, beauty is very much in the eye of the beholder, so we appreciate that as many will love as won't.  So, what do we have?  Well at 479x254x584mm (HxWxD) it's fair to say it's big.  It has a large side window, which although might look like tempered glass is actually very slightly smoked acrylic.  From a modders point of view, from the way the acrylic panel is integrated into the side panel itself, it wouldn't be an easy job to swap it out, but hey, if it looks as good as it does why would you want to. 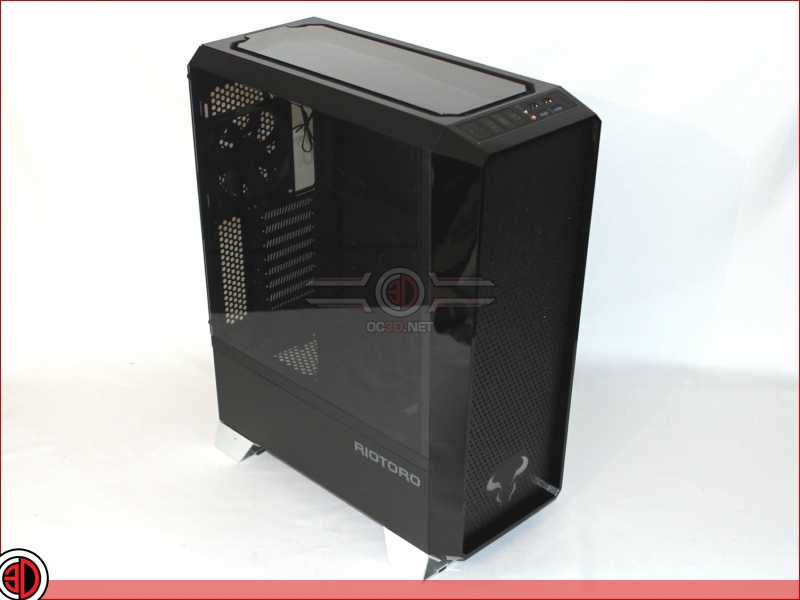 Have you noticed those feet yet?    My god they're nice.  Each one is cut from billet Aluminium which gives them very clean and sharp lines.  In fact, almost too sharp.  If we're honest we damn near cut ourselves on them when handling the case, with closer inspection showing that there were many small, but nasty burrs along the cut edges.  The burrs aren't easy to see, and very had to photograph, but believe us, they are most certainly there. They are not only dangerous, but easily avoidable with proper tooling and quality assurance inspections at the factory.  Not a good start for Riotoro, let's hope that level of quality doesn't set the mold for the rest of the case. 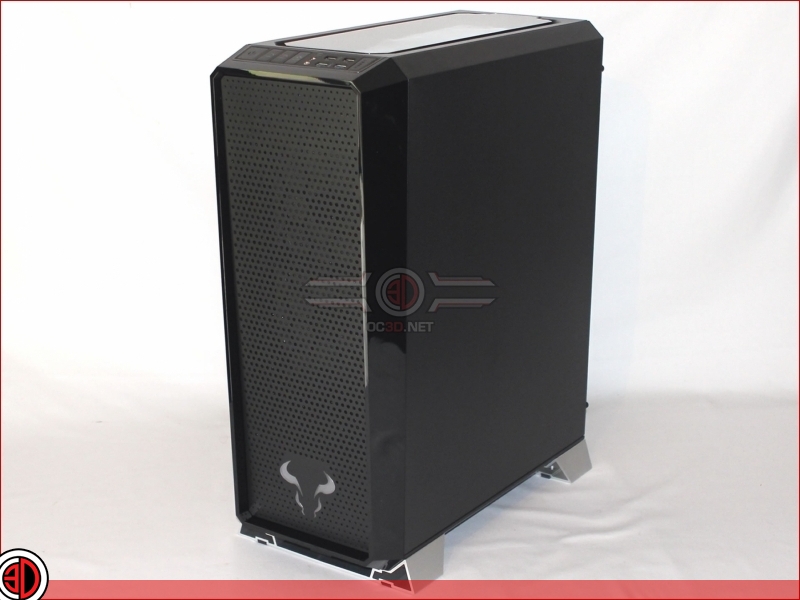 Looking down on the case we can see that the roof section has a smoked acrylic cover plate.  Although flush with the rest of the roof, the cover plate is stood off from the recess in which it sits so that airflow may be maintained. 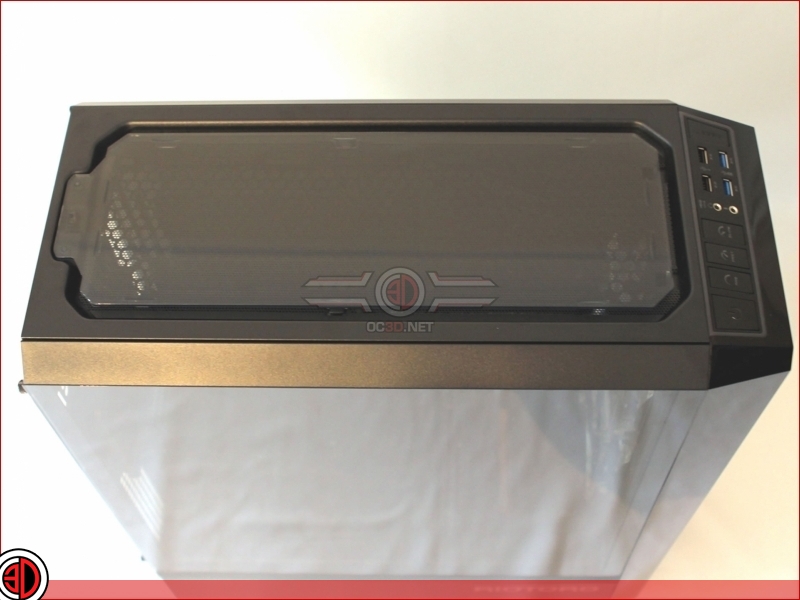 If however you crave more airflow pressing down on the panel at the rear unlatches it allowing it to be removed to a safe place.  Underneath we find a magnetically attachable mesh filter, which, if you've got your roof fans on extract, you wont need, 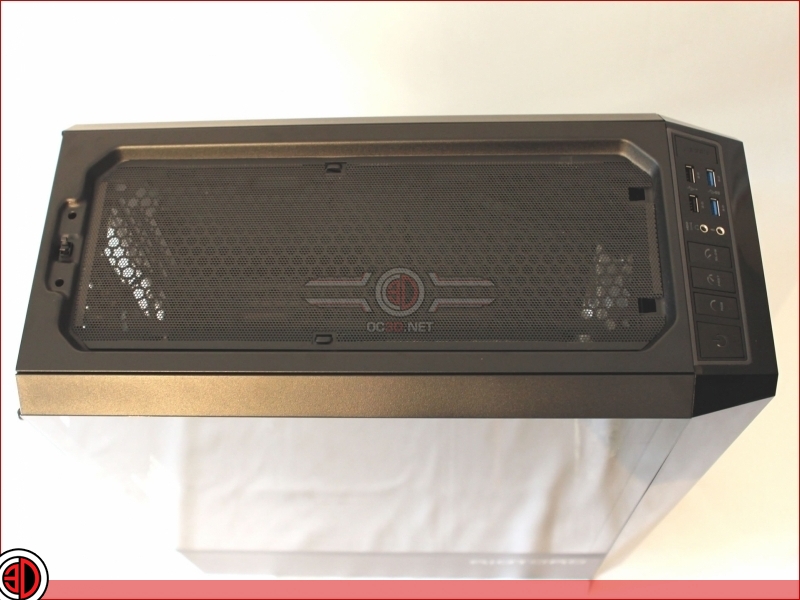 With the mesh filter removed the case is able to maximise its airflow, and of course gives access to the fittings for up to 280 or 360 rads in the roof.  There doesn't appear to be a motherboard stand off, so it'll be interesting to see just how much clearance we have inside.  It should also be noted that the acrylic panel can be re fitted without the mesh filter in place, which is most likely how the roof would be configured. 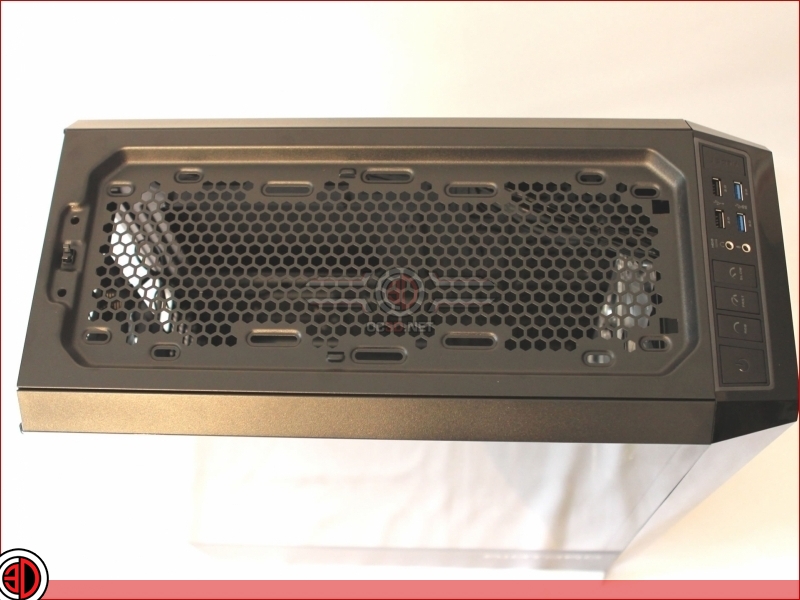 The front of the case is a busy area.  Along with a separate power and reset button you get a brace of USB 3.0s and 2.0s, and of course the usual audio in and out.  Added to this is a two button fan speed controller, which allows the fans to be incrementally speeded up or slowed down.  To the left of them there's an RGB button which allows any attached compatible RGB products to cycle through 6 preset colours.  Rainbow mode lets the system cycle through 256 colours, while Custom mode allows the user to select the colour from any of the 256 and lock it in.  If you want to switch to stealth mode then just hold the button down for 3 seconds and the lighting will be switched off.  Holding it down for a further 3 seconds turns the lights back on to the colour and mode you left them in.  There's also an "HDD" socket here, which looks very much like the sort of socket that allows pretty much any smart phone on the planet to plug straight into it. 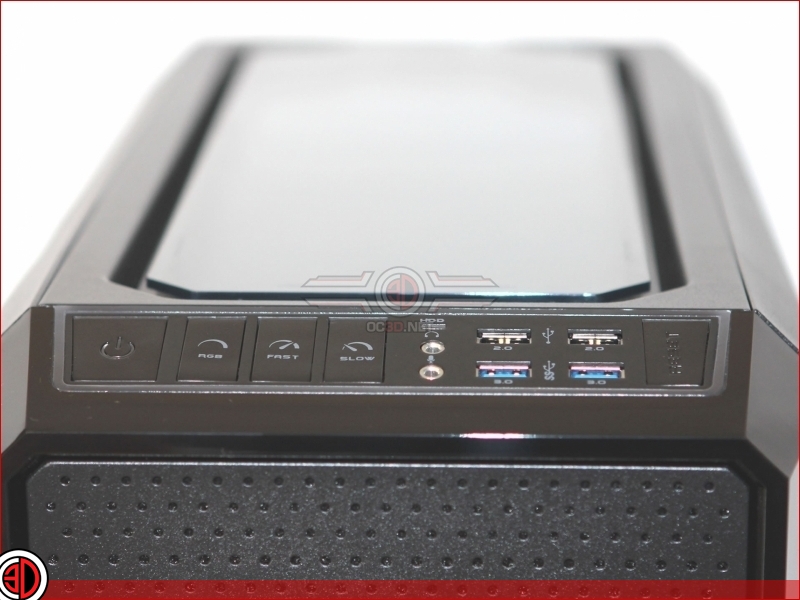 Airflow to the front of the case is achieved by means of circular perforations, which make a pleasant change from the practically ubiquitous hex mesh.  At the bottom of the front panel we see the Riotoro logo, which illuminates as per the RGB described above.  Now we know "toro" means bull in Spanish and a few other languages, but if we're honest were struggling with the "Rio" bit.  A quick google translate informed us that it meant River.  So basically, if Google translate is to be Believed, the company name translates as River Bull.

Turning to the rear of the case we can see that it's all pretty standard ATX stuff.  There's room for either 120mm or 140mm fan, with both having slotted mounts.  A 120mm non LED fan comes as standard. 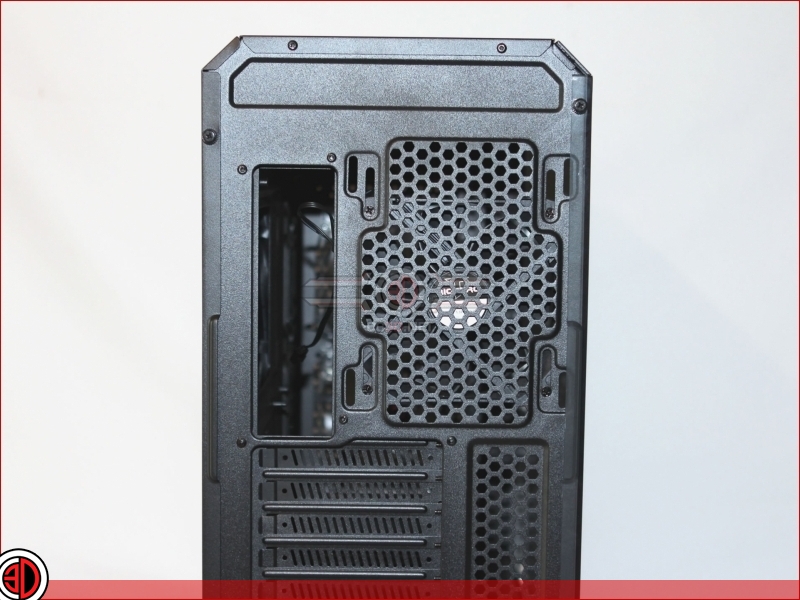 Riotoro make use of the cases dimensions by giving it no less than 8 expansion slots.  Beneth these we find the PSU cut out as well as a vented area above the cut out.

I'm starting to think of the feet in the same way i might think of an ex girlfriend who keeps texting.  You know she's beautiful, but you know you'll get hurt again if you get too close.  Oh yeah, and there's also a pair of slide out filters which between them cover the whole base of the case. 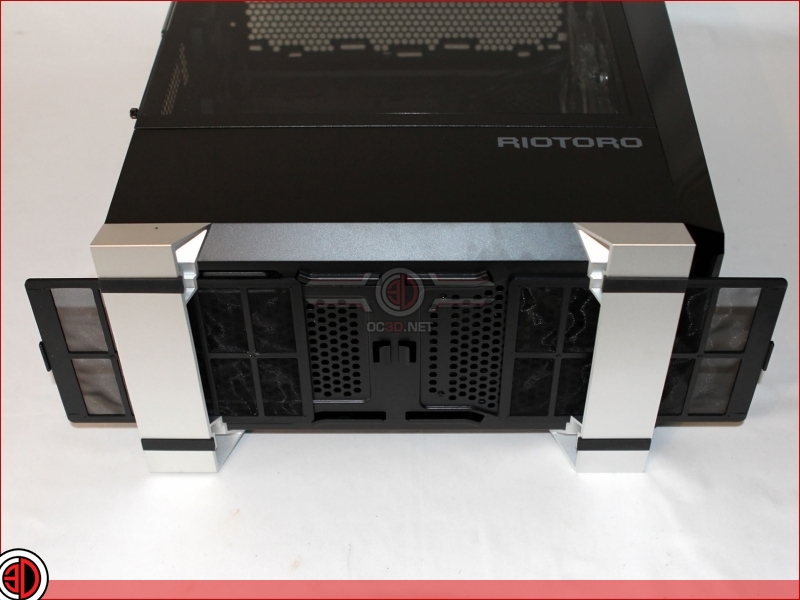