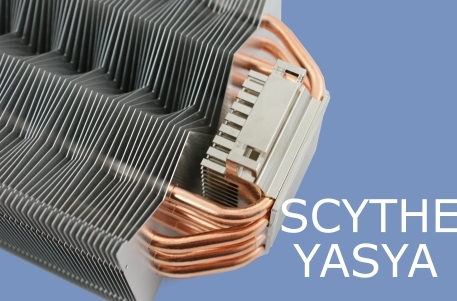 Cooling is vital. As I sit here slowly turning into bacon in the sun, I can safely say that staying cool is a pretty important thing. Now picture a world where you would not have the liberty to move into the shade… and then all of a sudden, a large hand comes from the sky, places you on a treadmill, steadily incrementing its speed and incline until you can’t take anymore.  Granted this is not a real life scenario and more of a rotund individual’s worst nightmare but I dare say that this is exactly what a heavily overclocked processor is going through. If your abused processor had feelings, it would be shaking its logical fist at you and if it had an entitlement complex it’d be on strike before you could even say “British Airways”.

So let’s cut to the chase; what would you cool your processor with? Today there is an abundance of air cooling solutions to choose from and in all shapes, sizes and price. Starting from an entry level, we have the popular Arctic Freezer series which has been on sale (in one format or the other) for ~£18 since the dawn of time. These coolers offer a significant improvement over Intel and AMD’s reference coolers, but what if you’re after something more capable?

As of late, the regularly mentioned cooler brands include Noctua, Prolimatech and Thermalright… but what happened to Scythe?

Much of Scythe’s success can be dated back to 2006/2007 with their Ninja and Infinity heatsinks. For an extended period of time, these two products were among the list of “must have” coolers. While they were potent offerings, the release of competitors from a number of manufacturers left the Ninja and Infinity far behind. However, today is Scythe’s opportunity to shine once again with the release of their new Yasya Heatsink.

At ~850g, the Scythe Yasya is a hefty fellow. That said, with a conventional tower layout, a copper based construction and a strong 120mm fan, we could well be onto something promising.

alienware
Ahh, now we're talking, one for us AMD fellows

Runebeard
Quote:
Aww, poor Milind. Doesn't even get credit for his own work

Scythe say the design is to "deflect air in a more efficient manner". I think it's just for looks, and it does look good, but that said it doesn't underperform, especially for its money.Quote

tinytomlogan
This HS is a bit of a bargin tbh for the temps it delivers. Under 40quid and as good as a megahalem. Sounds perfect to me.Quote

I Hunta x
Looks pretty damn nice tbh, just torn between this and a titan fenrir as its a few quid cheaper and seems to give about the same temps,

Would have been nice to see the cooler ON a set up (be in test bench or in a case) just to get a rough idea of size ext.Quote