The interior of the FT05 is largely the same as that of the RV05.  There are a few exceptions, such as an additional cable routing hole but these are generally of little consequence and only serve to slightly improve on the original design.  There is a notable exception to this as we'll see later, but for now let's have a look at the bits that are good.  As with the RV05 the FT05 has a rotated motherboard design.  For those of you new to the game, what this means is that the Motherboard has been rotated 90 degree and as such has the rear I/O at the top of the case.  This orientation, Silverstone claim aids heat dispersion out of the case, and as we know heat rises, it's hard to argue against the logic.  The rear Motherboard tray appears to have more absence than substance, with more holes in it than a Harry Potter plot line.  So theoretically at least, it should be good for cable management.  Just a shame there's not a rubber grommet in sight. 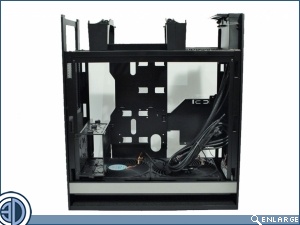 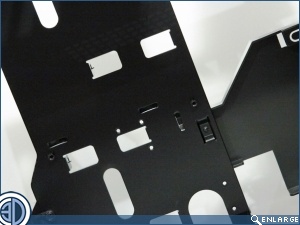 Down at the base Silverstone have very generously included a pair of their excellent 180mm AP fans.  These are adjustable via the inbuilt fan controller for speeds of 600/900/1200rpm, and put out 17/25/34dBA of noise respectively.  At the rear of the cage there's a removable plastic 3.5" drive bay able to house a maximum if two HDDs.  This drive bay is also fully removable as we'll see as me move to the build stage of the review 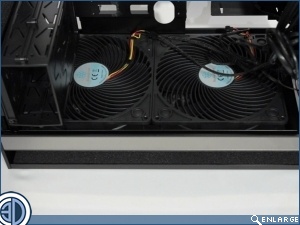 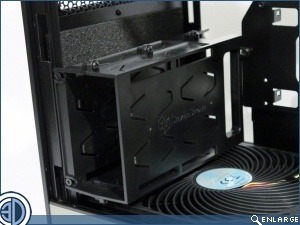 The PSU is mounted inverted at the rear of the case, as if hung by its ankles from the ceiling.  A mesh area covers the fan intake, and as always SilverStone provide a magnetic mesh filter that attaches from the outside.  The front of the case does not have any ventilation, instead the inside of the front panel is coated with the same sound absorbing material as the side panels and other internal surfaces. 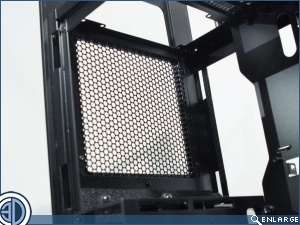 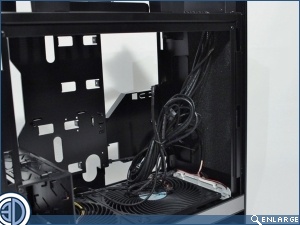 The roof of the FT05 is where what would usually live at the rear is located, and in all respects is laid out exactly the same.  Towards the front we have the Motherboard cut out and 120mm roof fan mount, sadly no fan is included, which is pretty crap for a £130 case.  You get seven vented PCI covers, to the left of which we find the PSU cut out 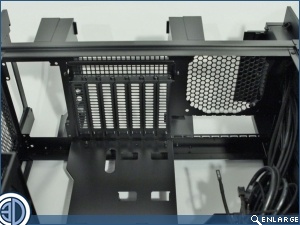 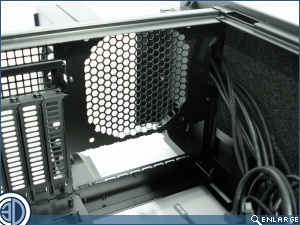