The rear of the Motherboard area is essentially the same as on the RV05 with the exception of an additional oval cut out just below and to the right of the slim optical drive mount.  Although we're grateful for any and all aids to cable management we're not entirely sure what the point of the cut out is, located as it is next to a dirty great hole anyway.  On the plus side, there are two stealth mounts for 2.5" drives back here, but as they're dispersed you're going to have to be creative with your cable management.  Usually we'd include a picture showing a tape measure here to give the depth available for cable management.  However, as there are multiple depths all over the rear area that's not really a practical proposition.  Needless to say there's plenty of room, but the abstract nature of the management holes and large areas where there's no tray as such to speak of mean that you'll have to be pretty creative. 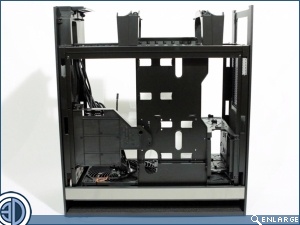 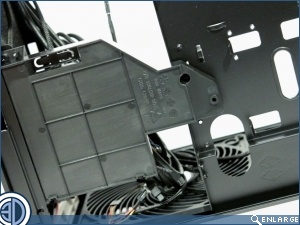 The little white object in the image below left is the little box of tricks that lights up with the Silverstone logo giving power and activity status when the PC is switched on.  Innocent though it might seem it does cause some fairly major problems as we'll see when we come to the cooling section.  Below right we've removed the magnetically attached full length fan filter prior to removing the base of the case. 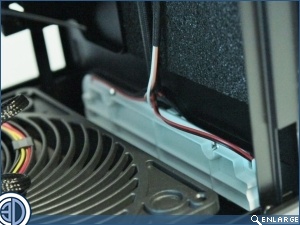 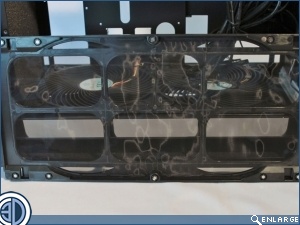 Removing six small screws (three at either end) enables the Aluminium base of the FT05 to be removed exposing the 180mm fans underneath.  The fans are attached with standard grub screws and are easy to remove should you wish to go down anything but the air cooling route. 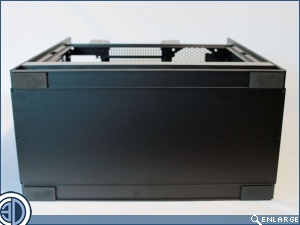 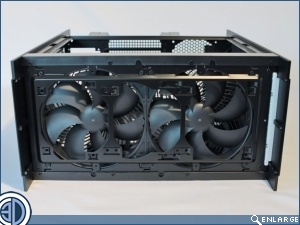 With the Air Penetrator fans removed we get our first proper look at the cooling options for the base of the case.  There's room down here not just for a pair of 180s, but also a pair of 140s or even up to three 120mm fans. 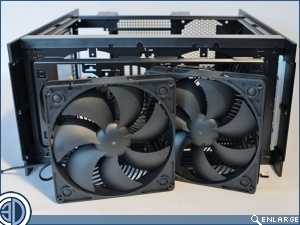 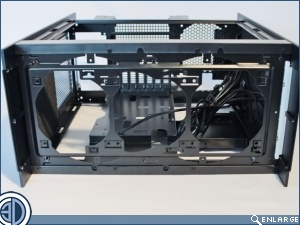