The PSU as we so eloquently observed is hung by its ankles from the roof of the case.  The IEC mains cable leaves the PSU in the traditional manner before being bent 90 degrees so as to exit out the rear aperture. 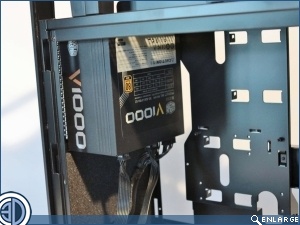 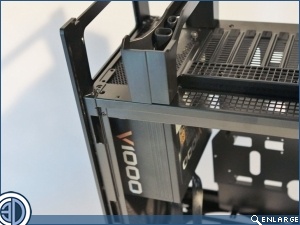 The Motherboard is mounted with the rear I/O facing upwards, there's not a lot of room around the right hand side of the case, which is a bit of a pain as this is where all the front I/O cables exit.  A bit of piggery jokery though and they are all fed out through a small gap at the top.   the interior of the FT05 isn't as large as the exterior of the case suggests, mainly due to the lifted ventilation area at the base and the extended roof which is there to accommodate cables as they run rearwards.  In truth it's actually quite tight working inside it.  That said there's enough room for CPU coolers up to 162mm in height and GPUs up to 12.3" long 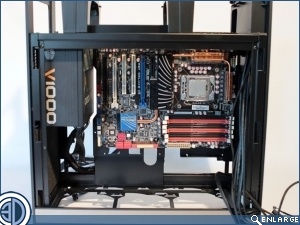 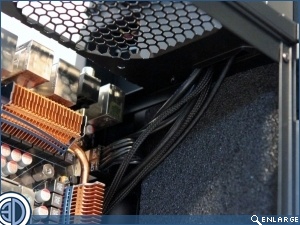 With the fans removed we can measure the amount of space we have available at the bottom for potential water cooling radiator set ups.  Note that rads wider than 120mm fan units have to fit under the ledge at the 83mm mark, with all others theoretically at least being able to fill the full 105mm of space.  We say theoretically as you'll still have to find a route for cables along the bottom edge. 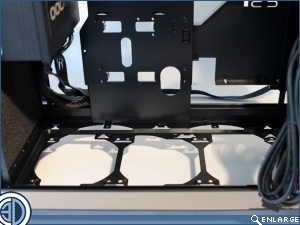 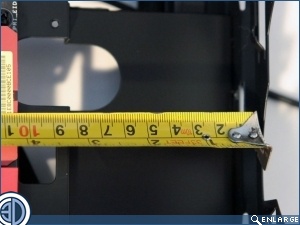 Cable management is a bit of a nightmare with the FT05.  Sure, there's plenty of management holes, and cable tie points, but with the undulations at the rear of the board, necessitating bizarre routes to navigate the holes it can all get a bit overwhelming.  In the end we made a decent fist of things but it was far from our usual standard. 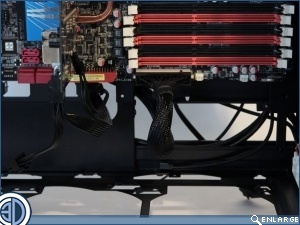 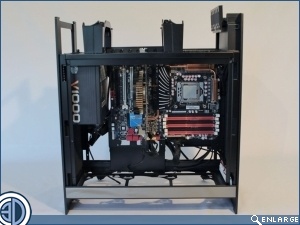 The story wasn't much better on the reverse side.  Although we're sure with all the time in the world we could make it look reasonably tidy back here, as a measure we tend to put the same amount of time into each of the cabling jobs we do with the results speaking for themselves.  It's also worth noting that although the slim line 5.25" drive mount is removable, with it in place the rear of the CPU area is obstructed. 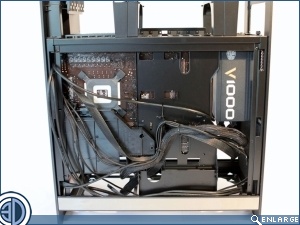 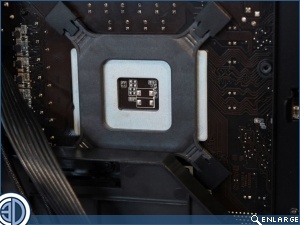