The KL07 has nice simple, and dare we say classic lines and to be honest its aesthetic makes a refreshing change from the ever popular slab sided tempered glass cases that seem to be everywhere at the moment.  Not that there's anything wrong with them you understand, it's just nice to see that there are other options on the market.  The KL07 isn't without the odd styling flourish though, take for example the high gloss ribbed border that runs up the edge of the case then across the front and finally towards the rear. 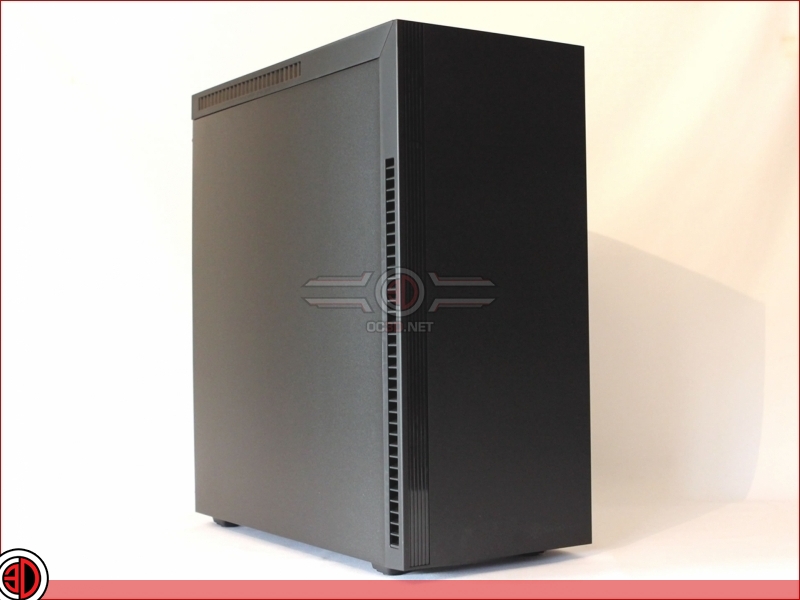 At first view you'd also be forgiven for thinking that the KL07 was devoid of ventilation, look a little closer though and you'll see that there are subtle intake slits at the front edges and exhaust slits towards the rear of the roof panel.  OK, so it's not exactly a balls to the wall high airflow gaming case, but remember this case is built for subtlety, and part of that subtlety is it's intended low sonic signature. 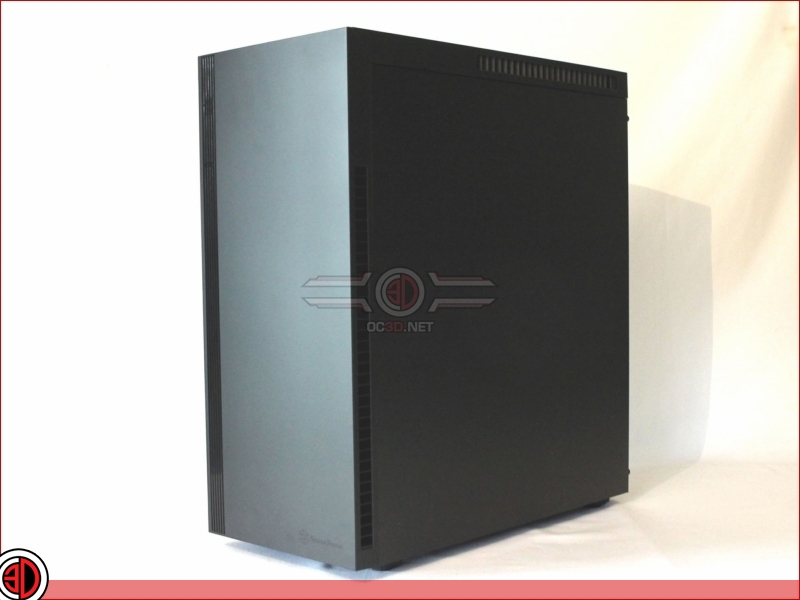 The front I/O is split into two sections, with the main power button and activity lights been almost perfectly hidden on the edge of the front panel towards the top.  The rest of the inputs. which by the way includes 2xUSB3s and one of the new and not commonly seen Type C connections.  The rest of the roof is left clean and unsullied by ventilation mesh. 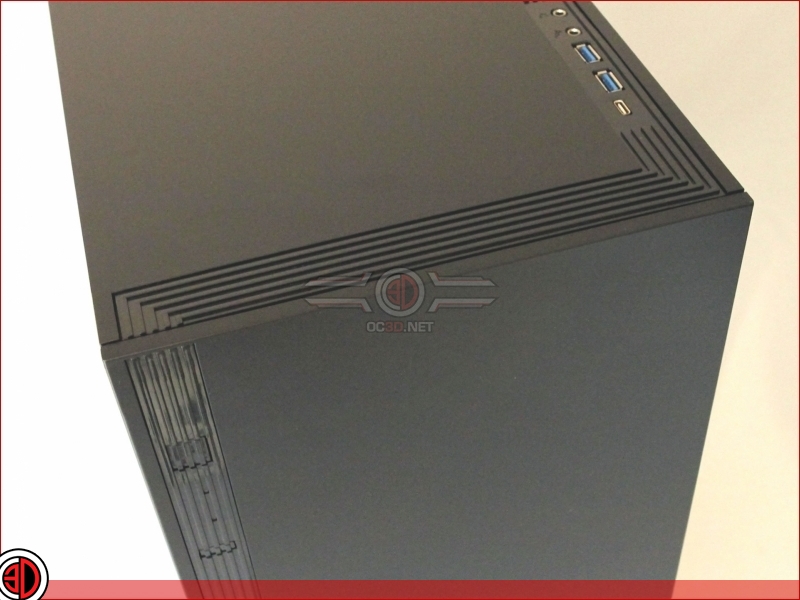 The rear of the case is, as you might expect the standard ATX layout, with a mount for a single 120mm or 140mm fan.  SilverStone have actually included a 140mm fan in this position as opposed to the more commonly seen 120mm unit.  Should you wish to change out the fan there are slotted mounts for a 120mm.  The seven PSI slots are vented and are held in place by a sliding clamp, which is to be honest a bit of a faff to use. 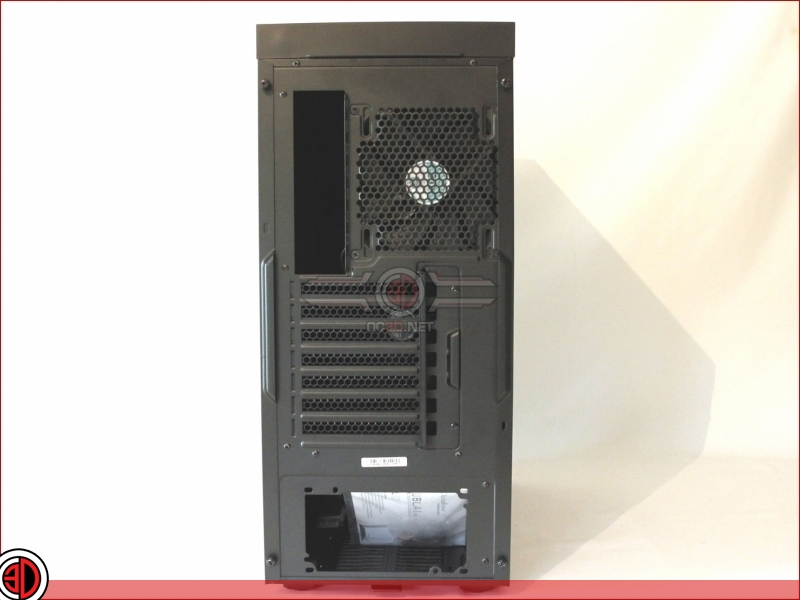 The case stands on four quite small plastic feet, which have even smaller rubber pads affixed to them.  For a case which, as you'll see, makes a great deal of effort to be as quiet as possible we'd have thought SilverStone would have gone for a more robust solution in an effort to reduce noise vibration harshness.  On the plus side, there's an easy to slide out filter for the PSU intake. 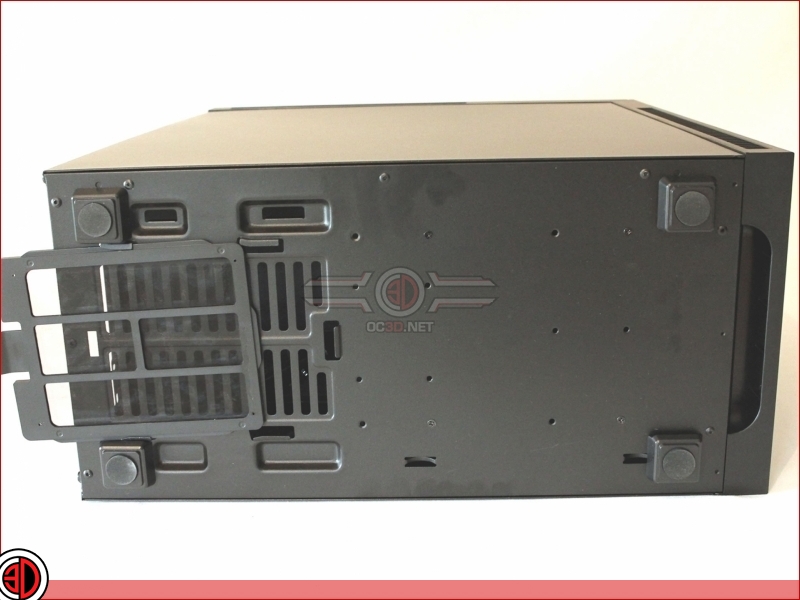 So we've alluded to the efforts being made to keep the noise down, but what were we on about?  Well, SilverStone haven't exactly scrimped on the sound deadening materials used, as both of the side panels, the roof, and the front come fully covered in deep egg box foam sheets. 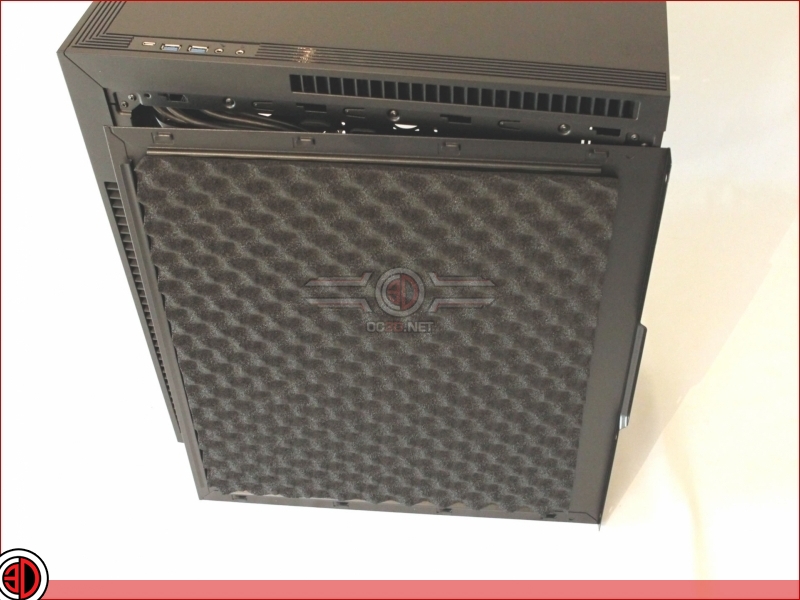 Greenback
It took me a while to spot the power button, I like the looks a very nice case though my thought would be if you did put a 360 rad in the front would there be enough airflow. I'd agree with how nice you could make that look inside it needs a windowQuote

Nelis
It looks nice but needs a window. That interior could be a truly something to look for. How about some mesh vent in front and top. It would be a direct watercool heaven case. Throw out the dampening, puts some vents there.Quote

Greenback
Quote:
considering how flat and clean the front is I don't think it would be that hard to get a 3rd party grill and dremel some front ventilation and the same for a window, though i'm no expert when it comes to modding a caseQuote
Reply