The new SilverStone Primera is quite a stunning looking case and a pain in the arse to review.  Why?  Finger prints, that's why.  In fact, so stunning is the high gloss piano black exterior that I was prompted to don my white cotton gloves to handle it.  If black's not your thing then it can also be had in high gloss white, or if you're particularly bothered about finger prints then why not opt for the matt black version.  As you might imagine, the case has a steel chassis, with the external styling by virtue of plastic mouldings.  The left side of the case has a large, but not full size window, slightly reminiscent of the NZXT style of a few years back, and it's fair to say we would like to have seen it extend the full width of the case. 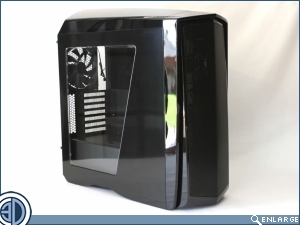 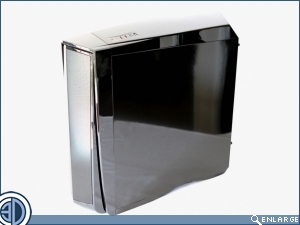 Power  and front I/O controls are discretely positioned on the roof of the case and blend perfectly into the case lines.  Look carefully and you'll also see a lighting control button. 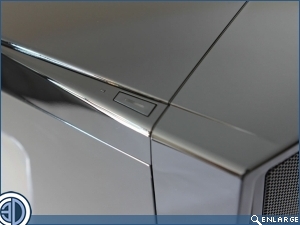 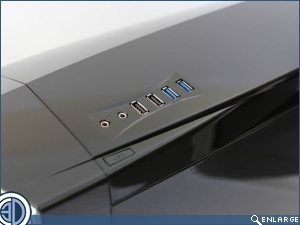 The front of the case is one large mesh panel formed forward into a chevron shape, with SilverStone claiming the styling is inspired by the intake grill on a sports car. 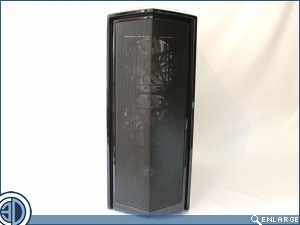 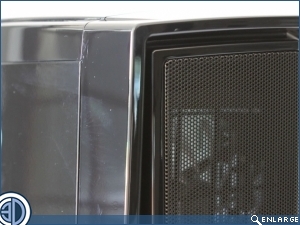 The roof of the Primera is formed from a single piece of plastic and as we'll see later is removable.  Although not part of the Raven line we still think we see a design influence here. 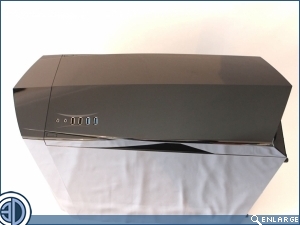 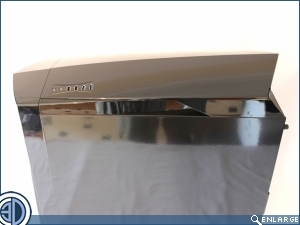 The rear of the case roof is slightly higher and vented to better help and hot air from roof mounted cooling to vent.  there are also some LEDs buried in the roof cut outs which we'll see more of when we strip the case. 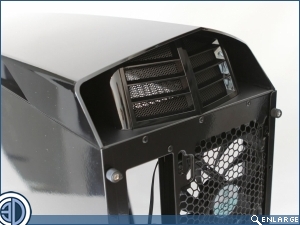 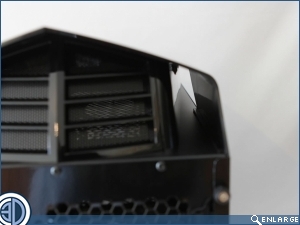 Other than the venting the rear is a pretty standard ATX affair, with a 140mm fan and 7 vented expansion bays. 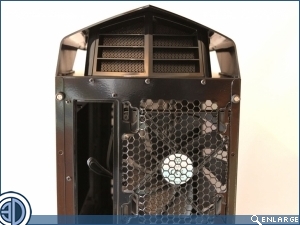 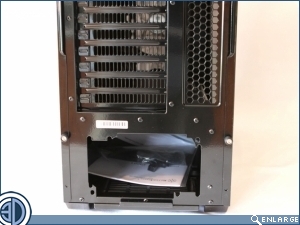 The underside of the case is so sleek and curved that it almost resembles the hull of an F1 powerboat.  At the back there is though a huge removable mesh panel covering the PSU area. 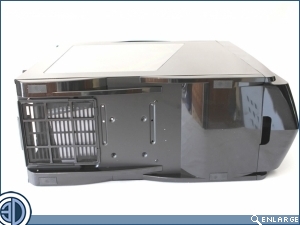 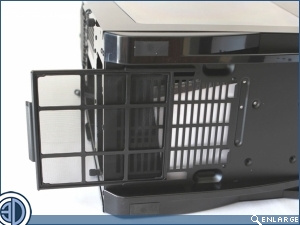