Up Close: Interior rear of Motherboard

Up Close:  Interior rear of Motherboard

As with all cases that are clean and tidy at the front, there's a lot going on round the back.  Best we get started then.  Firstly, there's ample cable management room with a good 20mm on tap.  there's also plenty of cable tie points in addition to the three SilverStone branded Velcro style ties. 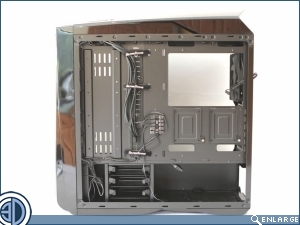 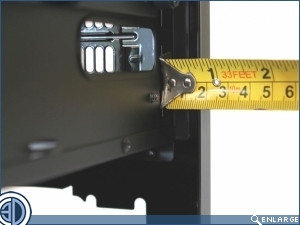 It's things like these ties that assure us that this case has not been build to a budget.  Why?  Because if the accountants had been running the show they either wouldn't be there, or wouldn't have the branding on them.  Another indication that specification was high on the agenda at SilverStone is the centrally located 10 in 1 fan distribution hub.  This might seem like a bit of over kill, but 10 is what you're going to need if you've got the rear case fan and a couple of rads in push pull. 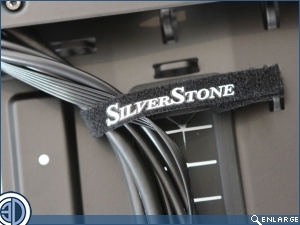 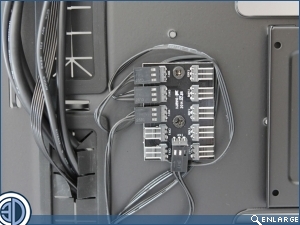 Page four of the review and finally we get to the storage.  Here we're looking at two of the total five dedicated 2.5" dive mounts.  Two others are positioned vertically down the front interior rear case edge, just forward of the cable routing channel, and an additional one can be placed behind the PSU 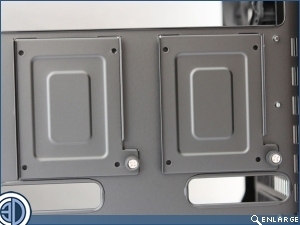 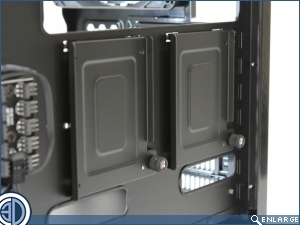 Along with five dedicated 2.5" mounts the Primera can also house up to four 3.5" drives, with these again doubling as 2.5" mounts if preferred.  It's safe to say that SilverStone have well and truly got the storage options covered. 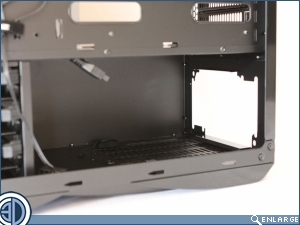 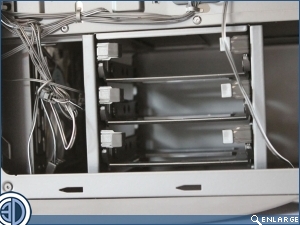