We do like a challenge here at OC3D towers, and SFF builds are certainly that.  The internal layout demands that the motherboard goes in first as getting it in after the PSU has been added would be impossible.  Officially the max PSU length is 150mm but as you can see we've had no problems at all fitting our 160mm long V1000 in there. 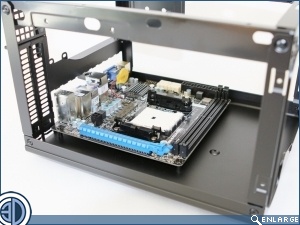 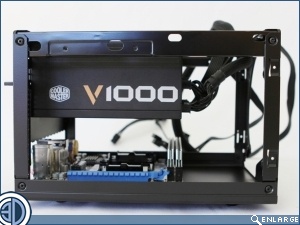 A distance of 70mm between the motherboard surface and the underside of the PSU allows for a max CPU cooler height of just 61mm.  This might be enough for a few low profile thin fan units and stock coolers but otherwise rules out any form of traditional tower cooler.  We also found that the 24pin ATX cable didn't have quite enough room to turn its corner whilst up against the edge of the PSU which may cause us some problems getting the panels back on without having a case bulge. 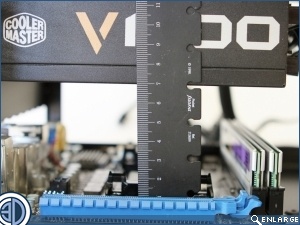 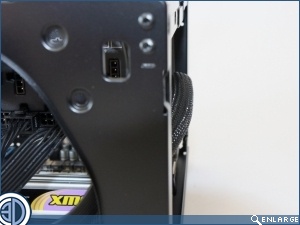 Silverstone say that it's possible to get a 120mm or 140mm AIO in the front of the case, and while we're not disputing this, we do have to say that in attempting this you're going to have to get very imaginative with your cable management.  Even SilverStone's own photos of the case with an AIO cooler in place show the intervening area crammed full of cables which do in fact appear to be fouling the fans of the AIO. 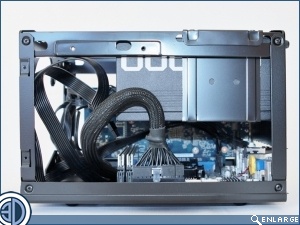 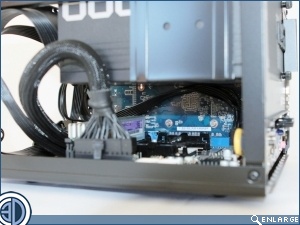 It's a limited build, but pretty much everything is in, including our trusty old 8800GT graphics card.  As stated previously it is possible to get a card up to 10.5" long into the SG13B provided of course it doesn't exceed 5.11" in width. 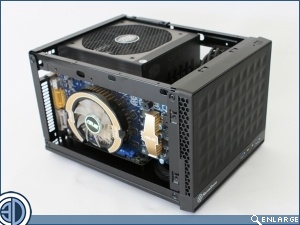 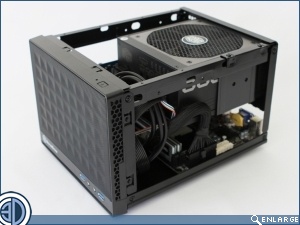 I think they have the Silverstone SFX very short power supplies in mind for use in this case. They actually make a short cable kit accessory set of cables that would be a huge help for this case. Also, I would even make them shorter. Its a bit of work to de-pin and shorten them and put new pins on, however it would be worth it to get space and airflow in this case.Quote

kc5vdj
We have the same problem in a Lian Li PC-Q18B that is currently in disuse because of my recent upgrades, but we plan to use it again soon. Do they make 12 volt EXTERNAL PSUs in the 300-350 watt category (or higher)? Replacing the PSU hole with a blank panel, with just a barrel connector, and putting one of those DC-DC converter boards in for the 3.3 and 5, would free up tons of space.Quote
Reply