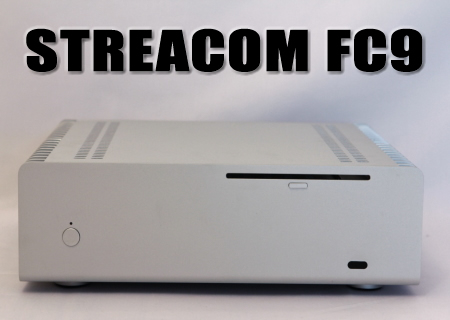 If the FC9 had a face book page, it's status would most assuredly be "It's Complicated"

When we looked at the interior we said there wasn't a lot to see, that doesn't mean there's not a lot going on.  it's not until we come to the build that we begin to understand what this case is all about.  The time we spent drooling over the various heat pipes and contact plates not only left us with a bit of a turgid, but also instilled a due sense of fear and apprehension with regards to how it all went together.  Still, at lest we have the instructions.  Ah yes, the instructions, which at first sight appear to be well laid out and instructive (as per their name) are at best not that much help, and at worst a bit misleading with regards to the easiest way to attach the heat pipes to the contact plate.

Choice of motherboard plays a critical role in the assembly of the FC9s cooling system.  If you have a motherboard with the 24pin connection running along the  left side when viewed from the rear then it's not going to be compatible with the standard contact plate assembly.  More of this at the end of the build section.  For now though lets push on with a motherboard that is compatible.

For the review we're using the MSI FM2-A55M-E33.  The back plate having been removed leaves space for four small adhesive padded metal discs to be attached to the motherboard holes.  This process would be the same regardless of the CPU you were using with the exception of 2011 which of curse has internally threaded motherboard holes.  Without the back plate there is a considerable reduction in strength particularly noticeable on AMD boards as the mounting holes are widely spaced. 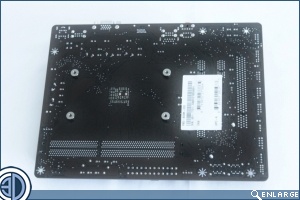 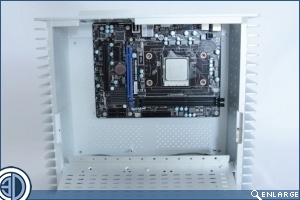 The instructions suggest that the heat pipes first be attached to the side of the case and then held in place by the contact plate and top clamp.  In practice we found that a bit of a faff and after about 30 minutes of smearing TIM around the place found it much easier and cleaner to clamp the heat pipes  very loosely in the contact plate assembly before attaching the assembly to the motherboard.  On just very slight tightening of the motherboard sprung tensioned screws we noted a worrying amount of bend in the motherboard. 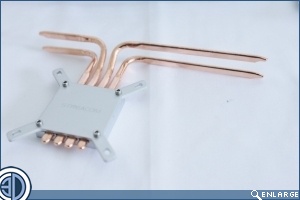 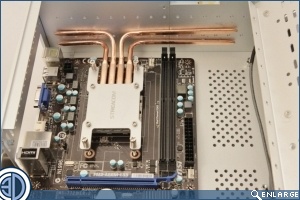 With the CPU contact plate in place the heat pipes can then be eased through to make direct contact with the side of the case.  Be prepared to get through a fair amount of TIM as all contact between Aluminium and copper has a liberal coating applied.  Once everything is in place the Aluminium side panel contact plates can be  positioned and screwed into place from the outside. 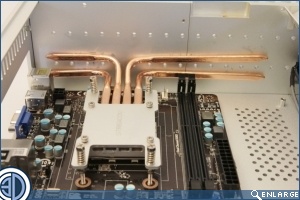 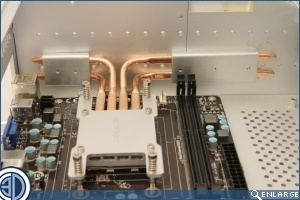 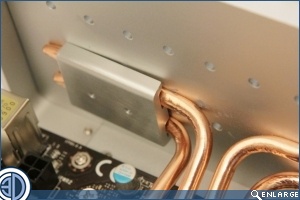 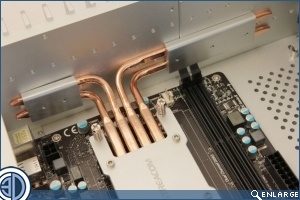 In the image below left you can see the issue that arises as a result of the 24 pin connection being located along the side of the motherboard.  Even without the heat pipes clamped in place it's easy to see that there's no way the two are compatible.  All is not lost though as a contact plate riser is available (shown below right) that will give an additional 32mm of clearance.  Bear in mind that this isn't included in the basic kit and will set you back £20 or so should you need it. 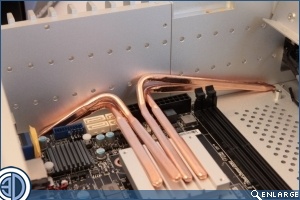 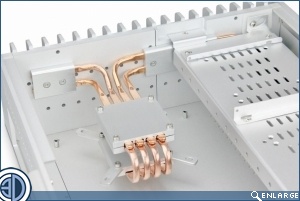 As we're going to be using the on board graphics of the AMD A8 5600 there's no real need to fit a Discrete GPU.  Should you choose to, or need to, bear in mind it will need to be low profile and low power.  We have however fitted a 3.5" drive to the underside of the drive rack leaving space up top for a 2.5" and an optical drive should we so desire.  With the drive in place the rack is simply rotated round and secured in place with some of the smallest screws we've ever seen used in a case. 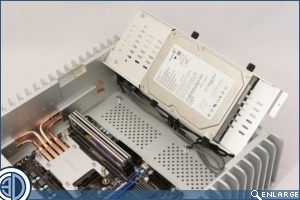 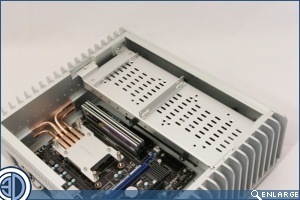 Power comes from the external Nano 150 and is ported in via a single black braded cable to the 24 pin connection.  A small PCB is appended to the 24 pin connection which handles power distribution to a grand total of 4 connections.  In total a 4pin CPU power plug and inline connection having 2xSATA and 1x4 pin Molex.  Clearance between the 24 pin unit and the HDD is also pretty limited, the image below right actually shows the HDD resting very slightly on top of the unit. 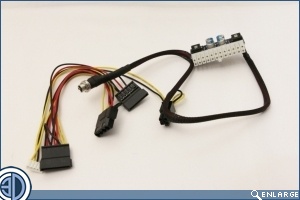 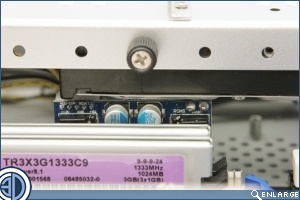 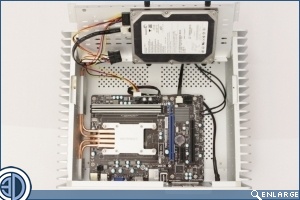 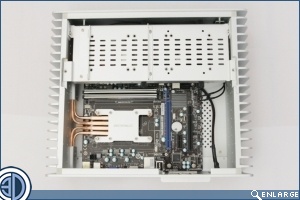 The FC9 looks quite striking in it's natural habitat, and as it's available in both black and silver will blend in with the majority of existing kit.  Although we've put the unit into a vertical stacking system here, it's of such a size as to easily fit a shelf in all but the smallest home AV units. 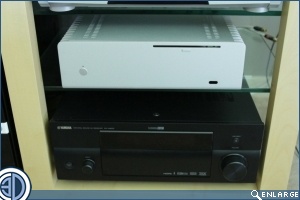 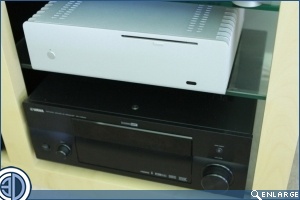 sheroo
These silent heatpipe cases have been around for a few years now, and to me this case brings nothing new to the market. The 150W PicoPSU has been out for years, the DVD slot is irrelevant and the price tag is onerous - always has been for these types of things.

A little bit of airflow goes a long way...

For the same money you can build yourself a much more versatile machine.Quote

MrKambo
ive actually been eyeing one of these for a while, ive wanted a HTPC for the tv downstairs, but always had my heart set of a Wesena case, but they stopped making them, this is the next best thing

teamed up with Haswell, seeing as they fixed the 24Hz issue, could be a awesome buildQuote
Reply