Some cases aren't designed to be logical; they are made for the looks. Yes, that means that factors like cable management need to be considered, but it doesn't mean that things are created with optimal noise dampening or dust filtering in mind.

Thermaltake's Core P3 Tempered Glass chassis is designed to be a showpiece. The kind of case that you'll show off at LAN events or mount to the wall of your dream Mancave, or Games Room. It's not designed to make sense, and if that does not compute with you, you should be looking with other cases.

Today, we will be looking at the Tempered Glass Curved Edition of Thermaltake's Core P3. What differentiates this case from the standard P3 is its curved tempered glass panel. This curved panel can be made to cover either the top or front of Thermaltake's P3 enclosure, thanks to the square nature of the case's design. 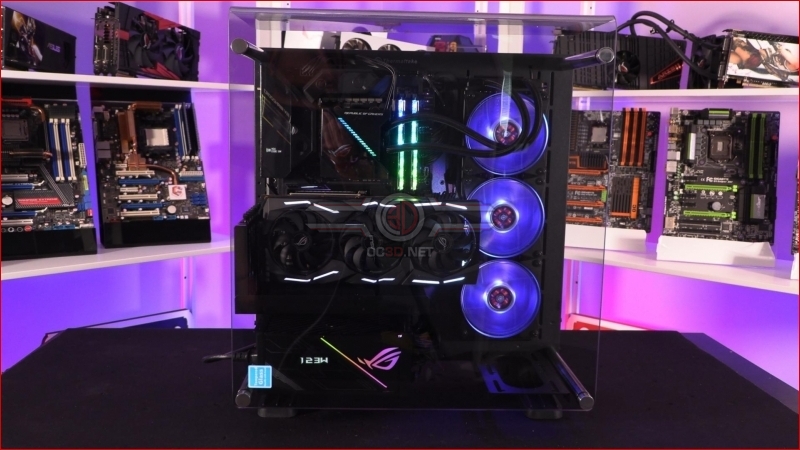 The idea behind the Core P3 is minimalism and flash. Thermaltake has provided just enough case to get the job done and more than enough freedom to allow its users to see all of their PC hardware in its fullest glory. Every RGB LED can be seen, your carefully selected RAM sticks are clearly visible, and even your power supply is on full display.

The Core P3 is also designed to be sat on its side, as seen above, horizontally on its rear panel and wall-mounted when combined with a specialised bracket. 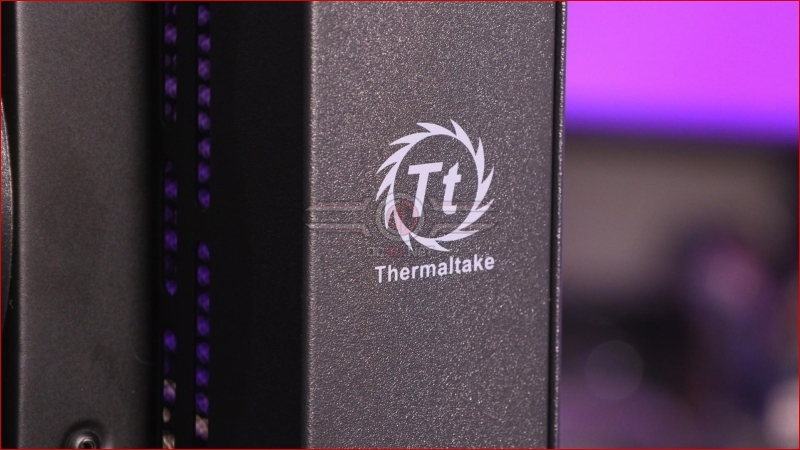 If you aren't looking for a case with flash, the Core P3 isn't for you. Everything with this case is open, which means that will need to be willing to show off every aspect of your system.

Buying a Core P3 is committing to good cable management, a desire to have matching components and the goal of having one of the flashiest systems that money can buy. This case doesn't quietly sit in the corner, it demands your attention, and you best fill it with components that are worthy of it.

By this, we don't mean that you need to spend tens of thousands of pounds, or dollars, on your PC. No, what you need are components that are carefully selected to look good both alone and together. You need to create a PC that deserves to be shown off, and that need not be expensive. 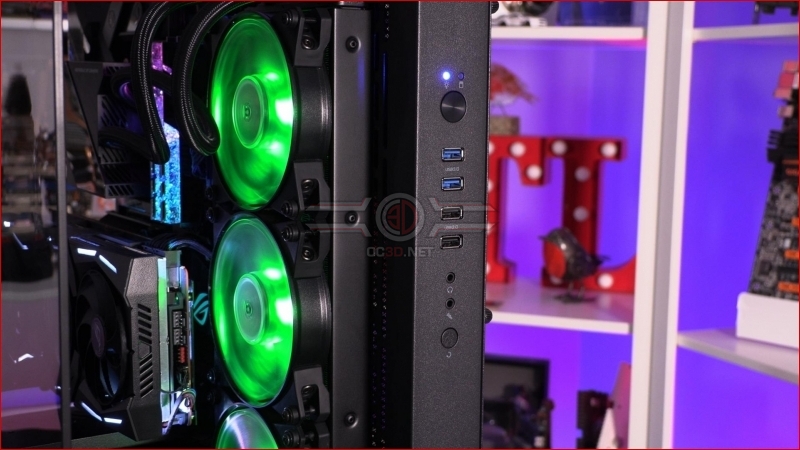 While this case does support air coolers, most users of this enclosure will be planning to water cool their systems, and with support for only one radiator, that radiator best be a big one. Don't worry,; thiscase can support triple-fan radiators that are up to 420mm (3x 140mm) in size. This means that this case is also ready to support your 240mm, 280mm and 360mm closed-loop liquid coolers.

This enclosure doesn't ship with any fans, though it does ship with a single PCIe 16x extension cable for vertical GPU mounting. 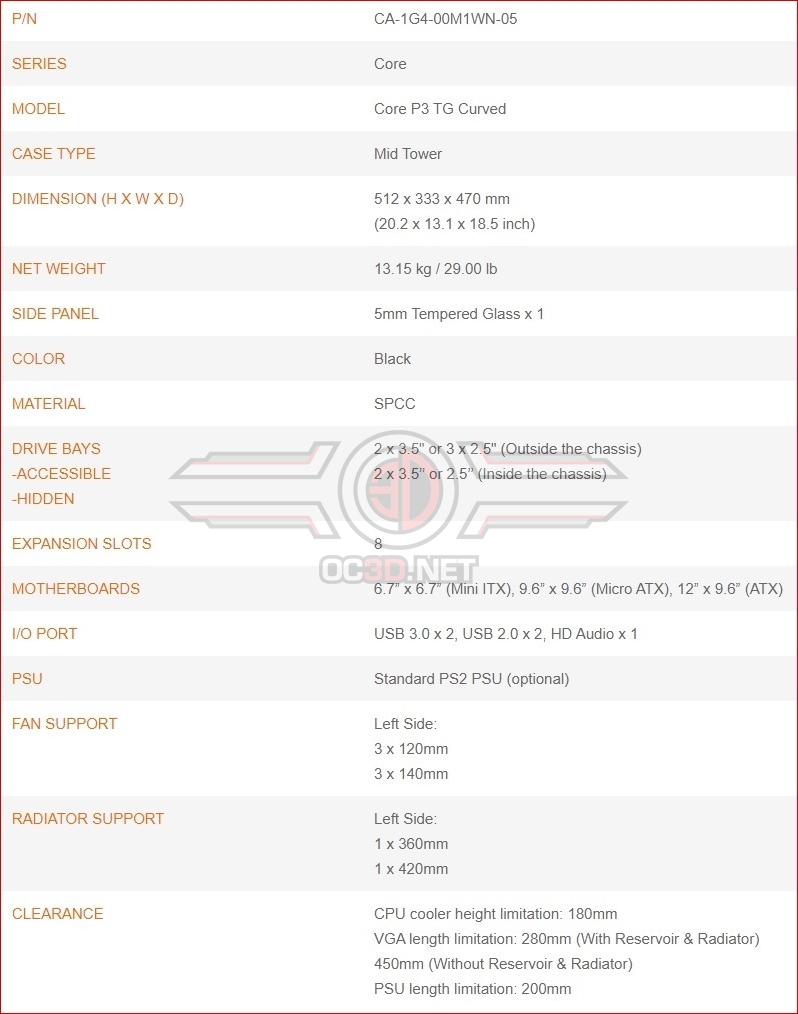 On the front I/O of this case, Thermaltake has provided its users access to two USB 3.0 ports, two USB 2.0 ports and standard audio input and output jacks. This is what should be expected from and modern PC case.

Bartacus
I know TT gets a bad rap around here, but I love my white P3. Like LOVE the thing, truly. You can have a killer looking loop, and a boatload of storage, in a small-ish thing you can mount on the wall if you want to. And it's cheap. Nice review!Quote

Peace Đ
I still have my Chaser A31 in black with the blue ODD slot covers for pretty exactly 6 years now and I also still love it. Was a charm to work with and still looks kinda timeless.


Never been a big fan of the Core series, although they look pretty cool I'm simply not a guy who cleans very oftenQuote