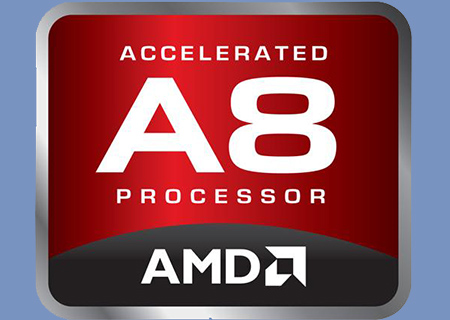 It's very easy to get bogged down in the high-end hardware, the cream of the crop, and forget what a joy there is to be had from something that is almost proudly cheap and cheerful. AMD have nearly always been the providers of exceptionally good performing CPUs at a much more affordable price-point than Intel. Of course things rapidly changed a little while ago with the introduction of the LGA115x socket CPUs from Intel, and the relatively disappointing performance of the Phenom IIs, and latterly the FX8150. When you laud your latest CPU as the flagship disappointment is almost inevitable.

The Llano A8-3870K is most certainly not lauded as an Octocore monster. It's a quiet little 3GHz Quad-Core with a decent integrated graphics solution, and it's all the better for it.

Sure the CPU performance isn't outstanding when compared to the Intel options. Even the i5-2405S, the 3GHz Quad Intel equivalent, outperforms it fairly well. But compared to the performance we've been seeing from AMD of late it's exactly where you'd hope it to be. The unlocking of the multiplier helps the overclocking too, and by tweaking both the CPU clockspeed and the HD6550D GPU speed, some decent performance is there to be had.

It's all about understanding the performance available and tailoring your expectations to suit. The Unigine/AvP and Extreme 3D Mark tests don't set the world on fire, but if you were playing at a more realistic 720P resolution (3D Mark P score territory) the 3870K has a surprising amount of power available. Certainly more than we've seen from the latest HD4000 Intel option.

In fact the only real dilemma comes from AMD themselves. Such is the extremely tight gap between the price of this CPU and the price of their full-fat FX8150 that it's difficult to see why you'd choose this model over any others. If you just want the CPU side of things to be decent, then the FX6100 has six 3.3GHz cores for the same money. Or for about twenty pounds less you can retain your AM3 motherboard and grab a Phenom II X4 965. The other limitation is the small selection of GPUs that support the Hybrid-Crossfire. They're all underpowered and overpriced and there are much more powerful options available for around the same money. So although Hybrid-Crossfire is an option, it's not one that makes sense because if you're going to have to buy a GPU you might as well get a better GPU and a better pure CPU to go alongside it, even if you insist on sticking with AMD.

So this has a very small target audience of people who just want a CPU that is a decent performer that will cope with most home tasks without breaking a sweat and has a decent integrated graphics chip for some light gaming at medium resolutions. To these people it's definitely great value for money.

Thanks to AMD for providing the A8-3870K for review. Discuss in the OC3D forums.

sheroo
Have been running one of these in my daughter's rig for a few months now. Its does everything asked of it with consumate ease. Mild gaming and internet browsing - it doesn't even break a sweat. The only thing that I noticed is that HWMonitor doesn't report the temps correctly.Quote

flyboyovyick
I personally have one of these and i think they are excellent!

Also overclocked my HyperX Blu 1600Mhz to 1866Mhz so i get even better performance.

I would recommend this for anyone who likes some light gaming,Quote

VengeanceUK
surpised they let tom test one of these after his rightfully scathing attack on faildozer.

i was an amd fan, until that chip came out, now i'm leaning towards an intel build for the first time in over a decadeQuote

Azuka09
I think this CPU/APU is underrated. Ok it can`t keep up with an i5 or i7 but it has a lot of power and packs a decent gpu in there too. I used this one in a PC for a costumer, he can play nearly all games (even though in low settings) and it`s more than enough for internet, watching movies etc. I was really suprised by it when i tested it. And it`s cheap too, over here in Germany you get the A8-3870K for around 100â¬, really nice price (cheapest i6 is around 150â¬). I`m using alot AMD CPUs cause my avarage costumer does not have too much money and with the FMI chips i get a Cpu and a Gpu for little money. For Multimedia-PCs this is a good choice.Quote

they just need to get the high end sorted out and give intel some serious competition again.Quote
Reply