AMD's Kaveri lineup has been with us for almost a year now, with the only addition to the series since then being the A10-7800, a power optimised, locked down variant of the A10-7850K.

AMD has recently launched their newest APU, the A8-7650K, which is a very interesting addition to the series. It is an unlocked quad core APU with 6 GPU compute cores, which to put it in simpler terms makes this APU a unlocked A10-7700K, with lower clock speeds and the lower price of £78.

This CPU has a good change of being a great budget performer, as it's shortcoming could be dealt with with a bit of overclocking. We will be overclocking the CPU and the GPU portions of the APU in this review, so let's see how this new part fares. 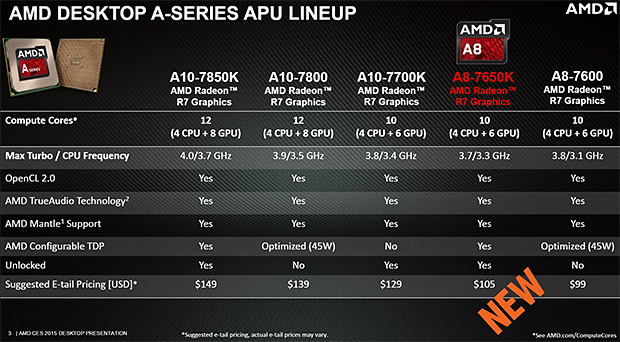