The test setup here is the same as was used in our Crossblade Ranger review, with AMD 2400MHz memory, a pair of Corsiar LS Series SSDs, an H80i and powered by a HX850 in a Corsair 300R chassis.

Overclocking this APU was a mixed bag, on the CPU side I was only able to get the CPU to overclock up to 4.3GHz, which I found to be fairly disappointing compared to my Athlon 860K which achieved an overclock of 4.5GHz. This dissapointing CPU overclock could be down to two things, the  silicon lottery or that this chip is a low binned chip from AMD, probably both in all likelyhood.

On the GPU side things were much better, we were able to overclock the GPU from 753MHz to 1029MHz, this overclock was applied in ASUS' BIOS. Just to be clear, you cannot overclock an APU with utilities like MSI afterburner.

As you will see later in the review these overclocks greatly increased this APUs performance in games, but it still does not compete well with even some of the most modest of dedicated GPUs. 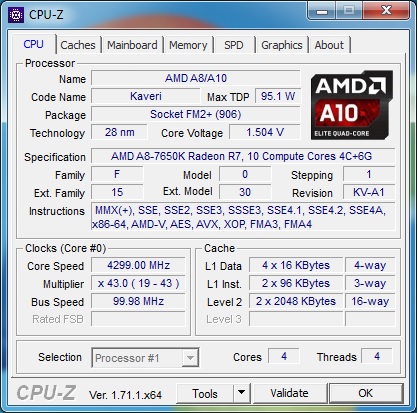 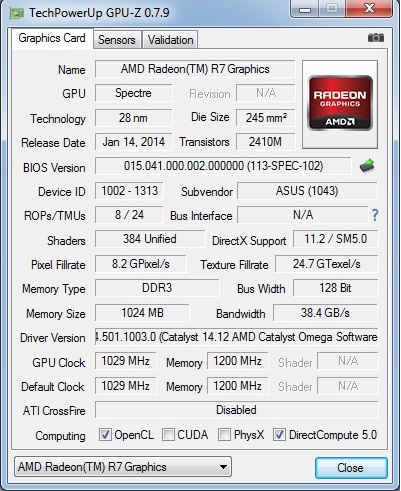 The APU consumes a similar amount of power to the other Kaveri APUs. At idle it consumes a few more watts than the others, but under a gaming load it had the smallest power draw of all the compared APUs. 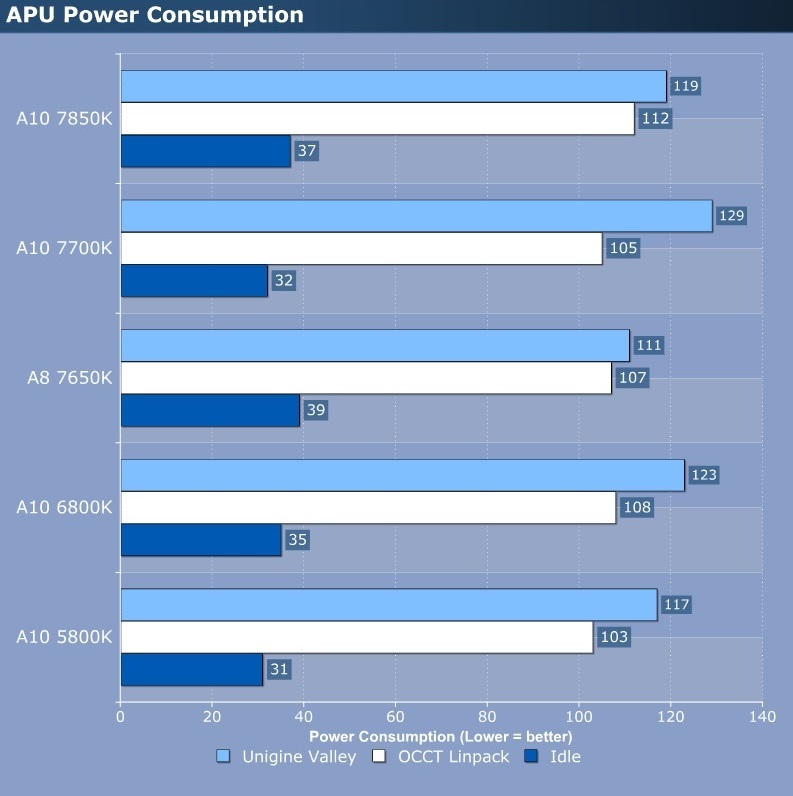