In X264 the A8-7650K actually beats the Athlon CPUs in terms of performance, which is surprising since they have slightly higher clock speeds, while this difference is marginal it is still there and is noteworthy.

While overclocked it easily beats out all the stock FM2/2+ CPUs and remains fairly close to the overclocked Athlon 860K. Even with it's 200MHz lower overclock the A8-7650K still hold's it's ground well. 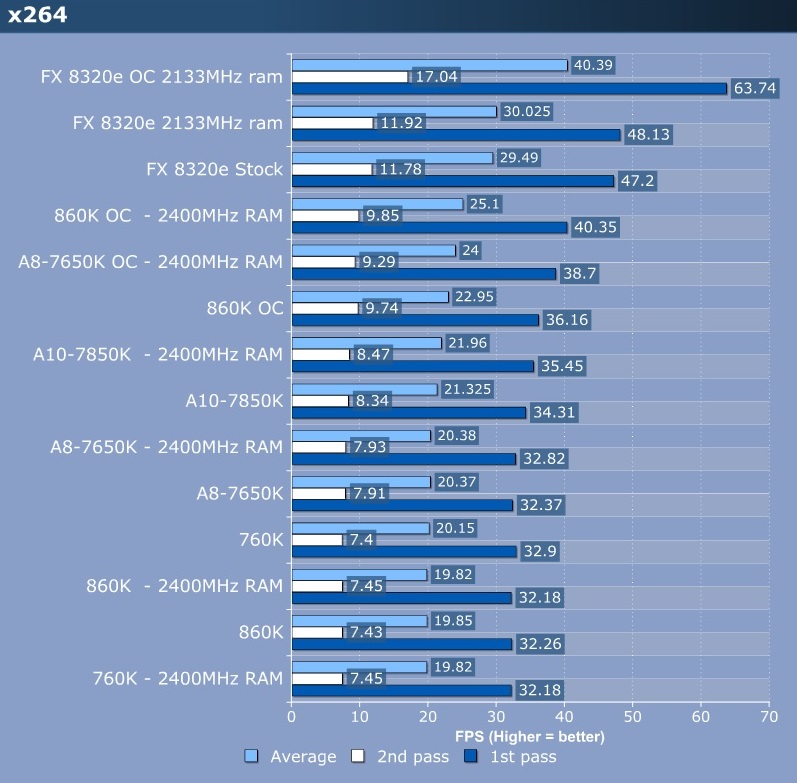 In wPrime the A8-7650 performs worse than all other Kaveri APUs tested, but easily beats the Piledriver based Athlon 760K due to the architectural advantages of AMD's Steamroller CPU cores. While the Quad core Kaveri APUs cannot fight off the 8-core FX-8320e due to the sheer core advantage, we see that the overclocked quad core does get surprisingly close to the stock 8-core. 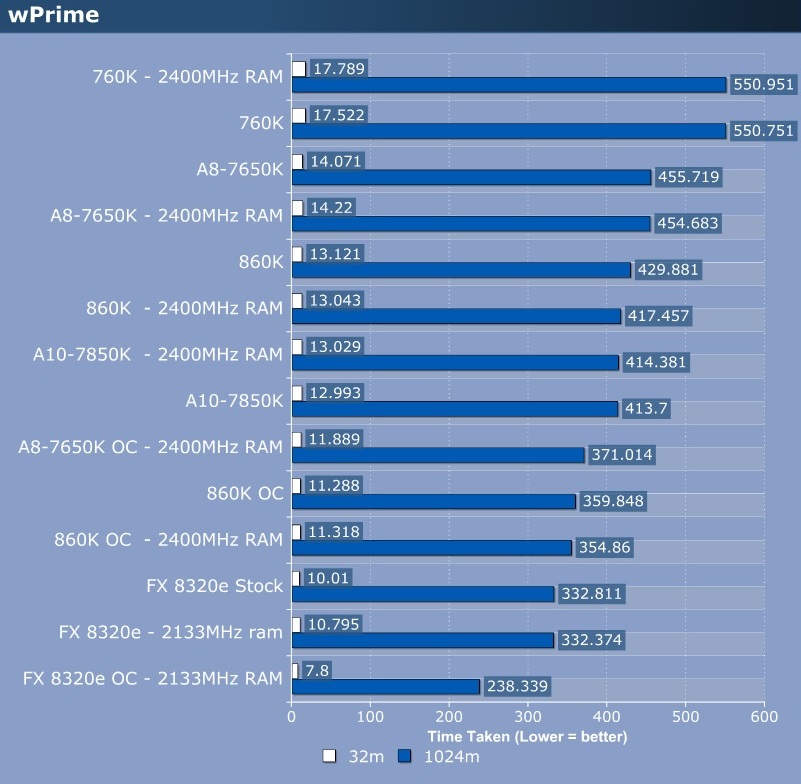