In PCMARK 8 we can see that AMD has really improved the drivers for Kaveri since it's launch last year, in this benchmark we see that the A8-7650K actually beats the faster A10 Kaveri APUs in this test, but this is due to me not having the parts to hand and the results being from the APUs launch.

While the Athlon 860K + R7 250 combo still reigns supreme in this test, the overclocked GPU does get very close to the top of the board, especially in the OpenCl accelerated test.

The combine CPU and GPU overclock serves this APU very nicely in this test, giving over a 200piont boost in the standard score and an over 300 point boost for the OpenCL accelerated score. 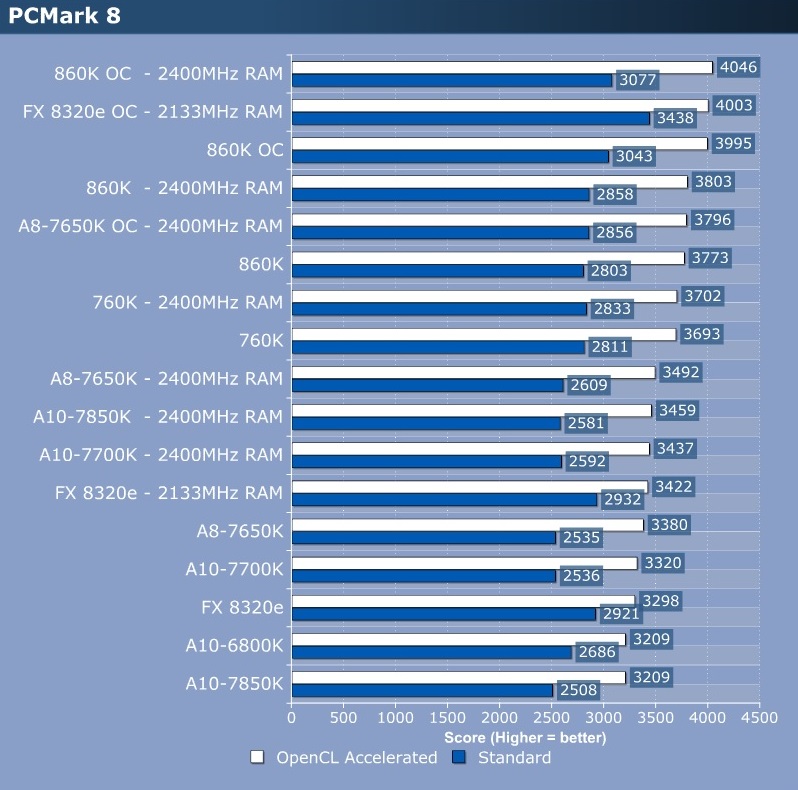 In 3DMARK our 2 pronged approach to overclocking results in a very large increase in the APUs performance, in the Sky diver test we see an over 1000 point boost in score and a over 1200 point boost in cloud gate. These increases in 3DMARK score is a round 15%, but it isn't enough to reach the scores obtained by the Athlon 860K with the R7 250. 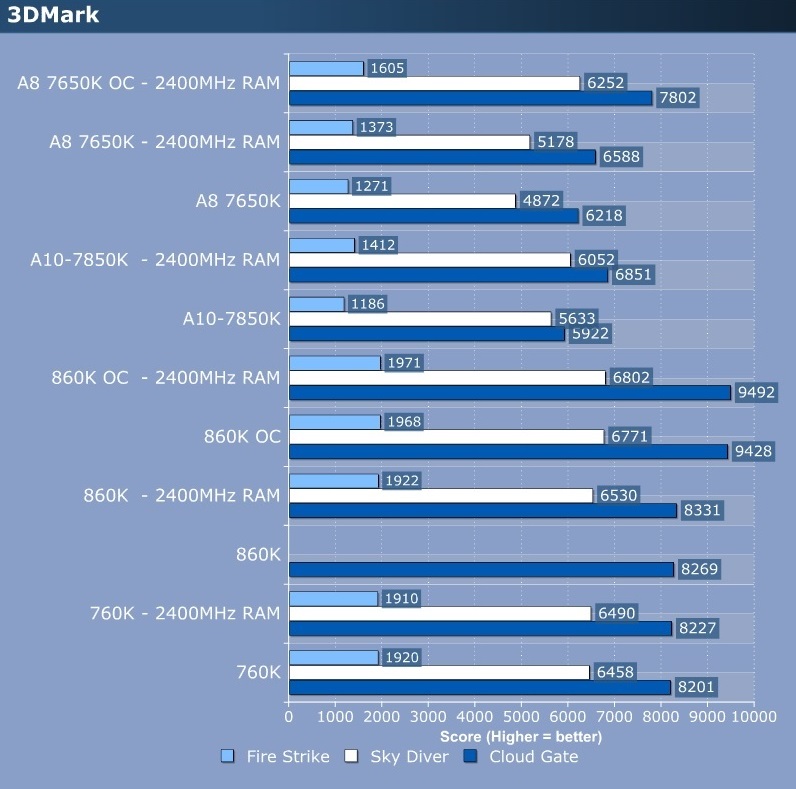