In our Cinebench test we see that the performance of the A8-7650K follows the usual trend, the CPU is at the bottom of the charts at stock due to it's lover clocks speed and it's relatively low overclock does give it a performance disadvantage to the other overclocked FM2+ CPUs.

These performance decreases compared to the other APUs are fairly minimal, so the A8-7650K is a great budget option. 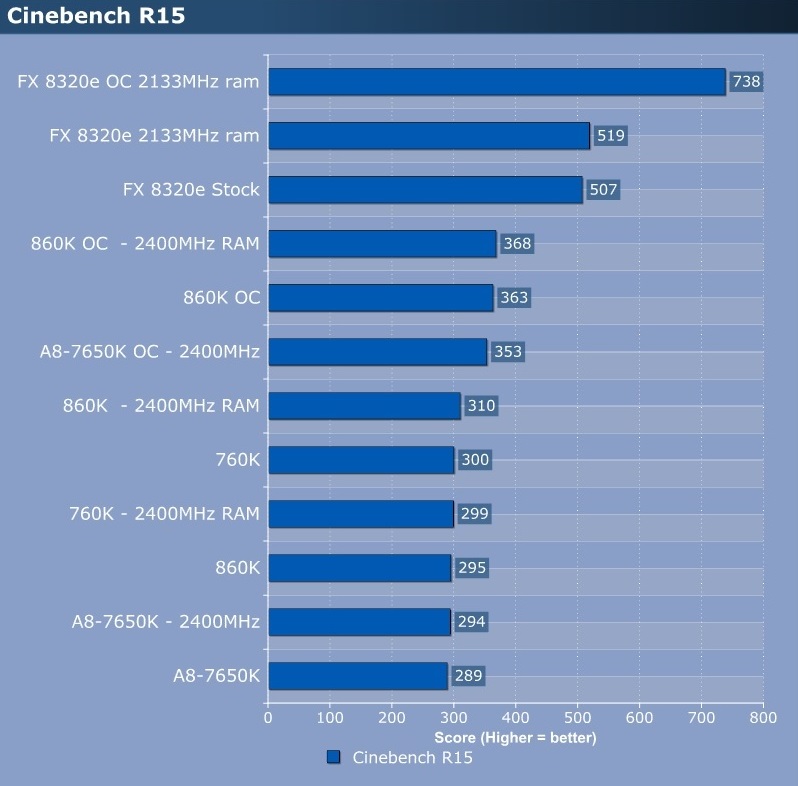 Luxmark is a prime example of how AMD has improved the iGPU in their APUs, especially in CPU compute scenarios. Compared to the A10-6800K the lowly A8-7650K just hammers it. While CPU performance is not better the GPU and combined scores are just leagues ahead of it's older Richland counterpart. 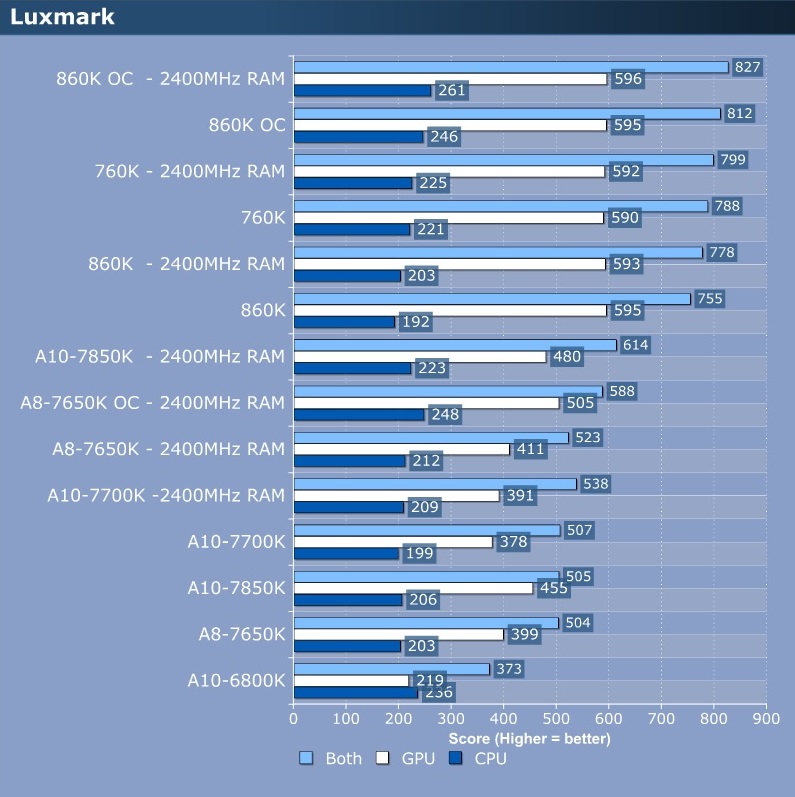