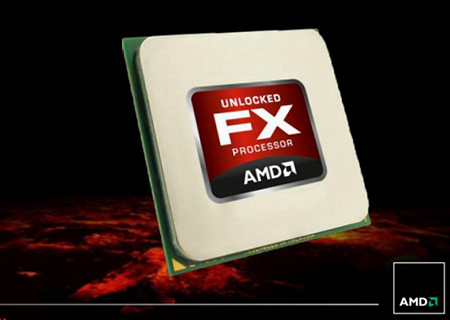 When AMD released the X6 1095T me and VB had a serious argument about how good we thought it was and where it placed in the grand scheme of things. Suffice to say that with the FX8150 there was no such debate. At all.

Bulldozer has been hyped as the next big hope for AMD. The company who, for a lot of us, were the first to bust the 1GHz barrier, whose Thunderbird and Barton processors were the mainstays of our enthusiast lifestyle. Sure the Phenom was a bit average, but with this new chip they knew what the opposition had under their belts and knew exactly what they had to do. Indeed it's be hammered into us relentlessly how this is their shot at beating the Sandy Bridge in every department.

Much has been made of the Bulldozer modules that each contain two cores. Judging from the performance the reason they've called them modules isn't because each one is like a dual-core processor. It's because each one is about the equivalent to a single Intel core. What on earth are they doing? The numbers imply something monumental. It marmalises the Intel on clock speed, cache and number of cores, yet the results show that even the i5-2500K beats it in nearly every test, and the i7-2600K annihilates it to such a degree it's embarrassing. How AMD have the cheek to compare it to an i7-980X in pricing terms is frankly beyond us. If a i5-2500K can make this look merely average, the i7-980X would make it look like something from the stone-age.

In application-based testing the FX8150 just doesn't really get it done, and certainly nothing like it should given its lofty specification. The X6 1095T is just as good and that's older, cheaper and less well-equipped. Gaming results are far kinder and the FX8150 even topped some of our graphs compared to the i5-2500K. On the flip side though the comparitively weak i5-2300 wasn't far behind in newer games and ahead in older ones.

There are few crumbs of comfort. AMDs aim was to produce a hardcore processor that out-performed and was cheaper than the i5-2500K. In actuality the reverse is true. Initial pricing indicates most retailers will sell around the £220 mark, although Aria have it at the cheapest UK price, £190. This is still £20 more than the i5-2500K, and the 2500K comes with the robust Z68 chipset where any motherboard at all can overclock it past 4.5GHz with ease and get identical RAM performing far faster too. Don't forget that this is the Flagship CPU in the new AMD line. The absolute best performer they can muster. We don't know what the processor is doing with 8 cores at 4.2 GHz, but it certainly isn't using them to give the end user any performance.

We cannot overstate how saddened we are by the current state of affairs at AMD. It wasn't that long ago that their CPU arm was producing good-performing great value chips, and their GPUs were high-performance, cool and quiet offerings. Similarly to the hot HD6 series of GPUs the FX8150 is a toasty processor. Whilst we could overclock it to 5GHz you'd need a dedicated dual-rad to keep it usable, and even in our 4.7GHz test state it was making our NH-D14 seriously hot to the touch.

It's less of a Bulldozer, and more of a trowel.

Thanks to AMD for providing the FX8150 for review. Discuss in our forums.

EDIT: Wow... i didn't expect it to suck this muchQuote

Diablo
I was secretly hoping AMD could pull it out and get one over intel. Shame. This is like watching the pentium 4 all over again. On paper faster, but in reality slower and much hotter running. Oh well, Sandy Bridge E for me