In x264 we see that the increase in core count does help the AMD 8320 and 8320e despire it's stock clock speed disadvantages. again the 8320e does provide slightly decreased performance compared to the FX 8320e.

When overclocked we see an increase in performance of around 33%, increasing the average FPS from 30.025 to 40.39. 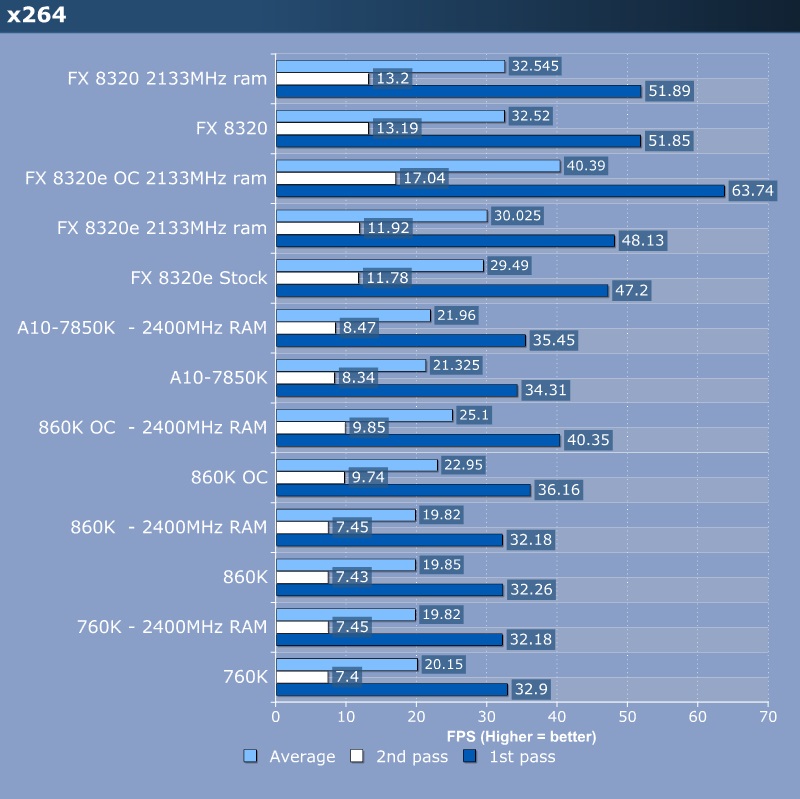 In wPrime we see on of the problems with the FX 8320e, it still uses the ageing AMD Piledriver CPU architecture. As we see in our Athlon x4 860K review, AMD's newer Steamroller architecture provides a significant bump in performance in this specific test, which makes the overclocked 860K (at 4.5 GHz) get within 30 seconds of AMD's 8 core 8320e at it's stock clock speed.

This is a test where we see AMD's 8320e pull a little behind it's older more power hungry counterpart, taking almost 30 more seconds to complete the 1024m test, which is about 10% longer. 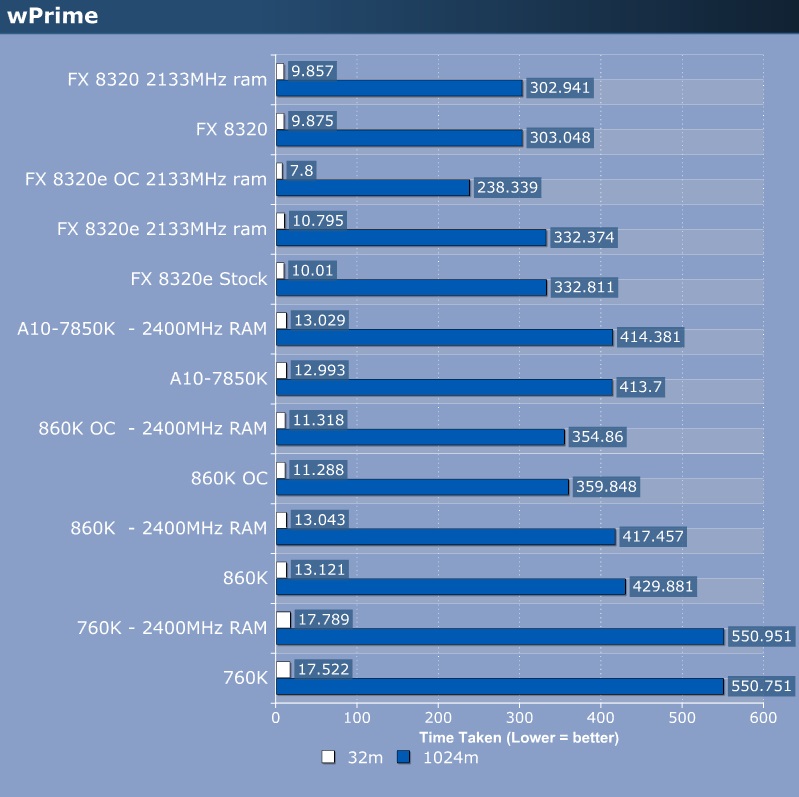