PCMARK 8 is designed to test a systems computational ability in basic home or office tasks like work processing and internet browsing. In this test we see that while PCMARK 8 gives a higher score to the 8-core CPUs in their Standard test, the score increase isn't by a massive amount compared to the quad core FM2/2+ socket CPUs.

In the openCL tests we actually see the 8 core CPU getting a lower score, which we believe is due a reduced multi threadedness of the test and a reduced per core CPU performance of the 8 cores due to lower clock speeds, especially given how the overclocked results for the FX 8320e and the overclocked results for the Athlon x4 860K are almost identical. 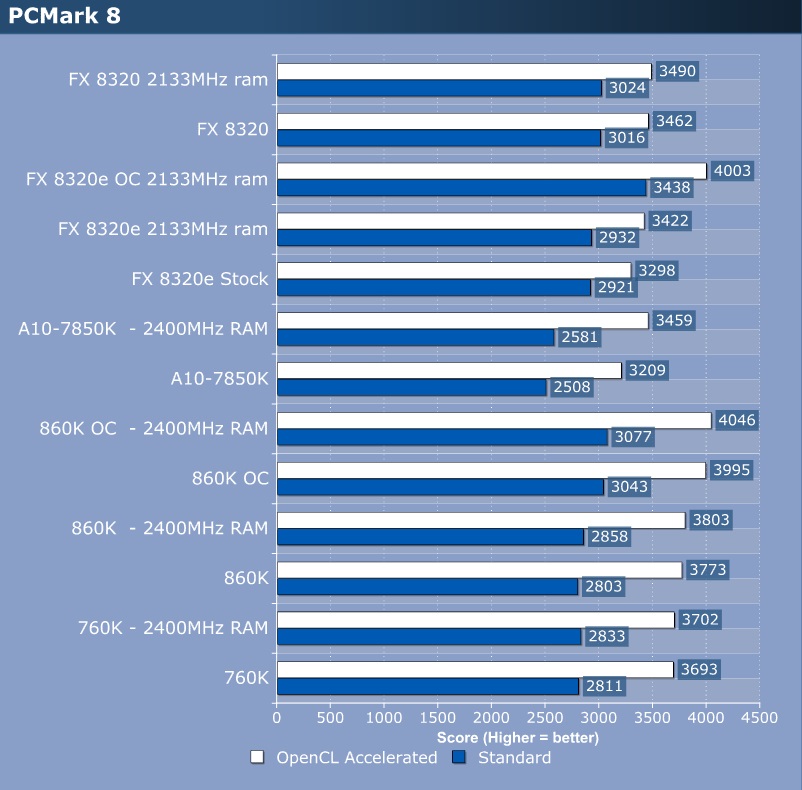 In 3DMARK we see the 8 core CPU take a lead over the FM2/2+ quad cores in all areas, especially in the Cloud Gate tests. It is clear that the rather low end R7 250 is the main thing preventing us from getting higher scores here, but we do still see a small advantage here from using a more powerful CPU.

Comparing the FX 8320e to the 8320 we see that the 8320e has marginally lower scores all round, but the differences here are very minimal. A 400 point drop in a score over 10000 isn't much, especially given the power savings of the stock 8320e. 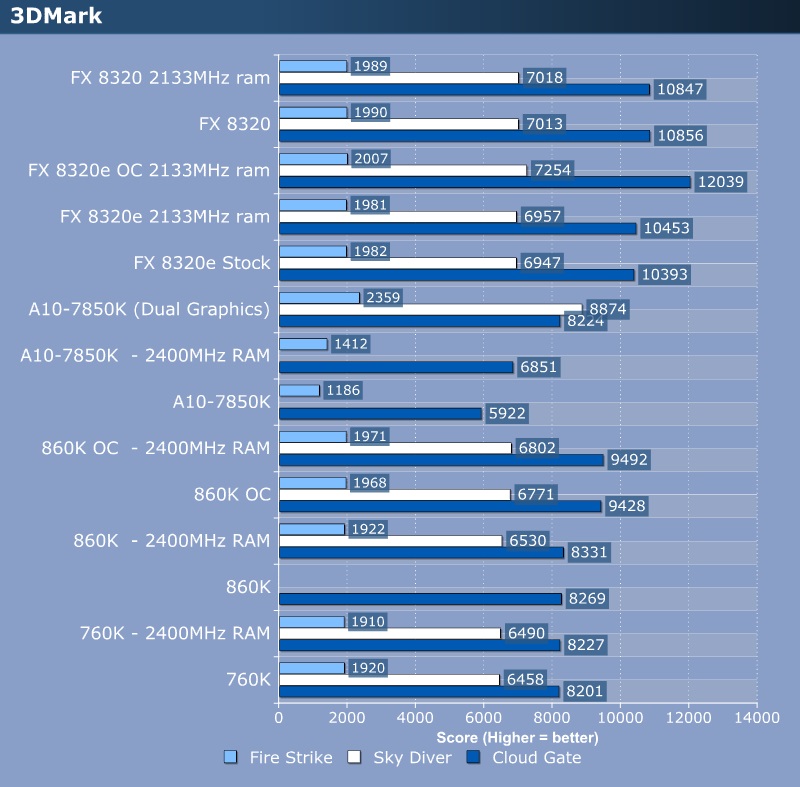