Again like x264 and wPrime we see the 8 cores of the AMD FX CPUs really show off their raw performance in this highly threaded test. 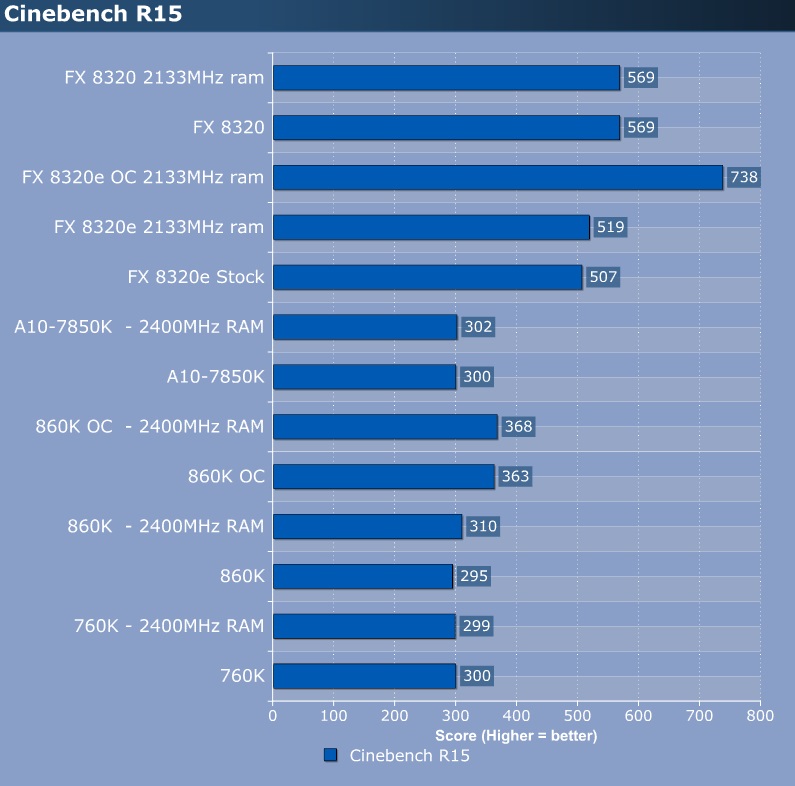 In Luxmarks CPU test we see again that both the FX 8 core CPUs perform very similarly, with the 8320e slightly trailing behind. Our overclock here provides a 22% gain in performance over stock. 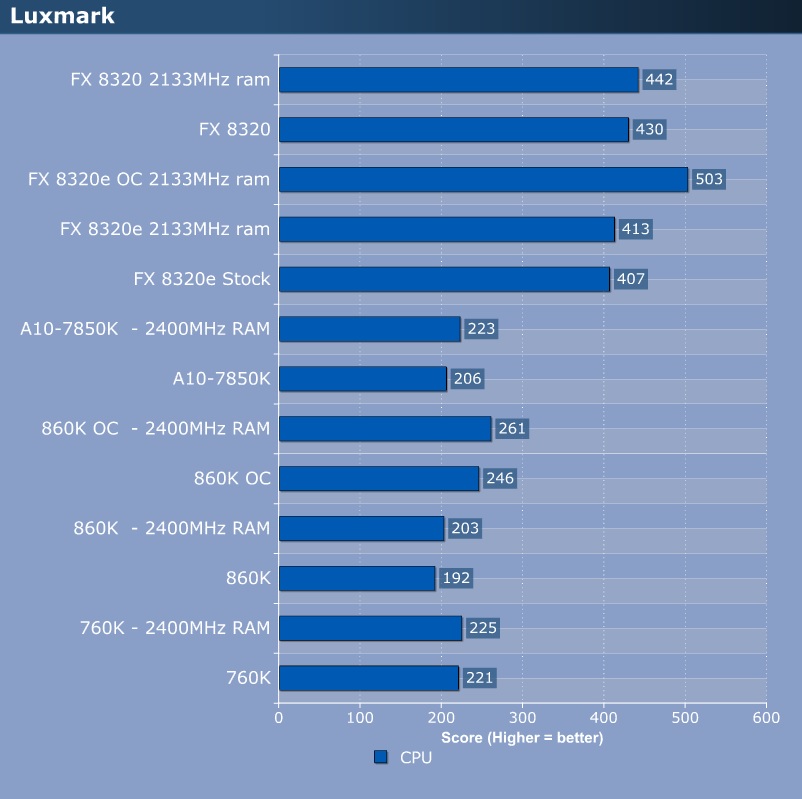