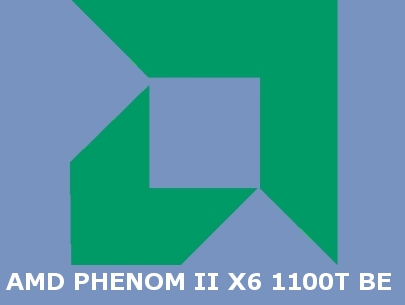 In terms of raw arithmetic performance, the Phenom II X6 processors waddle off to a pretty depressing start. Only at 4.20GHz does the Phenom II show any ability to keep up with the reference clocked i7 950.

The 100MHz increase over the 1090T offers a small performance boost as shown above, while at 4.20GHz the 1100T BE is miles ahead. The reference frequency i7 950 is positioned between the default and overclocked results; a clear win for team blue.

Clearly Intel's performance reign is most noticeable with media/photo editing based tasks. Not even the 4.20GHz Phenom II is a match for the identically priced i7 950 at reference speeds.

The tables turn yet again, with the Core i7 950 falling behind the pack of hex core processors. The next page will cover some more synthetic benchmarks.

Stromatolites
Someone hasnt slept tonight I take it, posting this at half six. Must be up with something green....

Like the review mate, shame really that the AMD offering is still trumped by the 950.Quote

Delusion77
Im still waiting to see bulldozer(more specifically Zambezi/Orochi due to launch next year) and bobcat(ontario the netbook/tablet APU). those are 2 things from AMD im looking forward to. Competition to the i7 9xx series and Atom combo. Im not really interested in the middle of the range Llano as it is still athlonII basedQuote

loonyface
I can understand buying an X6 for rendering and stuff, but from what ive heard 6 cores doesn't improve gaming performance because most games are set up for 4 cores?

For most newer games even an i3 540 will do the job perfectly fine. It's the GPU that counts most in games. Talking applications that really take advantages of a great CPU, well you have a different story there.Quote
Reply