AMD's Raven Ridge CPU design sits at a midway point between AMD's existing Summit Ridge series of Ryzen processors and their upcoming "Ryzen +" series of CPUs, with the latter being set for a release in April.

This places Raven Ridge in a strange position, coming with the same basic CPU design as AMD's existing Ryzen processors on the same 14nm process from GlobalFoundries while benefitting from some of the improvements that are coming to Ryzen+. The most notable of these changes is the inclusion of Precision Boost 2 and alterations to cache latencies.

Precision Boost 2 is the name of AMD's latest boost algorithm which specifies what clock speed a product should be running at under specific workloads, improving upon the implementation that AMD delivered with their 1st generation Ryzen designs. 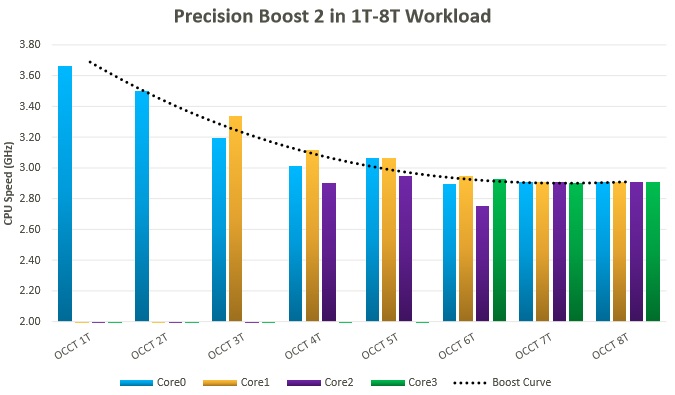 Raven Ridge is also designed to make better use of AMD's Infinity Fabric technology, allowing a Ryzen CPU module to be integrated with a Vega graphics component, giving both access to the products I/O and memory subsystems. Vega is the first AMD GPU architecture to utilise Infinity Fabric, with an APU acting as the perfect place to showcase this new functionality, especially when given an APU's required low power requirements.

Vega is a much more power efficient architecture at lower clock speeds, making Raven Ridge the fastest APU to date in terms of GPU clock speed, while also offering an increased maximum GPU core/stream processor count. Combine this with Vega's other architectural enhancements and AMD has a compelling offering on their hands. 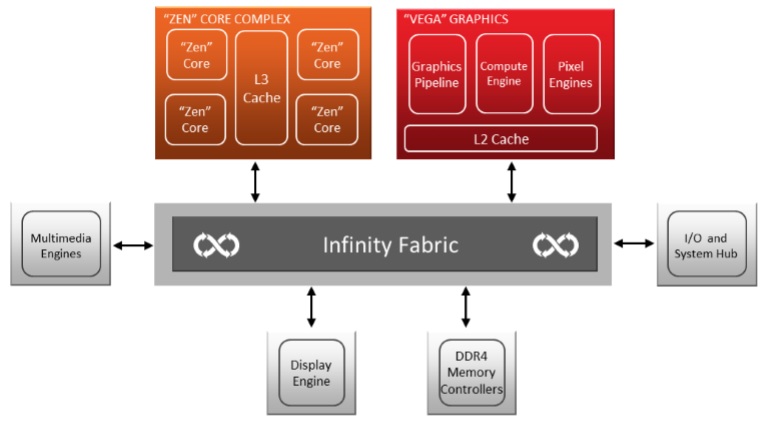 While all of Vega's architectural advancements are worth mentioning, the most noteworthy of them is AMD's new Draw-Steam-Binning-Rasteriser. This is a technique that AMD can use to reduce the number of bytes per frame that are required while rendering, decreasing the memory bandwidth that is required by the processor.

This change is huge for an APU, as their reliance on DDR system memory has traditionally head back their game performance. Combine this with the move to higher bandwidth DDR4 with Raven Ridge and we should see memory speed have an overall lower impact on GPU performance, at least when compared to older APUs. 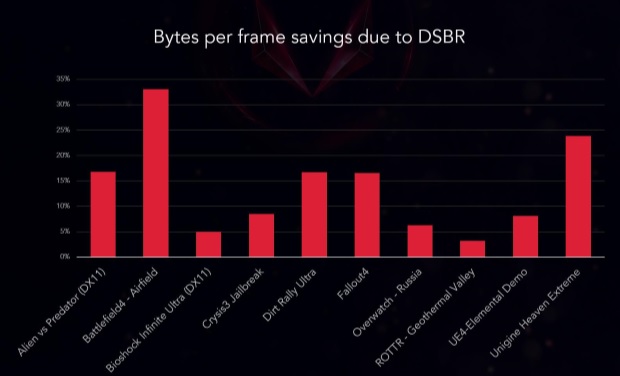 One of the many changes that AMD has noted with their Raven Ridge series CPUs is a reduction in cache latencies, something that many of Ryzen's critics have been crying out for, particularly within the game emulation scene.

AMD has noted that they improved their cache latencies in Raven Ridge, though we were not satisfied with AMD's word here and decided to confirm this for ourselves using AIDA 64's Cache latency and bandwidth test, where we found some significant changes.

While L1 cache latencies remain similar, both L2 and L3 cache latencies are significantly reduced, with a decrease of around 25% when moving our 1700X to AMD's new Raven Ridge processors on the products L2 cache and a reduction of approximately 9% on the product's L3 cache. This improvement allows Raven Ridge to react faster on cache-sensitive workloads, with these improvements being expected to carry on to AMD's upcoming Ryzen + CPU designs later this year. 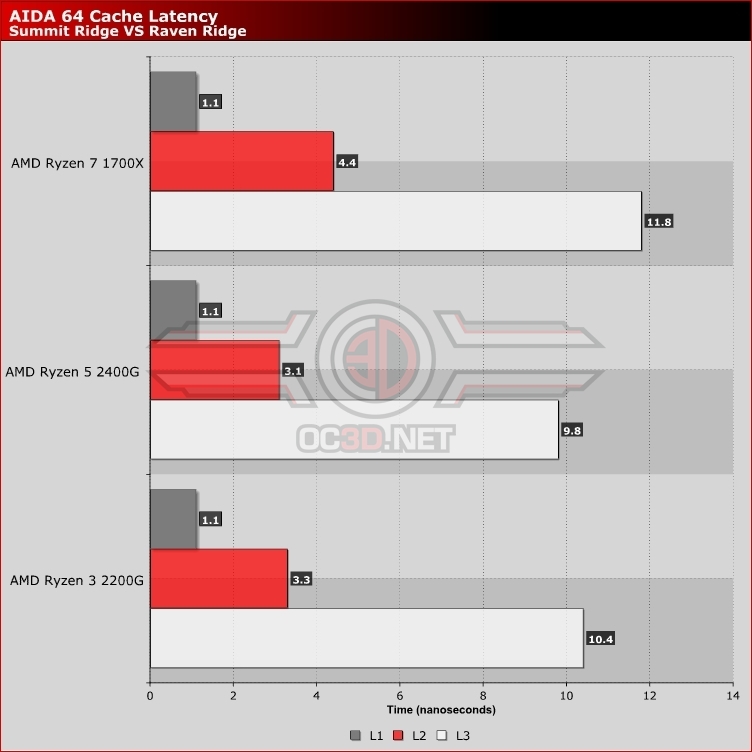 Frode B Nilsen
What is the test bench setup?

tinytomlogan
Video now in the reviewQuote

WYP
Quote:
The Video is now in the review.


Quote:
Test bench setup is on page 2 at the bottom.

HDMI 2.0 will be down to what your motherboard supports, as some AM4 motherboards only have HDMI 1.4 as far as I am aware.Quote

Frode B Nilsen
Quote:
Thanks. The test bench probably has a typo, that confused me on the MB:

That probably should be x370-PLUS, Z370-PLUS? Anyway, i missed it down there, so thanks for answering.

As for what motherboards supports, the specs are a mess:

What does that mean?

* Actual support may vary by CPU."

These specs can actually mean a lot of different things. Like being written for the Athlon CPUs available at MB launch or like for the K7, that they maybe but not clearly only support HDMI 1.4. It is clearly CPU dependent, and Athlons only support HDMI 1.4, so what is the story with the MSI board? The HDMI on the MSI is after all only available using an last gen Athlon?

No body seems to know, but a lot of people are opinionated. I would really appreciate it, if you could try it out.