Time Spy is another part of the 3D Mark suite but here in its Extreme guise it’s as taxing as you could wish for. We're also including the CPU Score here as it's a better representation of the processors abilities, particularly when overclocked.

It's another clear demonstration of the GPU limit situation here, as most of the combined scores are identical but the CPUs themselves are much more capable. Imagine a RTX 2080Ti being the limiting factor in your system, it's ridiculous. 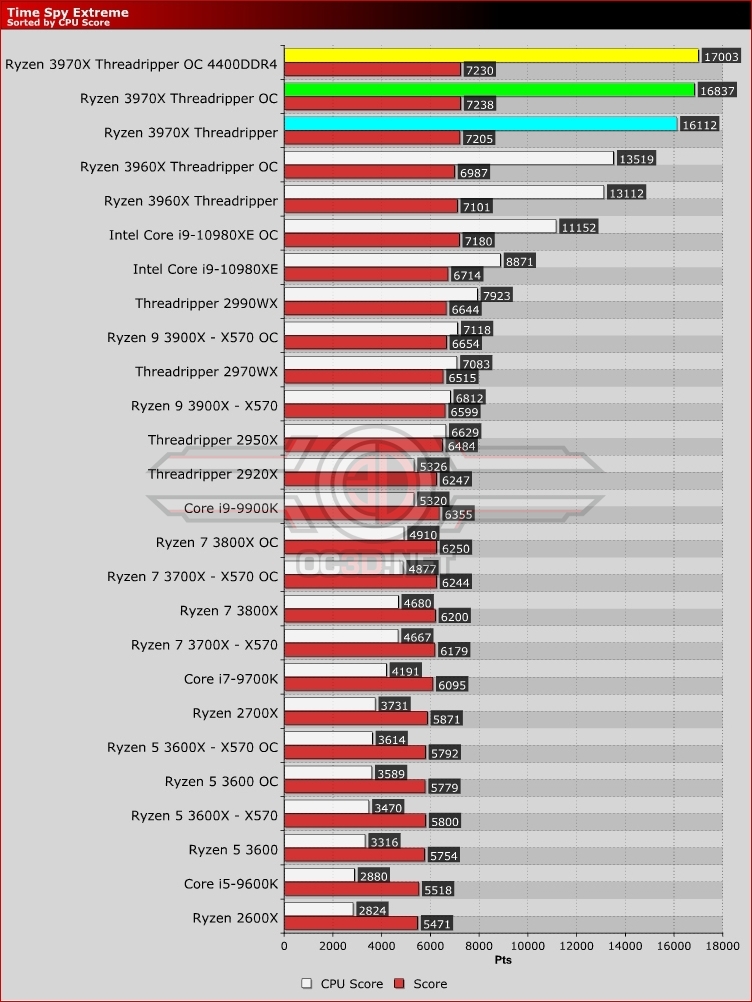