We would be lying if we suggested that reviewing ultimate, high-end, multi-thousand-pound processors wasn't fun. Anyone interested in anything at all enjoys playing with the expensive toys. It does, however, leave us feeling conflicted when it comes to thinking about what we could actually afford to run, and indeed our readers. 64 core processors are fine for jaw-dropping scores, but they're hardly what you're going to build your next system around to dominate League of Legends.

AMD have been stalwarts of the affordable processors since we can remember, and with their Ryzen range, they have kept up this cost-conscious mindset whilst radically revolutionising how they approached designing a CPU and what it's capabilities could be. The original Ryzen processors were good, but in the 2nd and particularly the 3rd generation they are transformative, eliminating any minor weaknesses in the AMD approach and challenging Intel's models in nearly every regard.

You barely have to cast your mind back at all to recall the price at which Intel's regular quad Core i7 processors used to retail, which makes the appearance of two quad-core CPUs, with hyperthreading, and good clock speeds, both coming in under £150, something of an eye-opener. Four cores and Four Gigahertz for around the price of four new PC games is impressive stuff from AMD. Of course, pitching at a price point only works if the products themselves are similarly attractive, so let's fire up the X570 test rig and find out.

Both the Ryzen 3 3100 and Ryzen 3 3300X have very similar specifications, with the 3300X having a faster boost clock speed and an increase in the regular speed too. All standard stuff. Otherwise, they both have 256KB of L1, 2MB of L2 and 16MB of L3 Cache married to a four-core, eight-thread die. The Ryzen 3 3300X also has everything on one block which should make a tiny difference by lowering latency across the die and lowering the amount of data repetition by using a single, combined cache.

What really stands out is that AMD has kept the PCI Express 4.0 support on these Ryzen 3 CPUs. PCI Express 4.0 on processors that are sub £150. If you rely heavily upon storage transfer rates then they could be the perfect foundation for an affordable, blisteringly fast, server or HTPC. 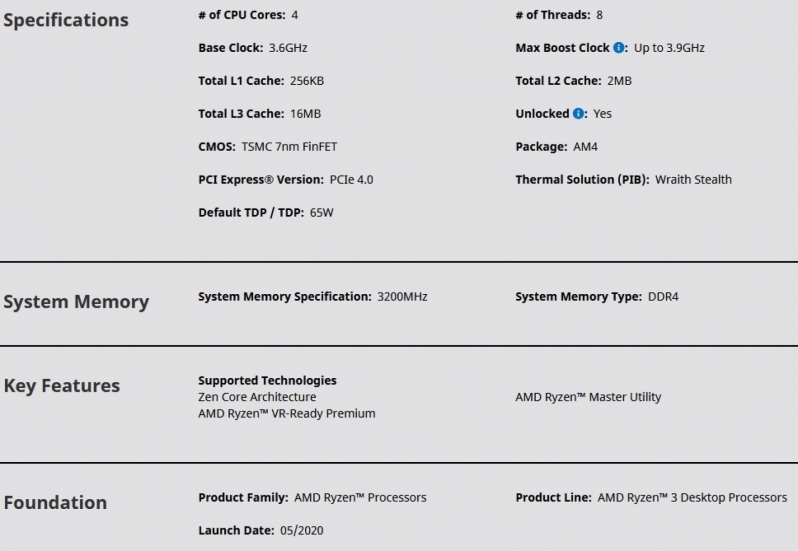 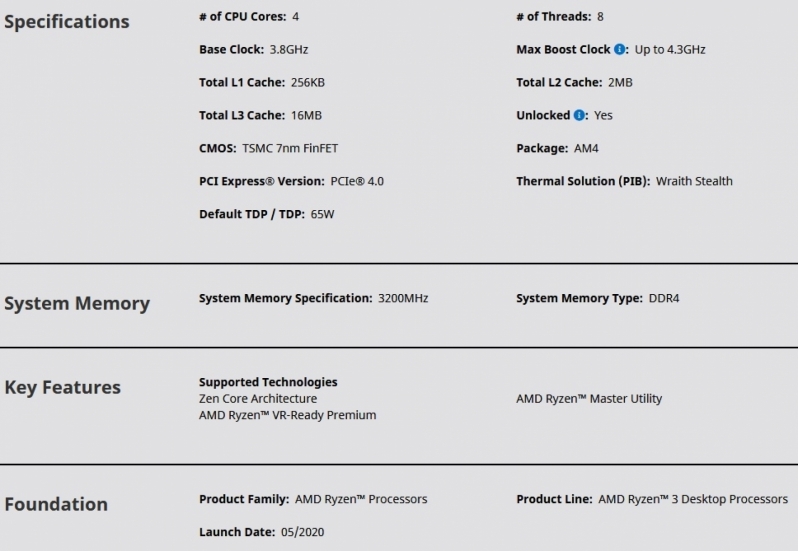 Dark NighT
Quote:
Intel must be feeling like old yeller right about now.Quote

Seems to be a metric ton of these on Ebay, and the same amount of idiots prepared to buy them.Quote

looz
Hard to see the point of these CPUs with the decent amount of 1st gen 6 and 8 core Ryzens in the 2nd hand market. Heck, my home server has a 1600X I paid 80 euros for almost a year ago.Quote

WYP
Quote:
A lot of people don't want to buy second-hand CPUs. On top of that, Zen 2 is a much better gaming architecture than Zen and Zen+, and the out of the box clocks will make this a better all-rounder than the Ryzen 5 1600Quote
Reply