Research and development costs are far and away the biggest drainer of a companies resources. It is an extremely expensive process which largely explains why a lot of manufacturers do their utmost to extract the maximum possible value from their investment. Whether it is car companies placing different bodies upon identical chassis, games developers selling extra skins and loot boxes, etc.

In the world of computing hardware it's very common to see revolutions followed by evolutions. Graphics card manufacturers produce new cards and then slightly faster and more efficient versions of those same GPUs. Motherboard manufacturers add extra features and flair to produce an entire price range worth for minimal investment after the initial design phase. Even in the world of processors there is a trend towards production of a brand new CPU and then one or two versions that refine that initial design to make it more thermally efficient, require lower power, overclock better, or just cost less.

AMD spent an awful lot of money on their Zen architecture. Given their time spent in the wilderness it was money that absolutely had to be ploughed in otherwise there was a real danger of us being left with a single processor type on the market. However, to the delight of everyone the Ryzen CPUs proved to be genuine contenders in the processor world, combining big performance with high core counts to provide hefty calculative capability without compromising the all important gaming audience. We're sure even Intel were happy as strong competition sharpens everyone.

With such a great baseline to work from it is no surprise that AMD have returned to their design and refined it to bring us the 2nd Generation of Ryzen CPUs along with a new chipset on which to run them.

As is always the case with AMD they want to ensure that your motherboard purchase lasts the longest, so rather than forcing you to buy a new motherboard with every new processor you can usually make use of your current setup to incrementally upgrade. To this end the X370 chipset supports the 2nd Generation of Ryzen Processors. Of course it's always good to update your whole system if you can to make the most of the new elements and the ever changing technology world which is why we'll be testing on the X470 chipset, but it's nice to know that early adopters of the Zen architecture are rewarded for their faith. 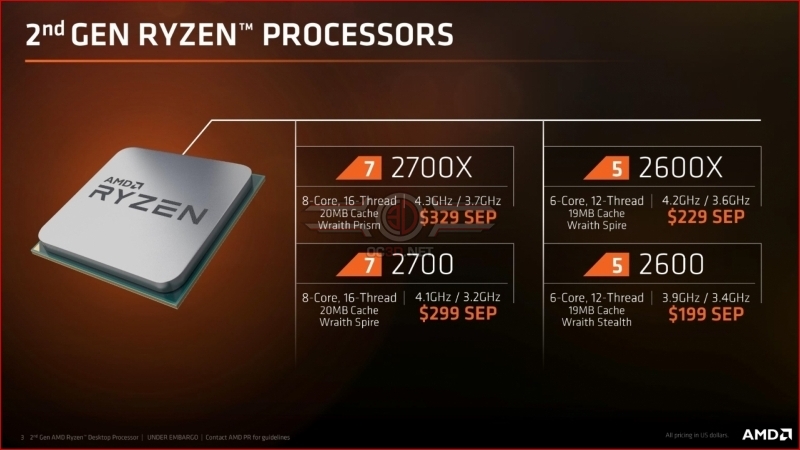 The Ryzen 7 2700X has 8/16 core/thread count, with a boost clock up to 4.3 GHz and 16MB of L3 cache for its 105W TDP. The Ryzen 5 2600X on the other hand is 6/12 at 4.2 GHz with 16MB of cache at only a 95W TDP. Both chips have a transistor count that buts up against the 5 billion mark. They are also both on the 12nm process and have been refined to produce huge reductions in cache latency when compared to the first generation of Ryzen processors. If you want numbers the L1 cache is 13% more responsive, L2 34% and L3 16% lower latency. Additionally the DRAM timings, a minor weak spot in the Zen armoury, have been reduced by 11% which should hopefully bring benefits across the board.

It isn't just the latency that has improved with the move to the 12nm process either. All the 2nd Generation Ryzen CPUs have reduced voltage requirements which lets the AMD Precision Boost (now at version 2) tweak the clockspeed further than was possible on the original Ryzen, meaning faster clockspeeds for all. 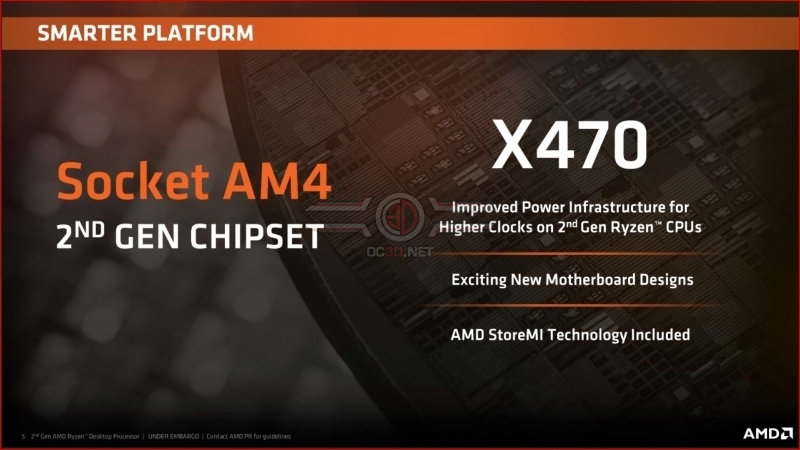 On the subject of keeping your adoption costs low, AMD are also providing an RGB heatsink with the Ryzen 7 2700X and a decent cooler with the Ryzen 5 2600X. We will be investigating their performance today too but on the off-chance that you've already dismissed them we can assure you that they keep the two processors we're reviewing today well within thermal limits. Yes there are benefits to 3rd party cooling, but it's a nice to find a stock CPU cooler that doesn't equate to "leave it in the box and never touch it". We've got drawers full of useless stock coolers barely capable of keeping a fridge cool much less a CPU. 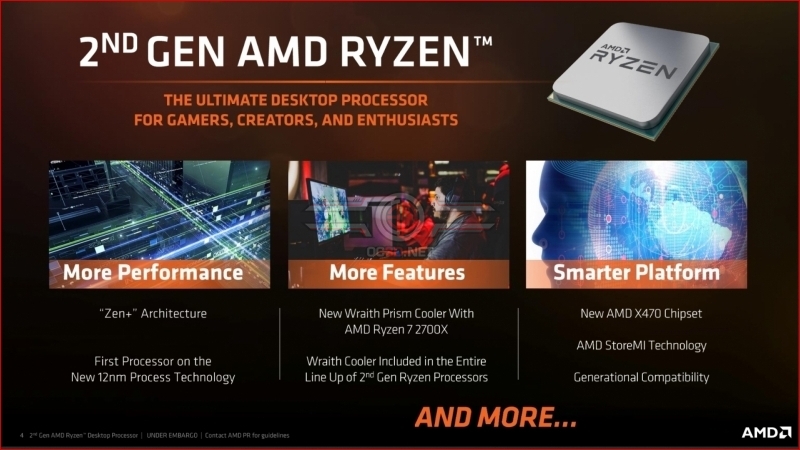 The other major feature AMD are lauding is one that we find slightly harder to understand. The 400 chipset includes AMDs StoreMI technology, which utilises an empty SSD to speed up your mechanical hard drive. This is by no means a new idea as it's something which has been available for years, and we can't imagine anyone who can't afford to upgrade their HDD to a SSD can find the money to buy a SSD they must keep blank just to take advantage of some write caching. Okay you don't need to reinstall Windows to take advantage of it, but with the price of SSDs being so low it just isn't something that we feel will get a lot of use. Certainly not enough to take its place as one of the four most important features as highlighted by AMD. 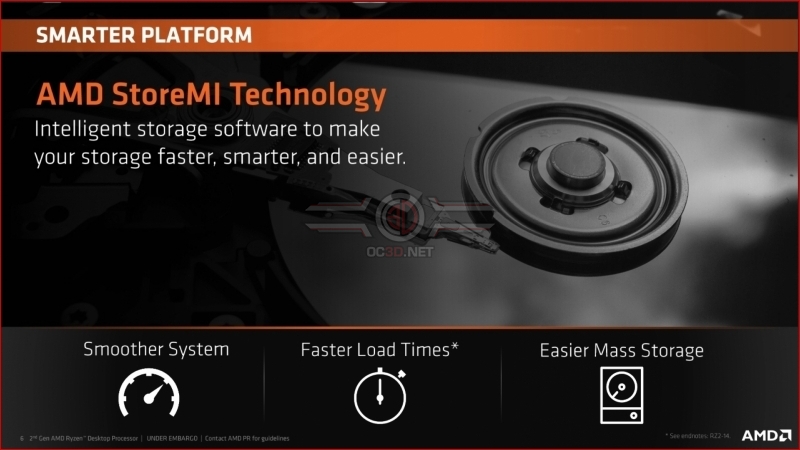 AlienALX
AMD handing out the slaps.

Very pleased with the reviews of this. Same price for more, always a winner in my book

bfwhsm
Now, do the tests again with meltdown/spectre applied on intel cpus, as you should.
And you will see a VERY different story, with 2700k destroying 8700k in almost every measure).

(check out anandtech's review to get an idea)Quote

Dicehunter
Just waiting on your x370 vs x470 comparison video or write up, If there really is no difference when doing a manual overclock I shall get the 2700X as that review was ace !Quote

AngryGoldfish
Quote:
I'm with you on this. I'm really curious to see whether X470 offers any performance benefits over X370.

Excellent review, Tom. These CPUs look fantastic. Some reviewers have hit 4.4Ghz, which is the golden number. Silicon Lottery might be selling 4.4Ghz 2700Xs to quite a few OCN members.Quote