We're using the ASUS Crosshair VIII Formula for our testing today. If you're a keen scholar of the OC3D graphs you'll also note we've finally managed to get hold of a Ryzen 9 3950X, and have tested that too to make sure our graphs have the widest selection of useful results. Naturally there are CPUs below the threshold of performance expected from the XT CPUs, as well as some above - the Threadripper for example - but we're focussing mainly upon how the XT compare to their non-XT counterparts, with some similar Intel CPUs thrown in.

As we're testing all three CPUs together our graph highlighting has changed from it's usual blue for stock and green for overclocked. Today we're showing the Ryzen 5 3600XT in blue, Ryzen 7 3800XT in green and the Ryzen 9 3900XT in yellow. As you'll see through our tests the results pretty much match up to the core count and clock speed, so they're very much in the order you expect from stock 3600XT up to overclocked 3900XT. Keey an eye out for the 3950X too.

One of the headline improvements is to the boost clock and overclocking potential of the XT chips when compared to their predecessors. On the Crosshair VIII we didn't have any problems pushing them hard, getting 4.7 GHz on all of them across all cores, albeit not in a manner stable enough to run our full range of benchmark tests. Rather than just show off some big number CPUz here are the three clock speeds we ended up using throughout our testing. Still faster than the regular Ryzen 3rd Gen CPUs, and the Ryzen 5 3600XT in particular has made the most of the refinements. 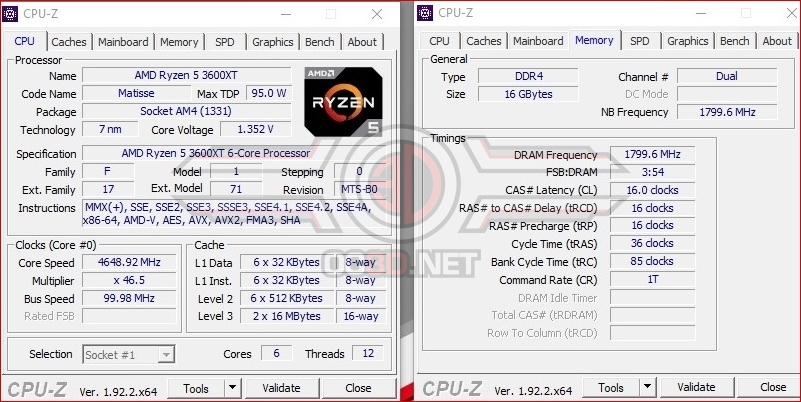 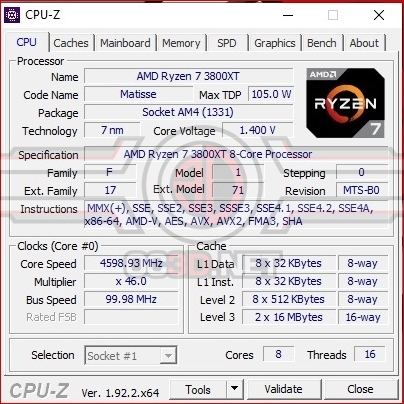 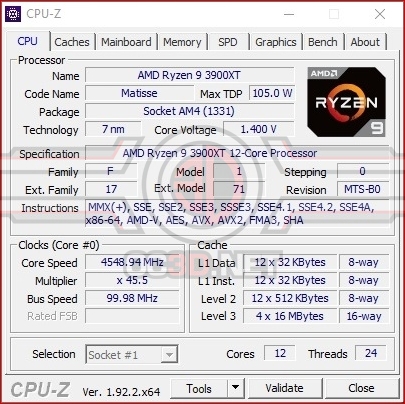 For those of you who prefer a one stop visual representation of the improvements of the XT processors when compared to their X brethren, here you go. 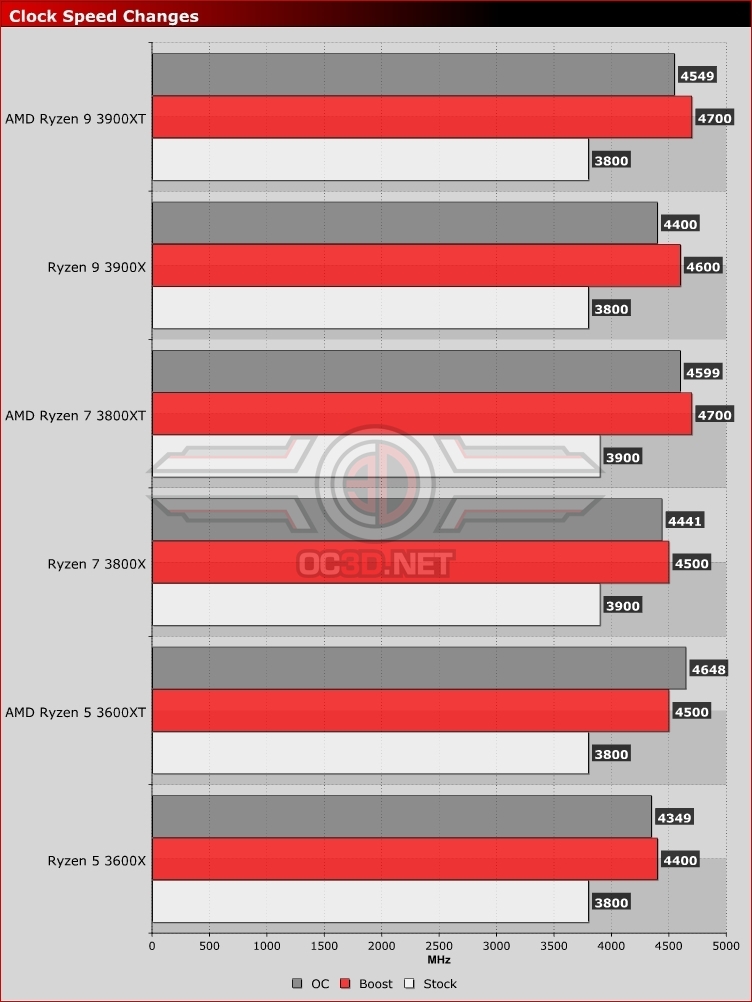 Avet
I would love those TTL edition Noctua fans that run on 3000 MHz.