It's not just us who are pleased with the current situation in the AMD camp. Naturally as it's their product they are going to be shouting from the rooftops, but one thing that AMD have very much taken is the humble approach to their range. No ludicrous claims or cherry picked results that only show their hardware in a good light. They are up front about the areas they have to improve, and how they fair against what they call "the other guy" but for the rest of us is Intel. With this in mind the loud shouting their are doing with regards to the Zen 2 speaks of their confidence in the product. 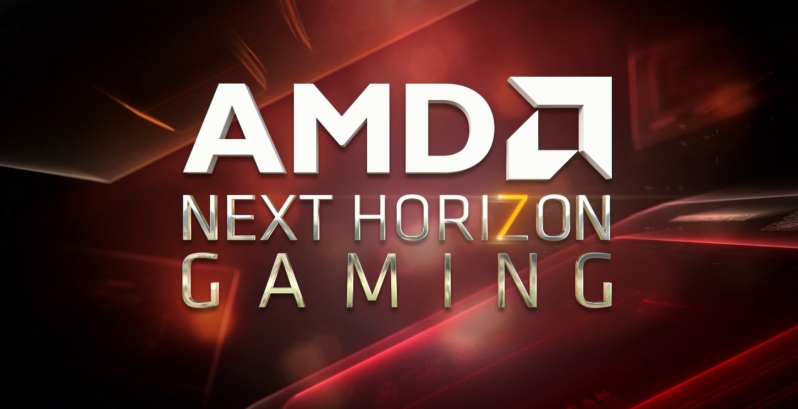 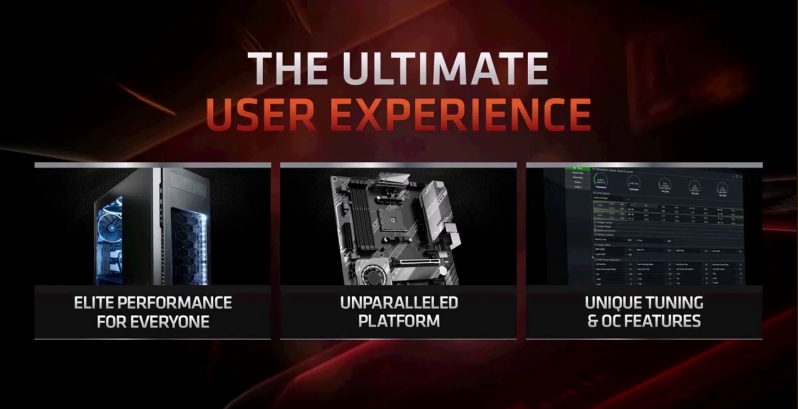 We've already seen the pricing on the previous page, but it bears repeating. The i9-9900K is a 8/16 processor whilst for the same money the Ryzen 9 3900X is a 12/24. There is a slight typo on the slide below where the bottom option should be a Ryzen 5 3600 without the X, but otherwise it gives you a clear indication of where the AMD pricing places each processor when compared to the rival Intel model in the same bracket. 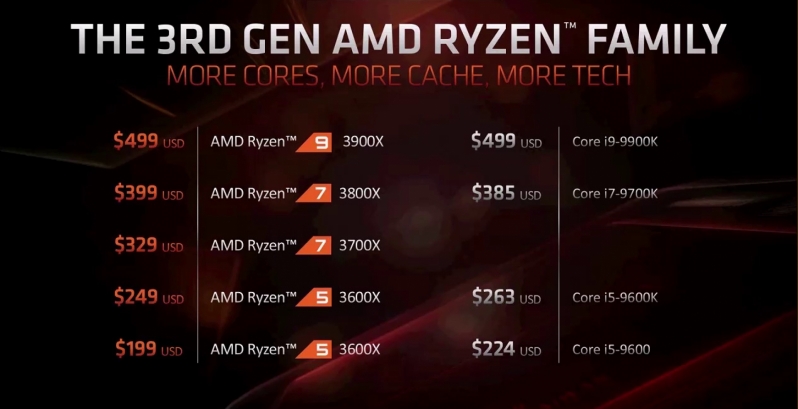 One area where the AMD sense of transparency shines is in their description of the split of the PCI Express lanes capabilities. Anyone who has attempted to run umpteen drives and a fast GPU will understand that something somewhere has to give, but until now it's not usually be writ as large and obviously as it is here. The abilities of the PCI Express 4.0 functionality on both the X570 chipset and the Ryzen CPUs themselves is clearly delineated whilst there is also an obvious list of choices and thus compromises on your selection of hardware. With most of us running a single GPU and single NVMe drive as well as some SATA drives the limitations shouldn't apply, but those of you with more ambitious setups are now aware of how you can extract the maximum performance. 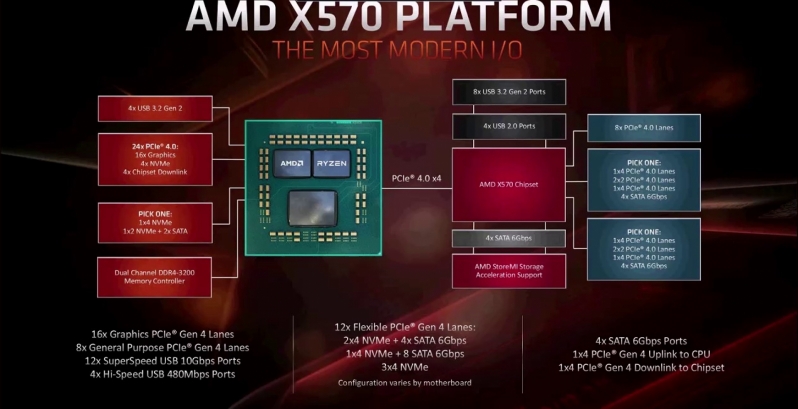 One of the biggest changes with the Zen 2 architecture is the doubling of the L3 cache, and the way that the operating system can assign tasks to each processing cluster near to the cache to ensure the lowest latency. Improving the DDR4 speeds only goes so far, as you can see from the white bar in the graph below, whilst improving the L3 cache has a more significant performance benefit. The 3rd Gen Ryzen has both faster memory and higher L3 cache sizes, so clearly we should see a big step up in performance from this alone. 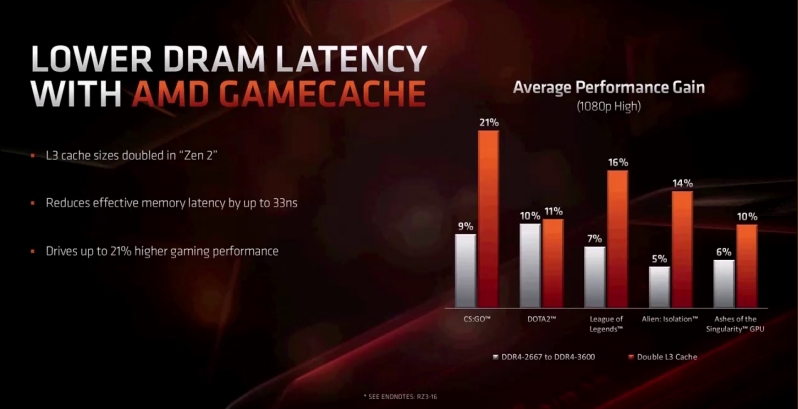