More Slides than a Waterpark

Whenever a new product is launched, particularly chipsets and CPUs, our drives fill up with slides such as the following. We're certain that there are many people who punch the air at the news that there is now finer grained switching of Op-cache pipes, but we're not in that category. We care about end user performance and experience. Nobody is all that fascinated by the fuel injection system on their car, they just want it to go when they hit the gas, and thankfully we already know that these two new Ryzen 9 CPUs are absolute monsters so you can stay and peruse these all you like, we'll move on to looking at them in the flesh, but not until we've explained the motherboard compatibility. So read on a little bit. 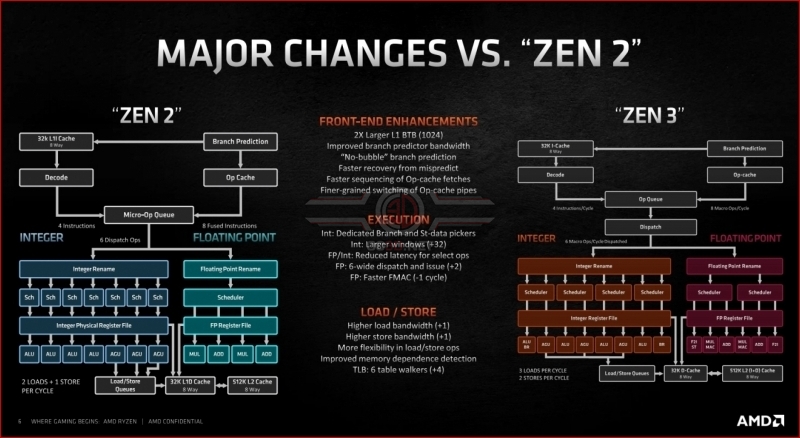 We know that under the hood stuff isn't of much interest unless you're a CPU designer but we think this particular image is a clear indication of the new direction the 5000 series Ryzen CPUs has taken. No split cores here. One beefy one please waiter. 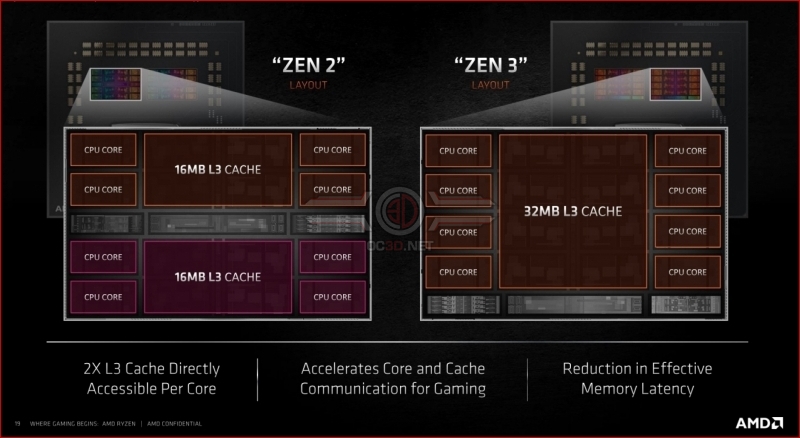 This change from many linked smaller cores to a single beast has been carefully designed so as to ensure maximum compatibility with the current AM4 socket. AMD deserve all the credit we can give for doing their best to give you an upgrade path from your current system to a new one without always having to factor in a new motherboard. Our office is full of Intel motherboards which barely differ from each other in real terms. With AMD, just update the BIOS, plug in a new CPU, and get to it. 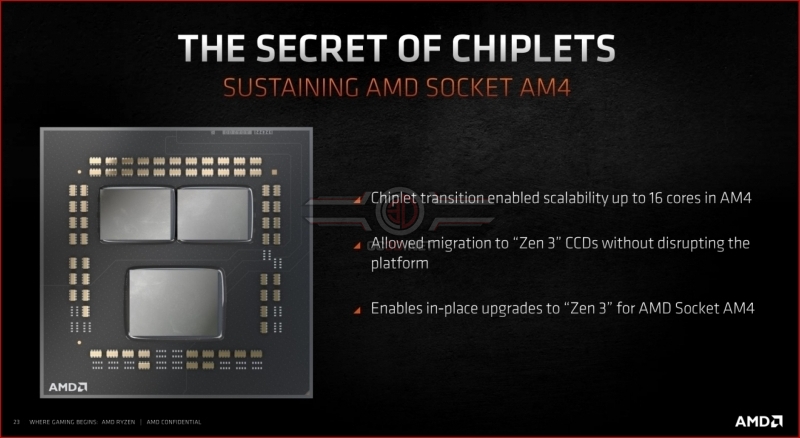 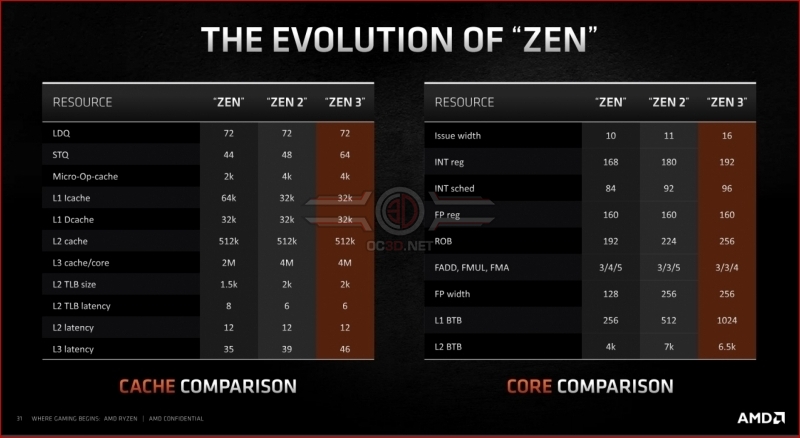 Cooling and voltages are so intertwined it's difficult to think of one without thinking of the other. Thermodynamics being what they are, the more voltage you have the higher your clock speeds the more heat is generated. Heat is work and work is heat. Even AMD understand this and are realistic with their temperature expectations which are, as we discovered, right on the money. In short, if you've got a single 120mm tower cooler then upgrade your cooling before investing in this pair of CPUs, unless you live outdoors. In the Arctic Circle. 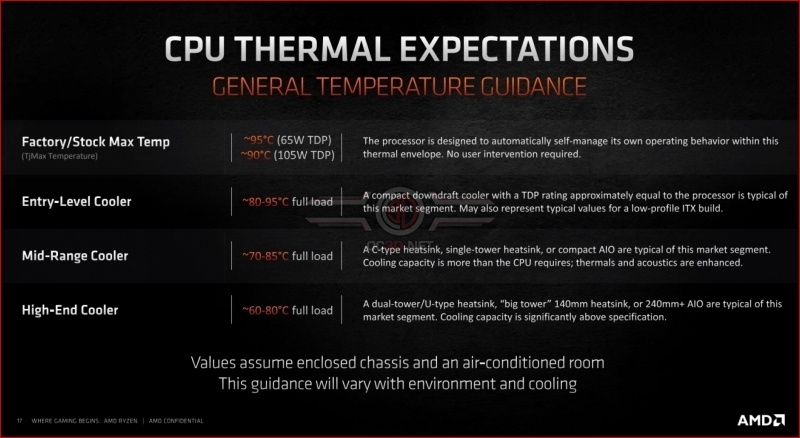 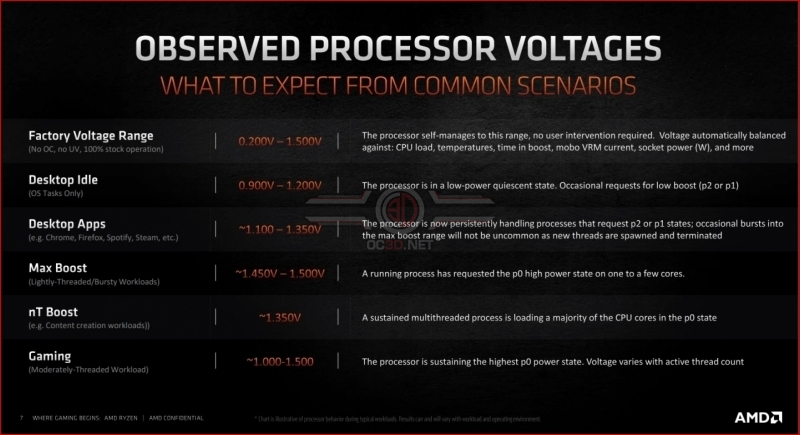 There is a lot under the hood that affects the overclocking potential of the Ryzen CPUs and their Fabric Clock, as we'll soon see. The Precision Boost is very much the best solution for overclocking unless you've got a serious cooling solution. After all, when you've got 12 or even 16 cores to cool it's much easier to disperse the heat from cores only boosting as needed instead of running flat out at 4.7 GHz all the time, needed or not. 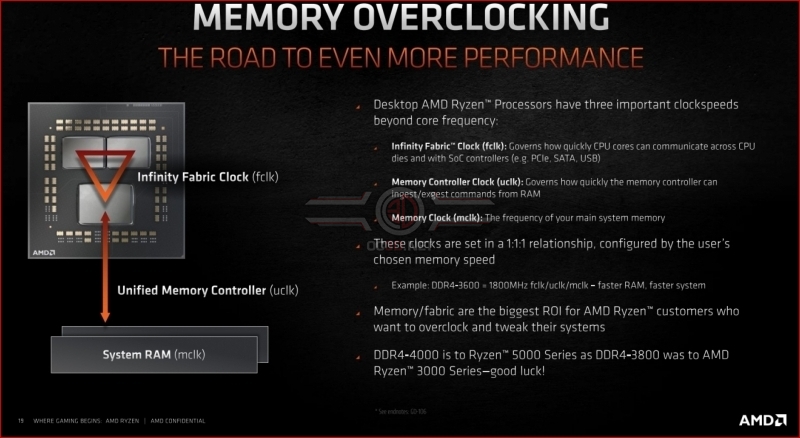 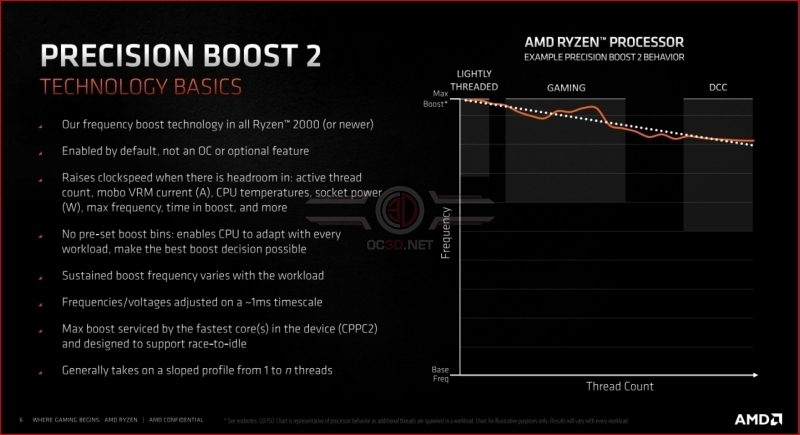 Naturally if you have an AM4 motherboard you'll be interested in knowing how quickly you can squeeze one of these two behemoths into your system, and the good news is actually better than it first appeared when the upgrade path was mooted. Instead of everyone having to wait until January only those on a X470 motherboard should have to wait that long at worst, while everyone else can enjoy them today. Assuming your courier got there in time. 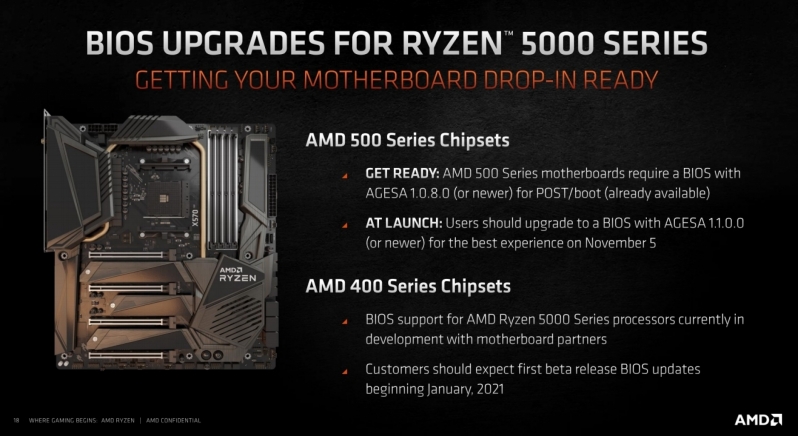