Every Total War player should know how CPU-limited the series can be. Within the game, players will be smashing cavalry into the rear lines of infantry and have hundreds, if not thousands, of units duking it out on the battlefield. While Total War can be heavy on graphics cards, it can be even heavier on processors.

With the Ryzen 5000 series, AMD is now delivering the same performance levels as Intel within the game's Battle and (super demanding) Skaven benchmarks. These benchmarks were conducted at 1080p Ultra settings. It is also worth noting that Total War: Warhammer II is an Intel branded PC game, a fact which should make AMD's gains here all the more significant. 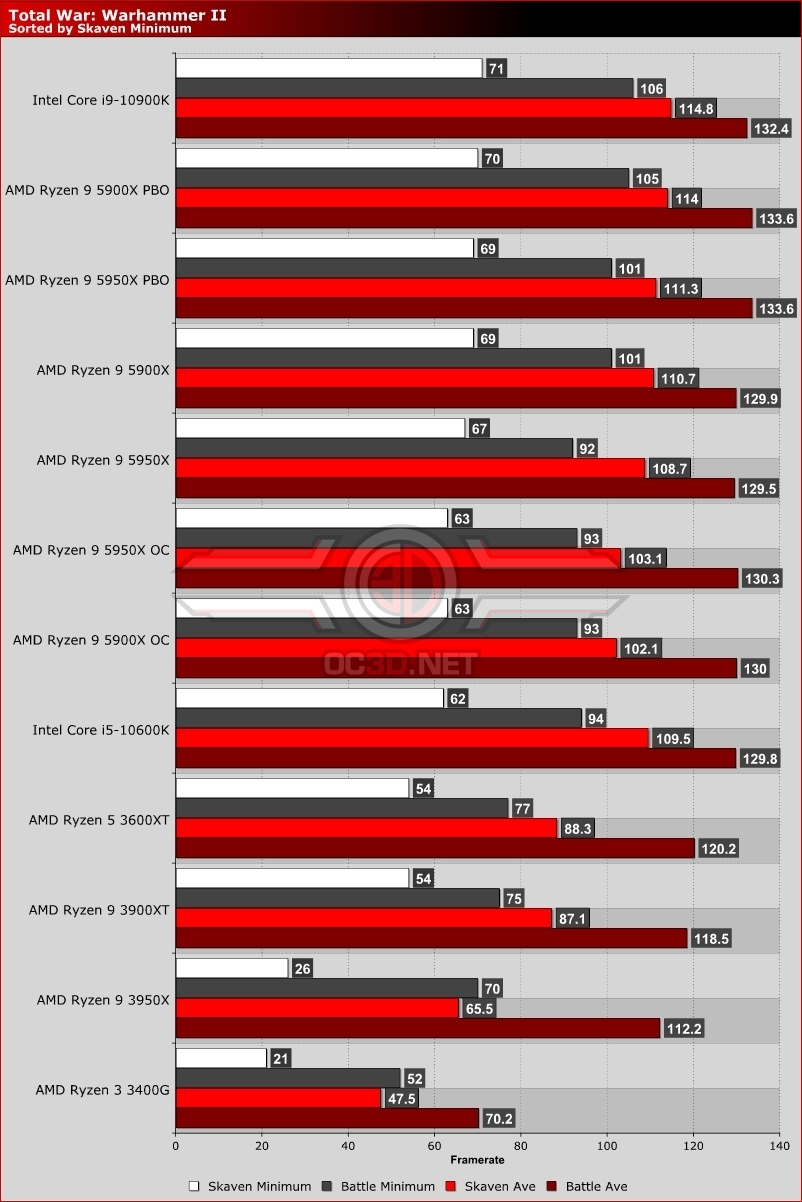