Wolfenstein: The New Colossus (TNC) sits as one of the pinnacles of PC gaming on the technological front, releasing as a Vulkan-only game with support for a lot of cutting-edge technologies.

As a Vulkan-only title, Wolfenstein is unshackled by older APIs, allowing it to take full advantage of the features it offers. On top of that lies support for AMD Rapid Packed Math, allowing AMD's Vega series GPUs to accelerate the game using FP16 math for specific in-game effects.

Those of you who read our Performance Review of Wolfenstein: TNC will no that this game runs very well on modern hardware, though for our APU testing we needed to bring the game down to its low preset. The game still looks pretty good at these settings, but far from the game's peak visual splendour. 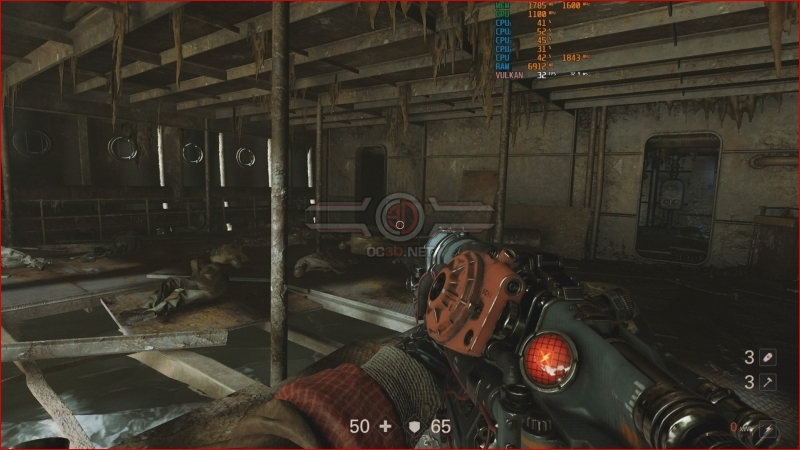 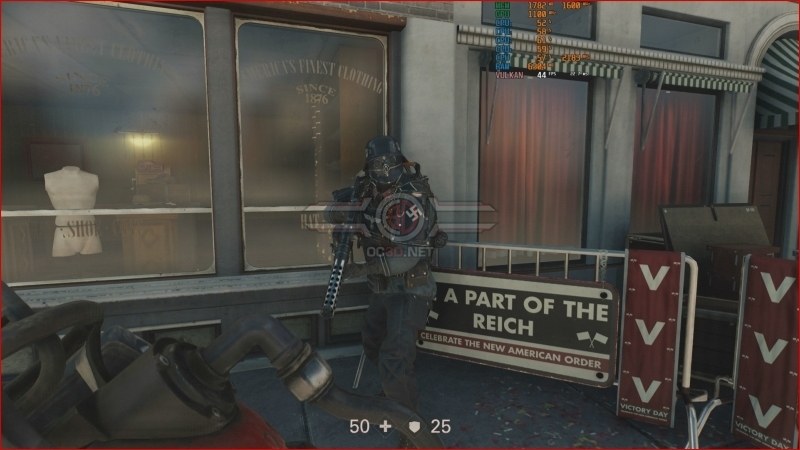 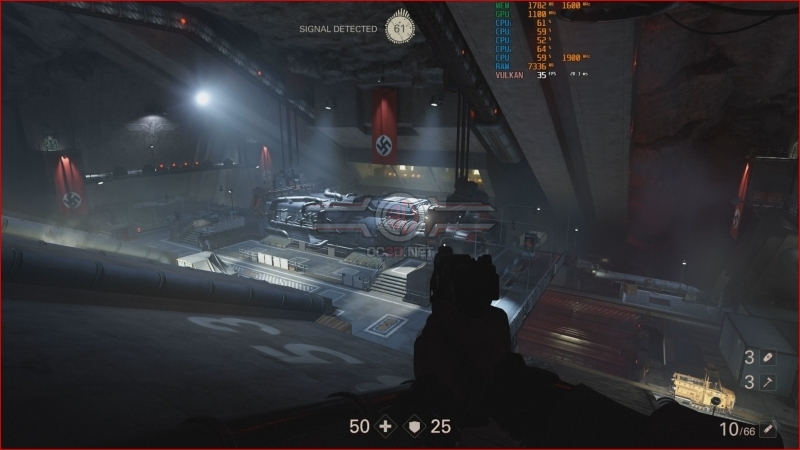 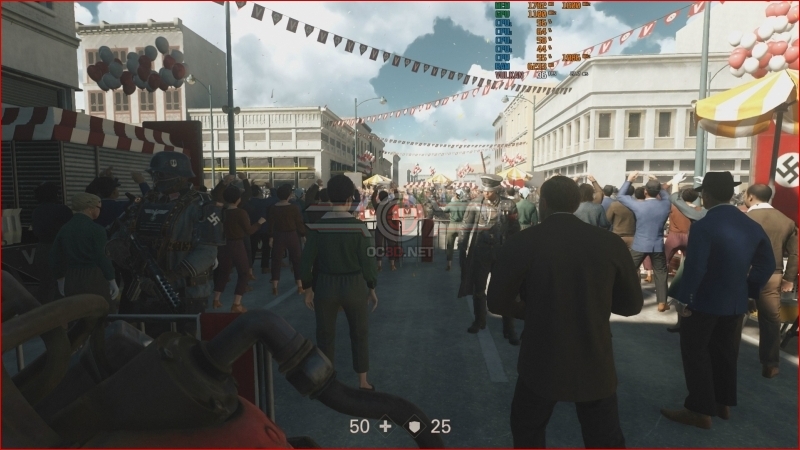 In our testing, we used the game's expansive New York level, the place where we found the game to experience some extremely low framerates, at least when compared to some of the game's smaller indoor or underground maps.

Wolfenstein II is where we see the Ryzen 5 2400G take the strongest lead over its Ryzen 3 counterpart, showing us that the game is almost entirely GPU compute limited, allowing the 2400G to make use of all of its extra cores and its clock speed advantage. In other games, the gap between these APUs is relatively minor, but here we can see what the extra three CPU compute units on the 2400G can do.

Machine Games designed Wolfenstein II to run at around 60FPS, failing to maintain a perfect 60FPS lock on any console platform. These results show Wolfenstein running in one of the most demanding areas in the early game, which means that in other areas we are unlikely to see such low minimum framerates.

With Wolfenstein II we can have a great experience at 720p on both APUs, especially if combined with an affordable 40-75Hz FreeSync display. Here is another result where we are curious how much further we can push things if we overclock these two units. 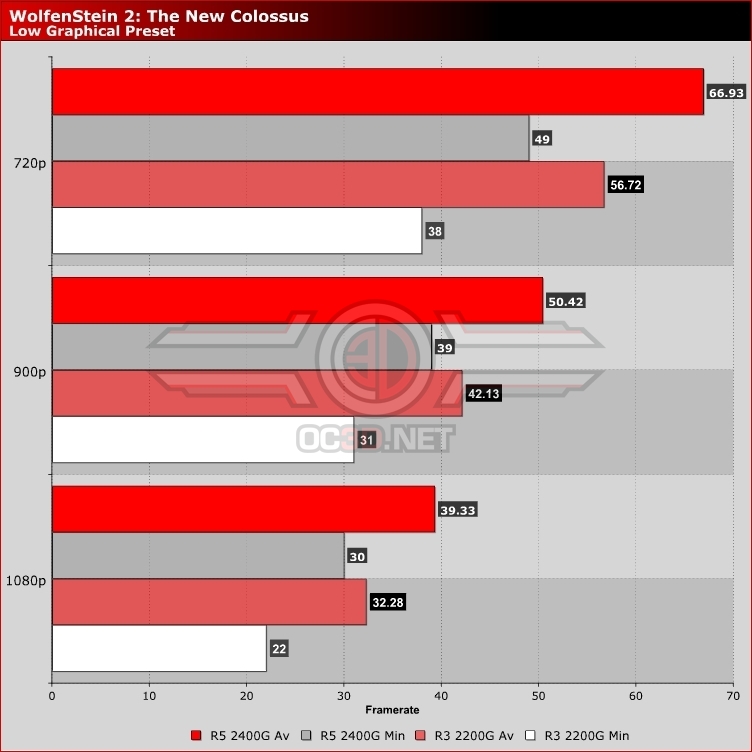