Grand Theft Auto V is one of the highlights of this console generation, with frequent updates and an incredibly active online community. The city of Los Santos remains a popular destination for both console and PC gamers alike.

The Xbox One version of this game is designed to run GTA V at 1080p 30FPS, though with this test we wanted to see if we could aim a little higher, perhaps something that can sit within the 40-75Hz range of some of today's cheaper FreeSync displays.

What we wanted to do was increase shadow quality enough so that we wouldn't see many jaggy edges, push distance scaling to the max and offer Very High texture detail with mostly normal of above settings. Below you can see the visual results of the settings we used; as recorded on our Ryzen 3 2200G. 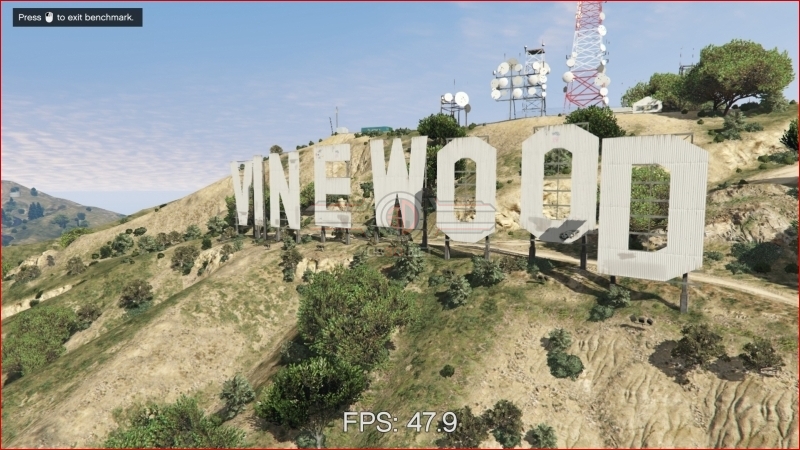 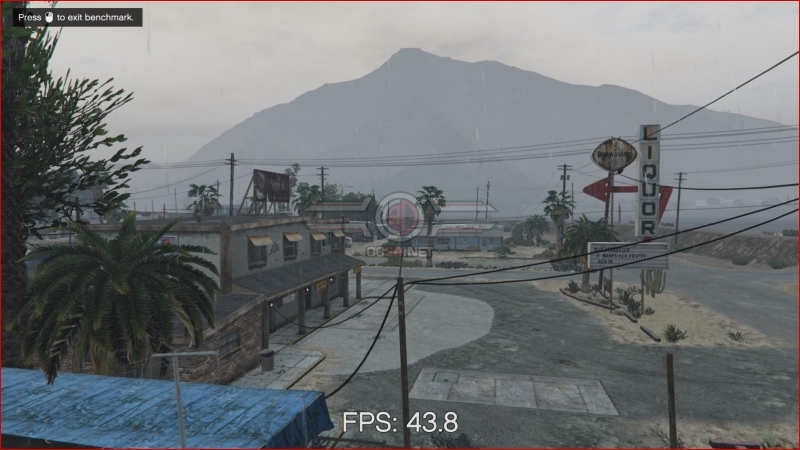 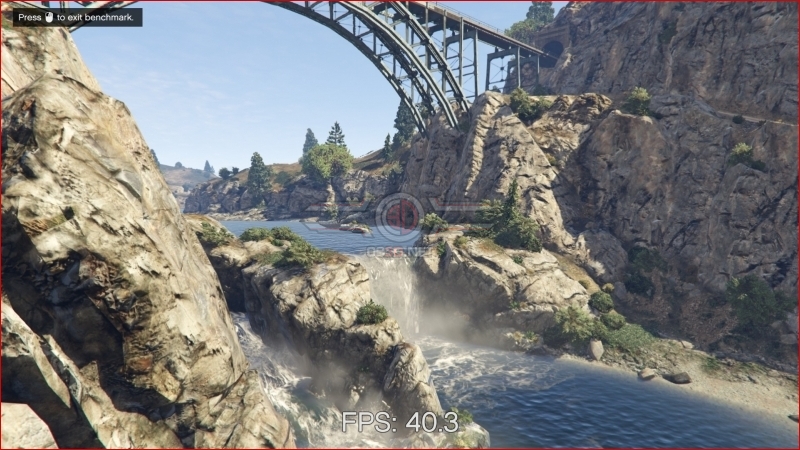 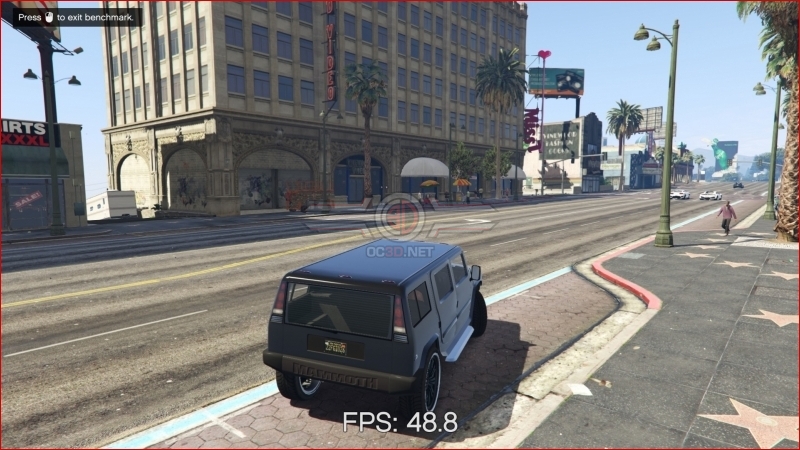 Looking at the results below you can see that we could have pushed the game's graphics a lot further while retaining a steady 30FPS like the game's console counterpart, though we thought that PC gamers would prefer a higher framerate, especially if this game is being played on a budget FreeSync display.

Using these settings we played GTA V for an evening without any issues, with a relatively smooth playable experience at 1080p, though not a steady 60+ FPS. Moving down to 900p solved this for the most part, though it would be fascinating to see how this title would respond to an overclock on our APU, especially on the GPU side. 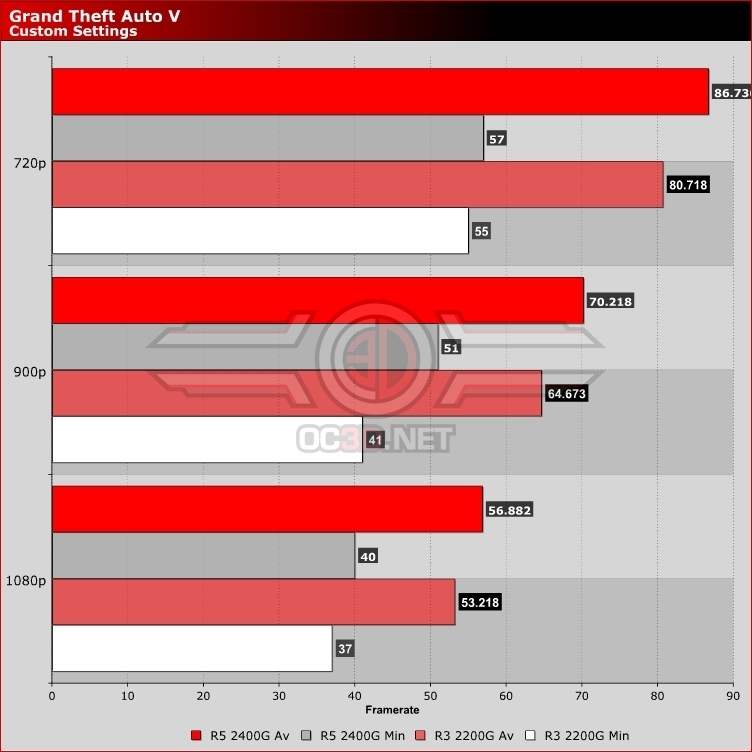 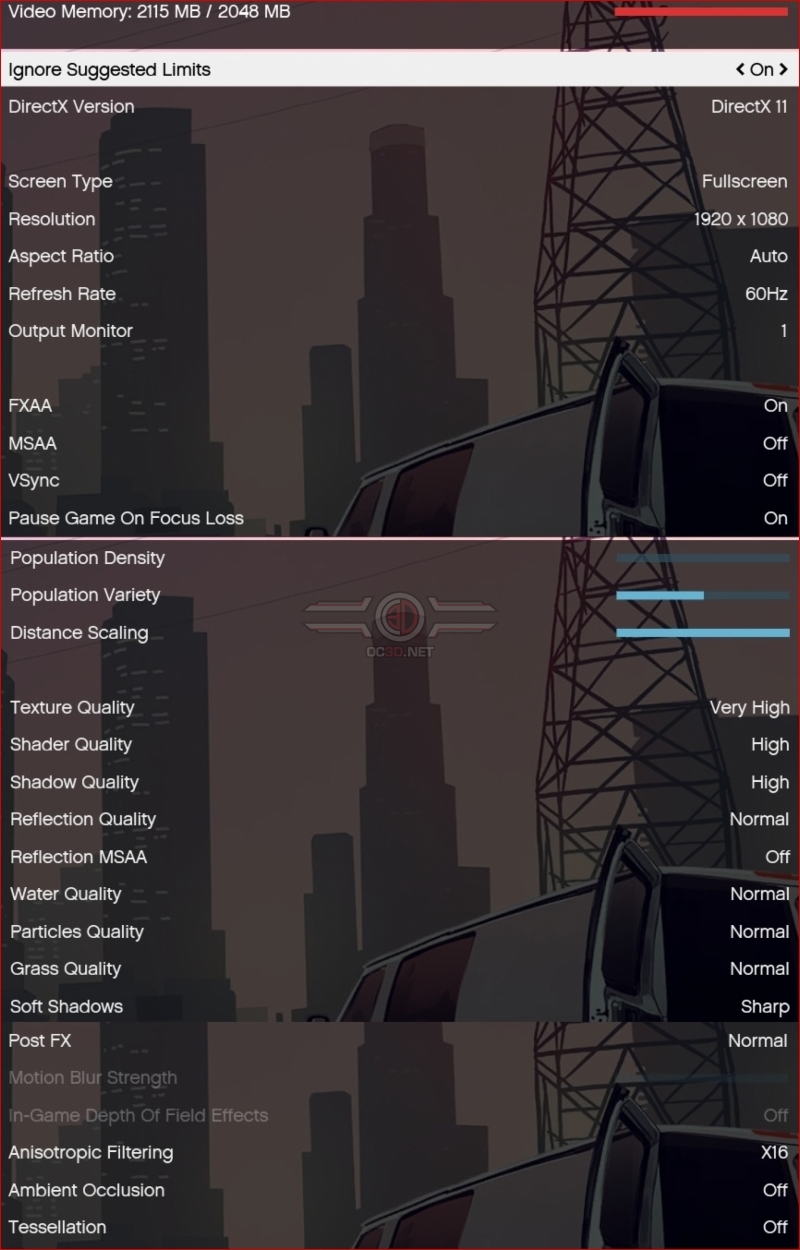