Kingdom Come: Deliverance - Can this CryEngine Monster run well on an APU?

Kingdom Come: Deliverance - Can this CryEngine Monster run well on an APU?

Kingdom Come: Deliverance is a demanding title on all platforms, aiming for a remarkable low 720p 30FPS framerate target on Xbox One while only achieving a 1080p 30 FPS framerate on a PS4 Pro. This game can be challenging to run, making it an ideal test case for our APU.

For users of 1080p screens, Kingdom Come: Deliverance offers settings which allow users to play with a 1080p pixel count with upscales 720p and 900p resolutions, providing a 1080p HUD with a lower graphical resolution to enhance performance. Below is the level of visuals that we were able to achieve in the game. 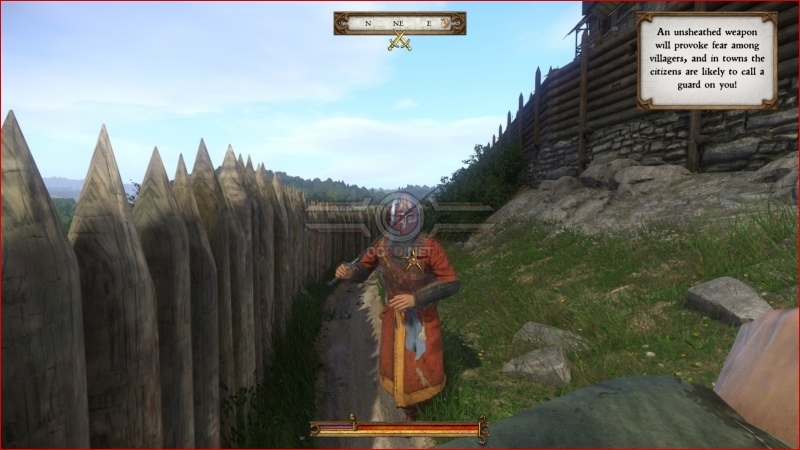 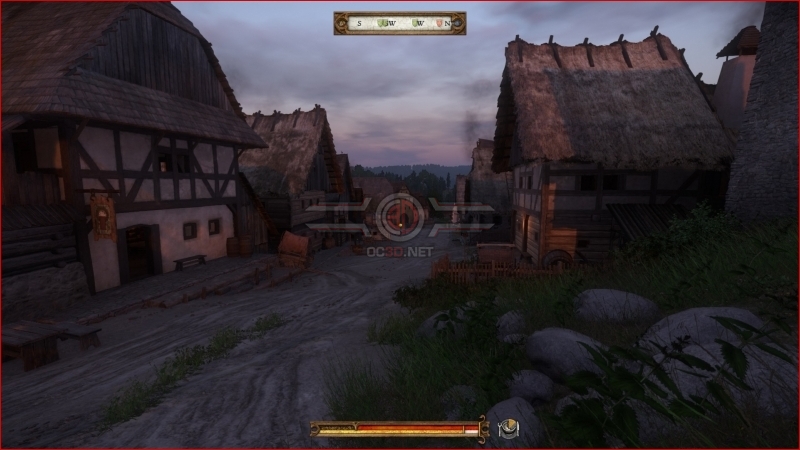 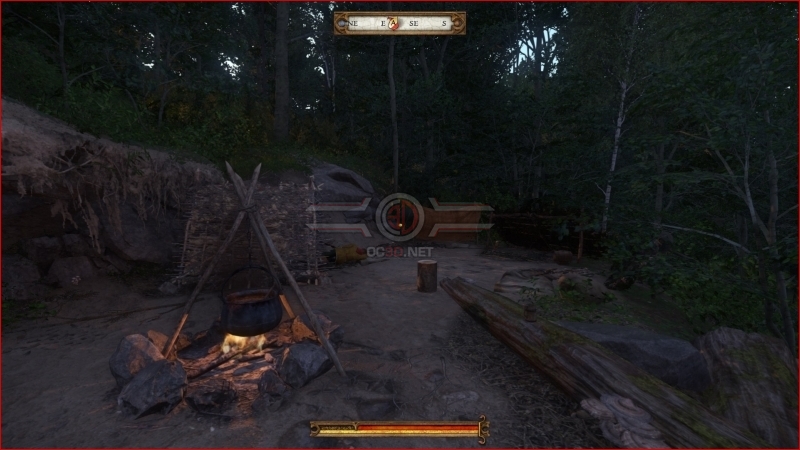 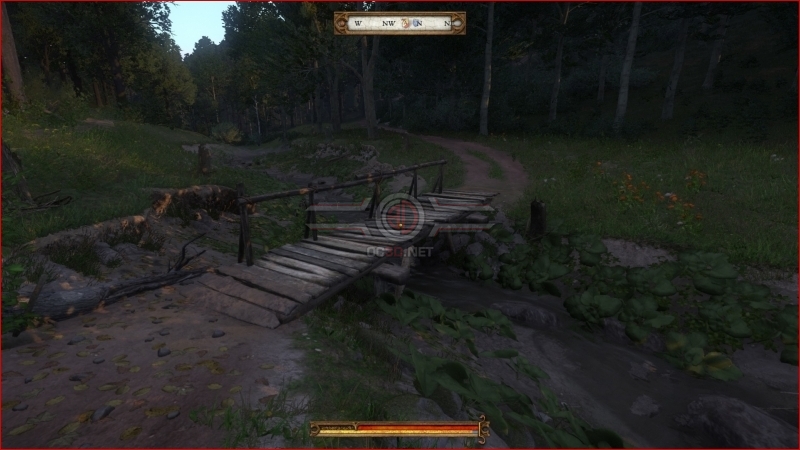 With the game running at 720p on Xbox One we didn't expect much from this APU, though we were surprised to find our test area almost sitting at 30+ in our testing area. We needed to move down to 720p to get a constant 30+, but this is not a bad result here.

Again we adjusted out settings to use around 8GB of RAM across the CPU and GPU, fitting nicely into a lower-cost memory kit, while also being able to use the game's High Texture settings.

What we used here is a selection of high, medium and low settings, though we could lower the settings further to get a stable 30FPS at 900p on both APUs, though the same could be achievable with a GPU overclock. 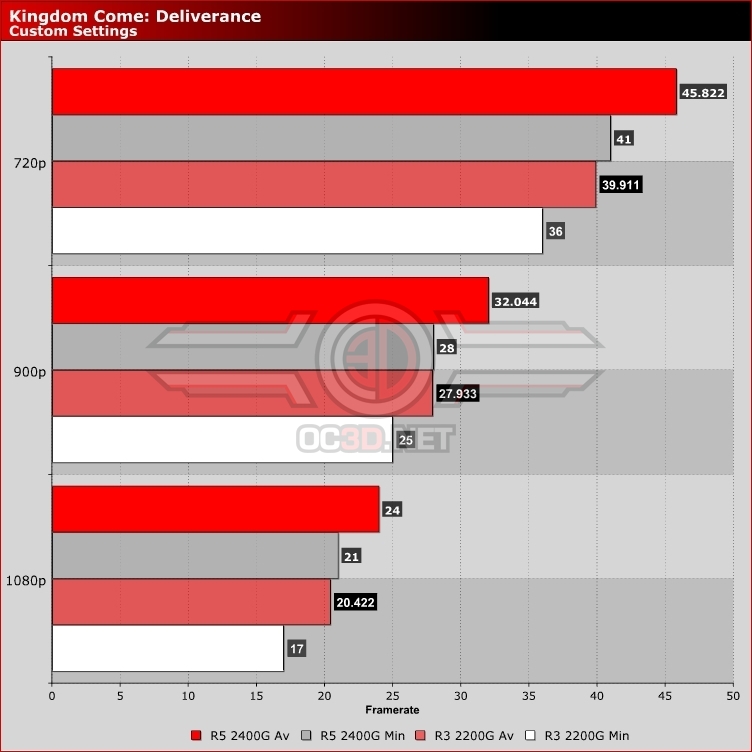 Below are the custom settings that we used for Kingdom Come: Deliverance, offering some fairly good visuals while offering a better framerate than an Xbox One can muster. We recommend keeping SMAA on, as it smooths out a lot of the jaggies, even at lower resolutions like 720p. 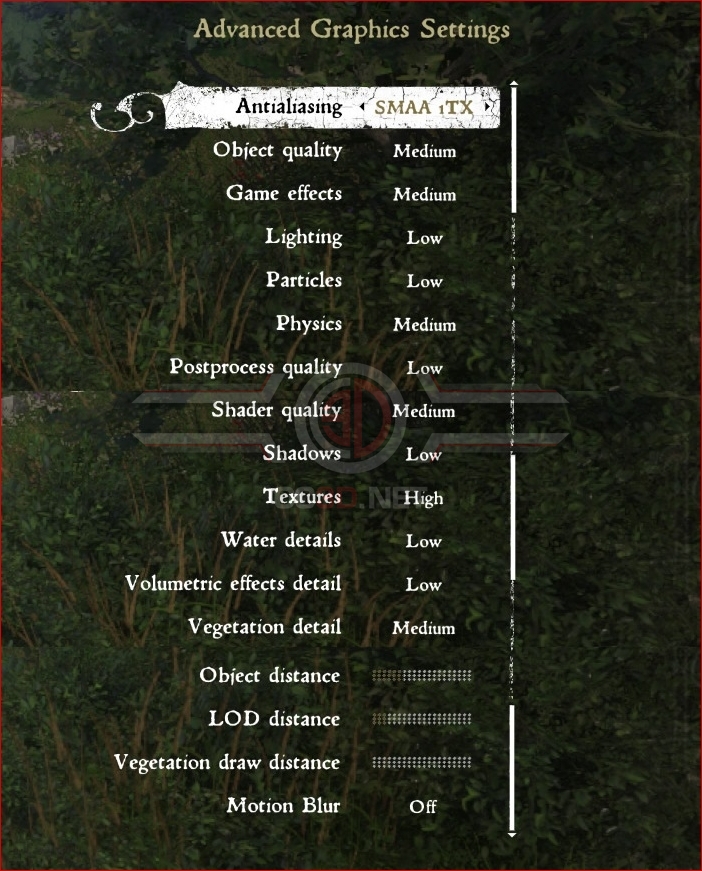