Middle Earth: Shadow of War can be a joy to play on PC, offering excellent optimisation on both AMD and Nvidia hardware on PC (Performance Review here). Scaling down to an APU requires sacrifices, such as the move to the game's console framerate target of 30FPS. While this is sub-optimal for some PC gamers, it delivers an excellent experience for these budget APU offerings, provided you set up the game right.

Below are a few examples of what the game looks like at 1080p Medium settings, with these screenshots coming from our Ryzen 5 2400G APU. 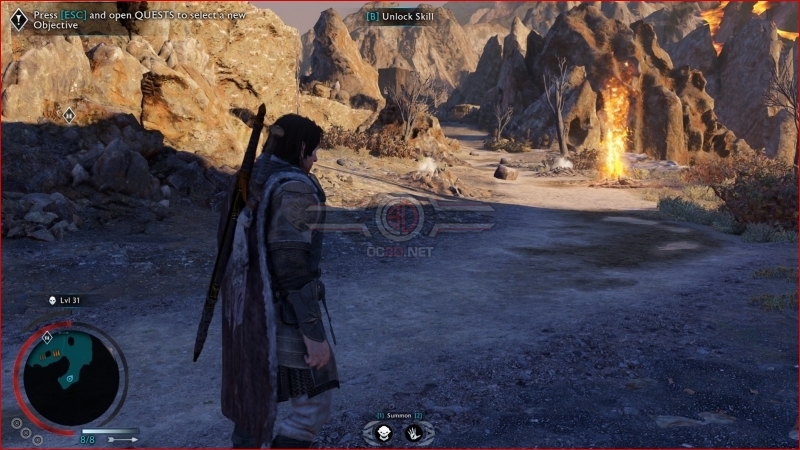 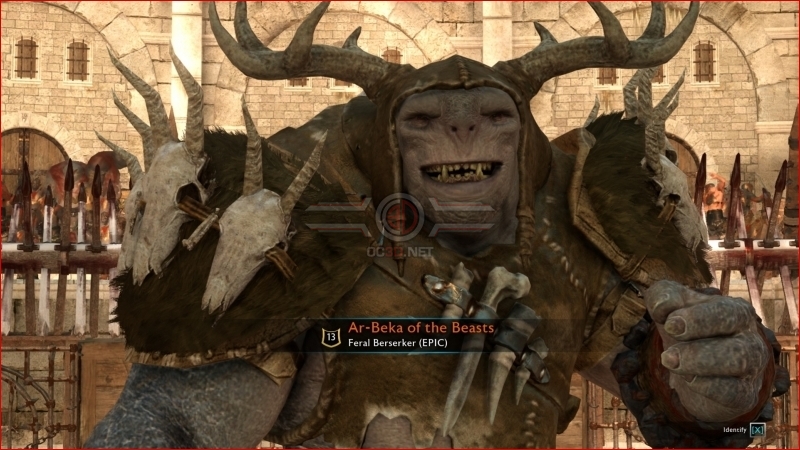 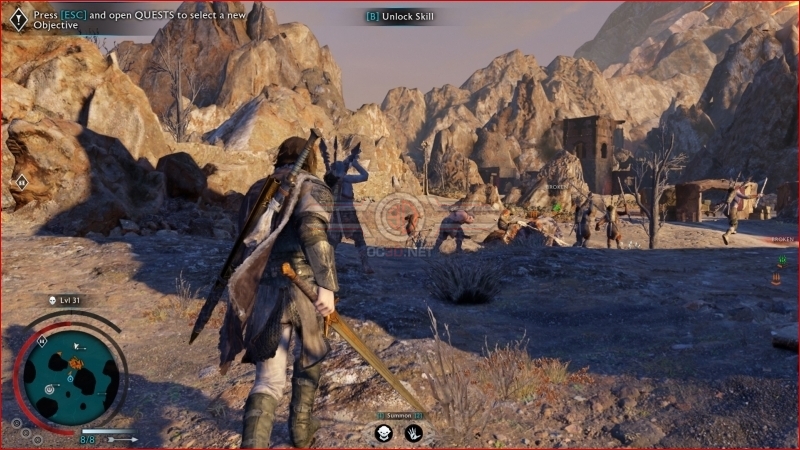 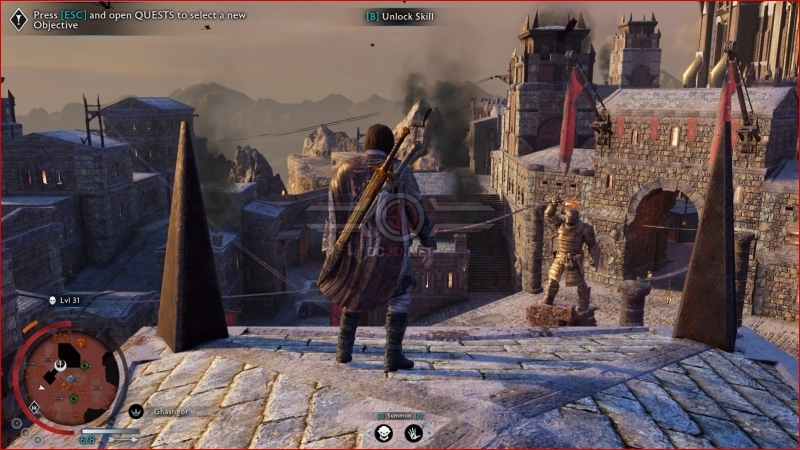 Using the game's Medium Preset, we found that the game would play at a constant 30+ FPS at anything other than a 720p resolution, with this target being achievable on both APUs. With an overclock it could be possible to stretch to 900p with the Ryzen 5 2400G, though this is something that we will investigate at another time.

What we decided to look at next is one of Shadow of War's best features on PC, a function which is used to great effect on console hardware. Dynamic Resolution Scaling, which is something that we will detail below. 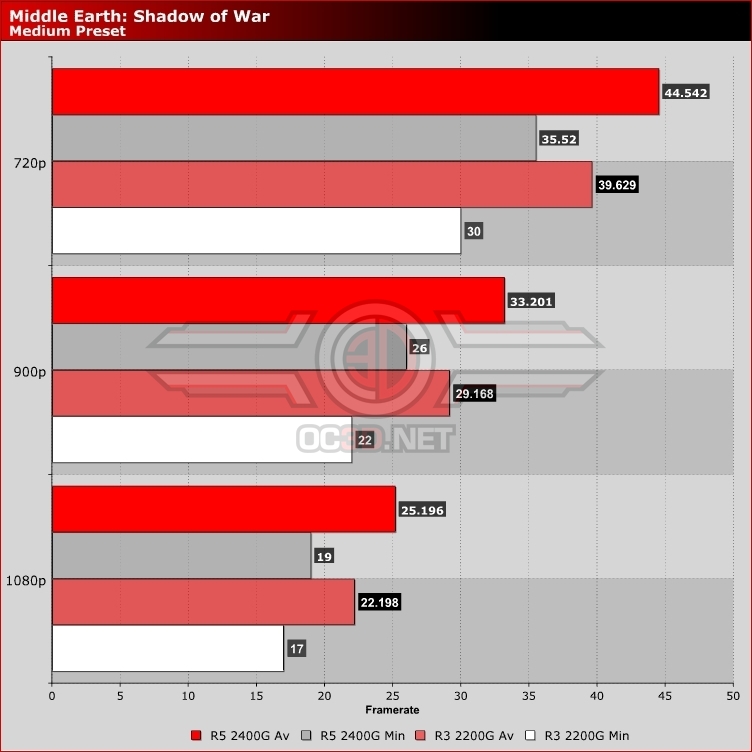 In recent years Dynamic Resolution Scaling has become incredibly popular on console hardware, allowing a game's resolution to dip for a softer visual presentation to retain a game's target framerate. This setting eliminates most performance dips (provided the game is or bandwidth GPU limited) while delivering a minor visual downgrade to users, bringing the game to a higher resolution when possible.

This feature remains rare on modern PC games, with Shadow of War acting as a great example of how well the function can work. In-game we set the title to aim for 30FPS with its dynamic resolution scaler, allowing the game to play with an almost constant 30FPS, with only a single minor dip in our test run.

With both APUs, the game will run well with medium settings and a dynamic resolution scaler that is set to target 30FPS. This is what seems to offer the best balance between graphical quality and smooth gameplay. 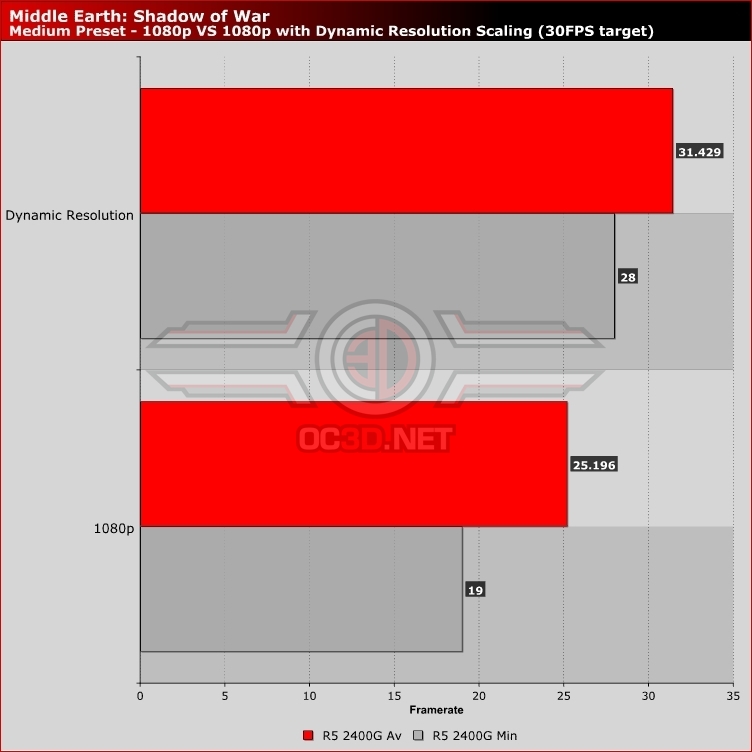