We have already mentioned that the Ryzen 2400G offers specifications that are very similar to Microsoft's Xbox One console, providing a GPU that is theoretically more powerful while also having a lower-end dual-channel memory sub-system.

This similarity in GPU specifications means that users of this APU should aim for the same resolution and framerate targets as the Xbox One, at least if they want comparable visuals in most cases, though in the case of Rainbow Six Siege, we had to push things a little further.

Competitive online shooters demand a high framerate, reducing the latency between taking an action and seeing it on the screen to deliver a more responsive online gaming experience. The Xbox One version of this game aims for 30FPS gameplay, while on PC we want to see 60.

This 60FPS target requires us to run the game at low settings, which doesn't look bad when the game is in motion, with the game playing with 60+ FPS framerates at 900p on our Ryzen 5 2400G, while delivering a few dips at this resolution on our lower-end 2200G. While the 2200G performs well here, users will need to overclock the APU or lower the game's resolution to 720p to achieve a steady 60+ FPS framerate. 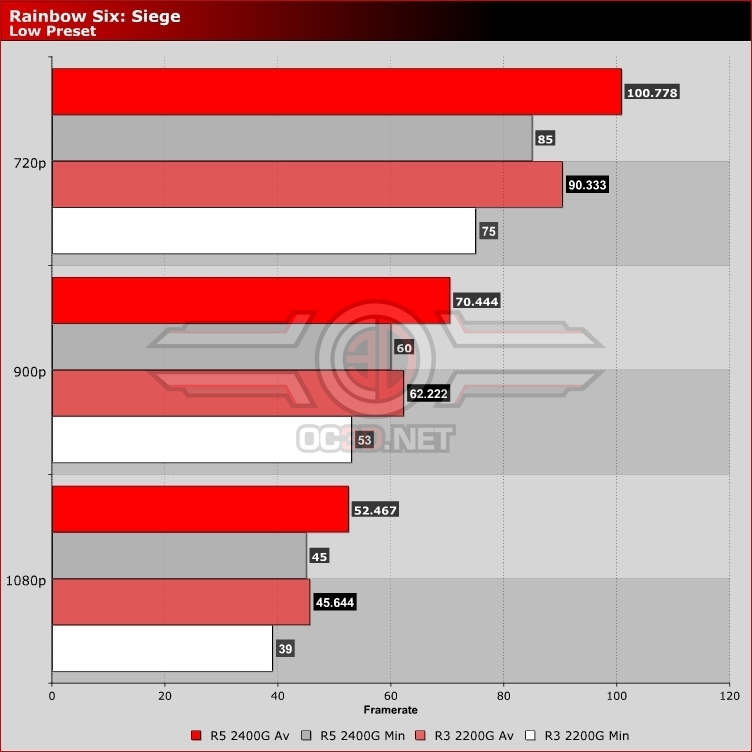