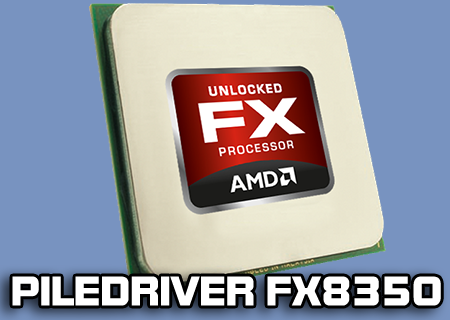 You would imagine that such calculative prowess would bring mind-blowing scores when rendering, but of course you have to take into account the woeful memory performance. So, in the end, the FX8350 is a bit better than the FX8150, a bit better than the quad-core i5-3570K, but left for dead by any current Intel processors. Even the i7-2600K whips it handily.

There are two parts to the POV-Ray test. The average result tell you how fast the whole system works, and the Per CPU gives a decent indication of how efficient each core is. So if we compare the two CPUs that AMD want us to compare, one i5 core is worth 378 PPS, whereas a single AMD FX8350 core is only able to give 218 PPS. Our 'two AMD for one Intel' still holds true.